Sculptor of Magnetism, Light and Sound

The Museum of Cycladic Art presents Takis. Sculptor of Magnetism, Light and Sound, from the 20th of May to the 25th of October 2020, an exhibition in collaboration with Tate Modern. The exhibition was conceived by the renowned UK critic and close friend of Takis, Guy Brett, and Michael Wellen, Curator, International Art, Tate Modern.

Over a 70-year career, Takis (Panayiotis Vassilakis, 1925–2019) created some of the most innovative art of the twentieth century. A sculptor of magnetism, light and sound, he sought out the essential poetry and beauty of the electromagnetic universe. Takis was one of the most original artistic voices in Europe since the 1960s. He died on 9 August 2019 in Athens.

The exhibition, the last conceived with the artist’s involvement, is one of the largest exhibitions dedicated to the Greek artist, and brings together a selection of works from the 1950s to the early 2000s, including the rarely seen Magnetic Fields (1969) installation, musical devices generating resonant and random sounds, and forests of his Signals.  The exhibition focuses on the recurrent themes of Takis work: metal and magnetism, light and darkness, sound and silence.

Exhibiting Takis work at the Museum of Cycladic Art is of particular importance, as the artist considered the Ancient sculpture, particularly Cycladic figurines, ann recurring source of inspiration...His early sculpture show direct influence of ancient Cycladic objects as well as that of modern sculptures of Alberto Giacometti, Alexander Calder, and Picassso. His innovative Signal sculptures, perhaps his best-known works, evolved from an interest to capture mystery and meaning of ancient art by using modern-day technology and symbols. It is the first time that Takis’s works will be under the same roof with the Cycladic antiquities that Takis so loved. 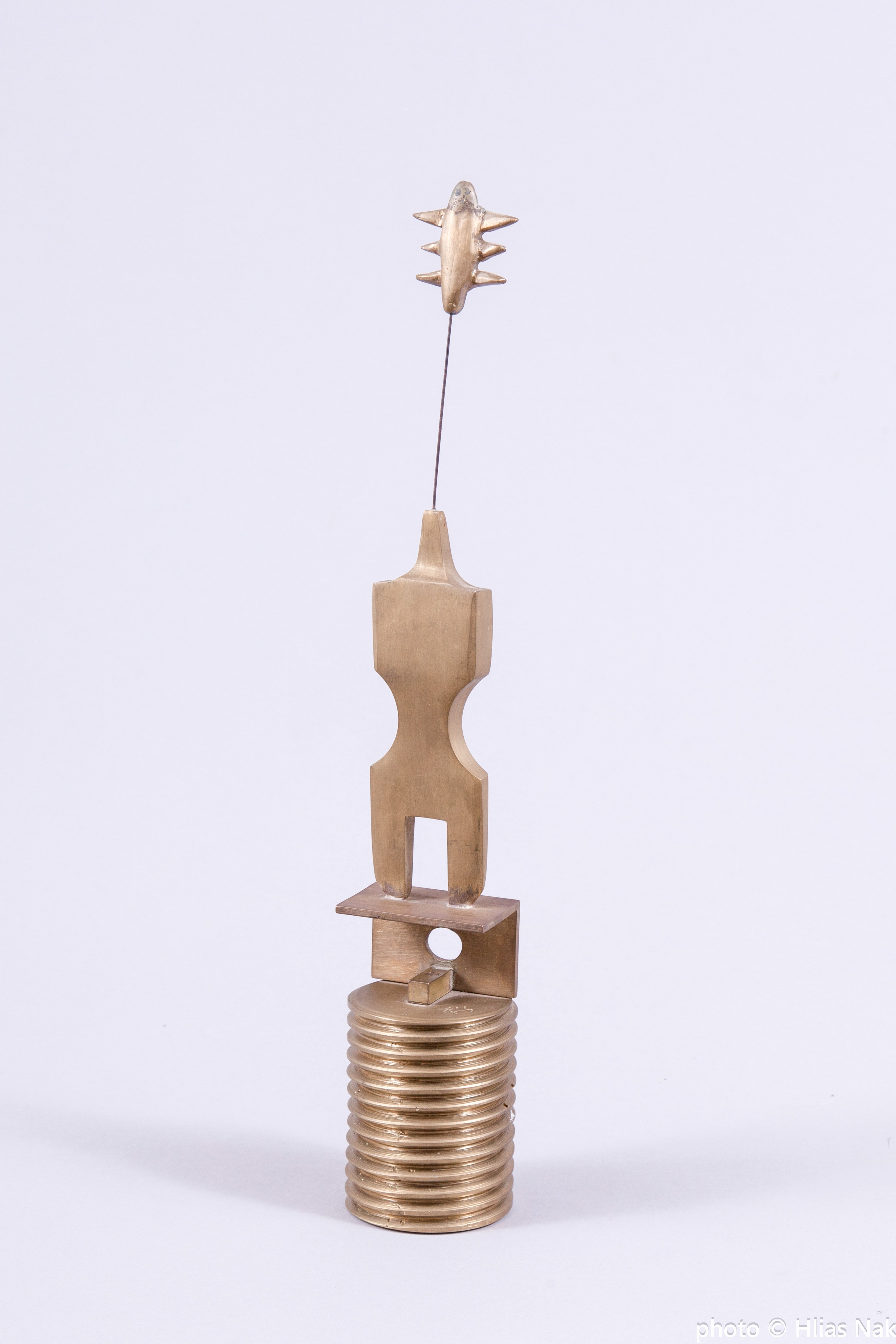 In Athens, Takis will be co-curated by Michael Wellen and Aphrodite Gonou, Contemporary Art Program Advisor at the Museum of Cycladic Art.

The Takis Exhibition is a traveling exhibition co-produced by the Tate Modern, the Museum of Cycladic Art and MACBA Museum, Barcelona.