The exhibition “Nostos” by Jannis Psychopedis, opening at the Museum of Cycladic Art on March 4, features about seventy works (paintings and mixed techniques) made from 1980 onwards. The selected works represent significant moments in the artistic career of the distinguished painter and professor at the Athens School of Fine Arts.

They are representative pieces from much-debated series of his known work, such as ‘Alphabet 24 +1 Letters’, ‘Winged words. Notes on the Odyssey’ , Visual journey in the poem of Parmenides’, ‘Tale of two cities, ‘The letter that never arrived’, ‘Fragile paintings’, ‘Columns and pillars’, ‘The heritage of Apollo’, ‘Flowers of stone’ (images based on the poetry of G. Seferis), ‘The bottom edge’ and ‘Knowledge of one’s country’.

The concept
Throughout his career, Psychopedis has focused on a balanced relationship between the conceptual charge of his work and the high plastic quality of his painting. He has handled his memories and experience with great immediacy and freedom, devoting himself to the deep exploration and understanding of our world. Expressionist gestures and abstract formulations are familiar elements in his artistic expression. His critical intent and reflective eye enable him to comment directly or indirectly on reality.

“Nostos”, stresses the curator of the exhibition, Takis Mavrotas, “expresses Psychopedis’s intellectual daring and his insistence on constantly walking a tightrope, sometimes turning his gaze to the eternal forms of ancient Greek civilisation and sometimes sinking reflectively into modern reality. His painting is identified with his maturity, reinforcing the sense that each work is like a funerary monument. Form and content, in complete balance, define the radical daring of the formulations of his painting. His work, which is completely pioneering, is firmly founded in reality, revealing his ideological beliefs about historical memory and his age”.

Biographical information about Jannis Psychopedis
Jannis Psychopedis studied in the engraving workshop at the Athens School of Fine Arts (1963-1968). In 1970 he received a DAAD scholarship and went to Munich, where he continued his studies at the Academy of Fine Arts. From 1977 to 1983 he lived and worked in West Berlin, with a scholarship from the artistic programme of this city. At the same time, he attended courses in sociology and art history at Berlin University. In 1987, he moved to Brussels, where he lived until 1992, after which he returned to Greece. In 1994 he was appointed professor in the Athens school of Fine Art.

He has presented his work in many individual and group exhibitions in Greece and abroad. He was also a member of the group “A” in Athens and 10/9 in Munich, and a founder member of the group of ‘New Greek Realists’ and of the Centre of Visual Arts. Theoretical articles by him on aesthetics, art and society have been published in books, newspapers and journals. 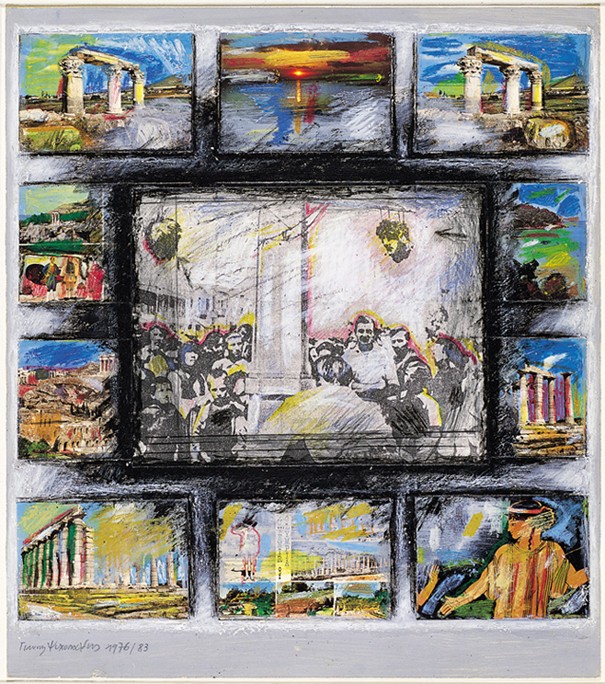 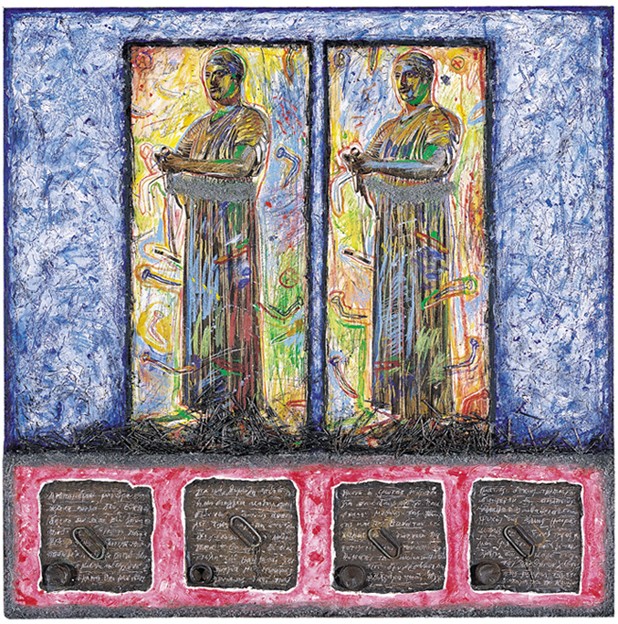 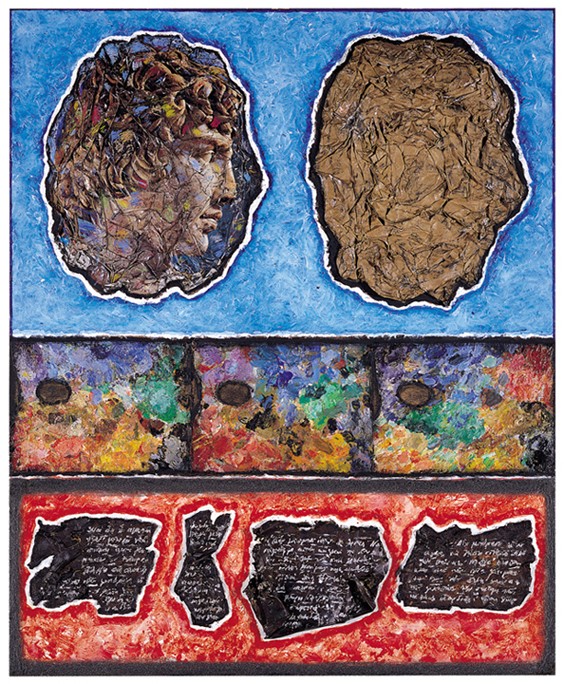 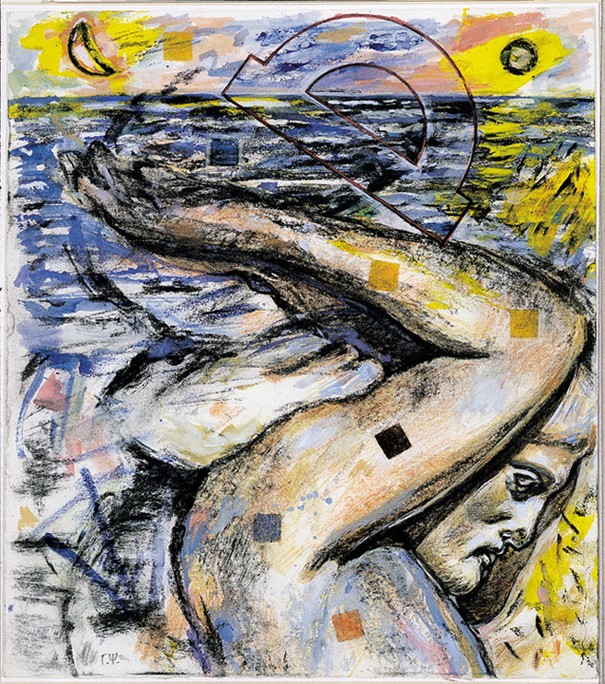