“Figures’ loved and idealised …Illustrating poems by C.P.Cavafy” focused on figures that play a leading role in Cavafy's poetry. Inspired by the verse “Voices, loved and idealized” from Cavafy’s poem Voices, the exhibition used archaeological artefacts to illustrate a selection of poems with mythological and, especially, historical subjects, which experts believe comprise approximately one third of Cavafy’s work.

These are drawn either from myth or from the pages of history and, especially, the broader horizon of the Hellenistic world as it formed under the successors of Alexander the Great. Other sections relate to historical figures and events of the Roman period and Late Antiquity, to the transitional period before Christianity’s predominance, and to the Byzantine and Post-Byzantine periods.

The exhibition was organised in collaboration with the Cavafy Archive/Onassis Foundation and the Hellenic Ministry of Culture and Sports. It presented 67 ancient artefacts, that illustrate the 27 selected poems, and which come from 14 Greek museums.

This exhibition was an evocative exposition of the true meaning of some of Cavafy’s most important poems, bolstered by the museographical display and scenography. Thus, meaning and ancient artefacts merge so that a poem’s moment of conception and writing is moved to the time of Cavafy’s protagonists, offering the reader-visitor a novel ‘communion’. 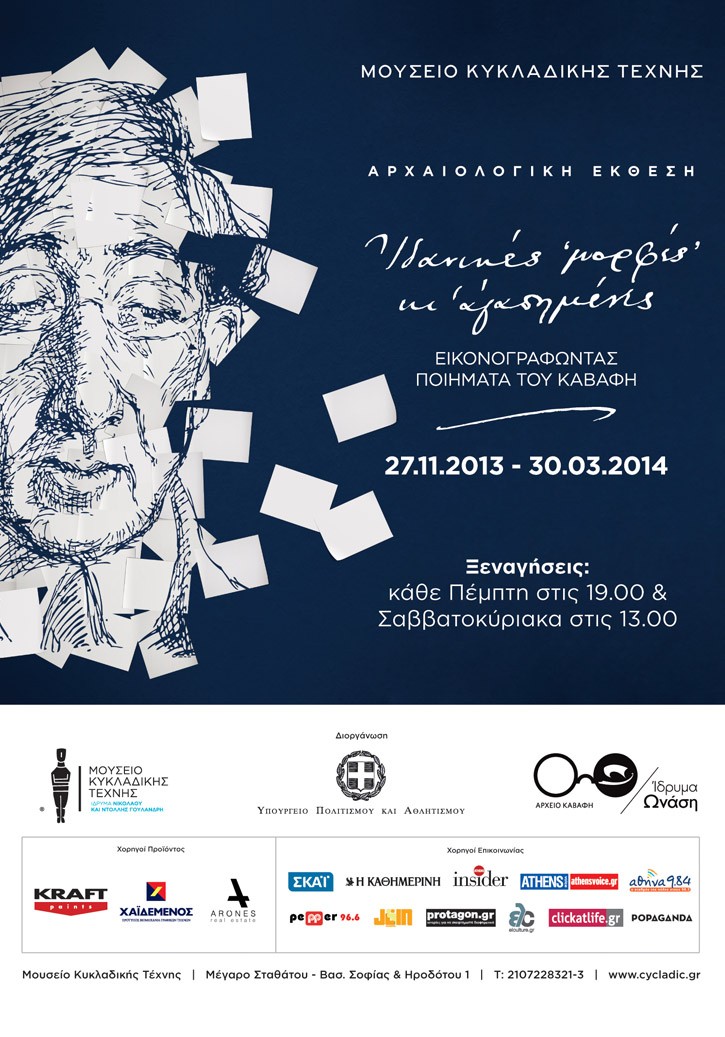 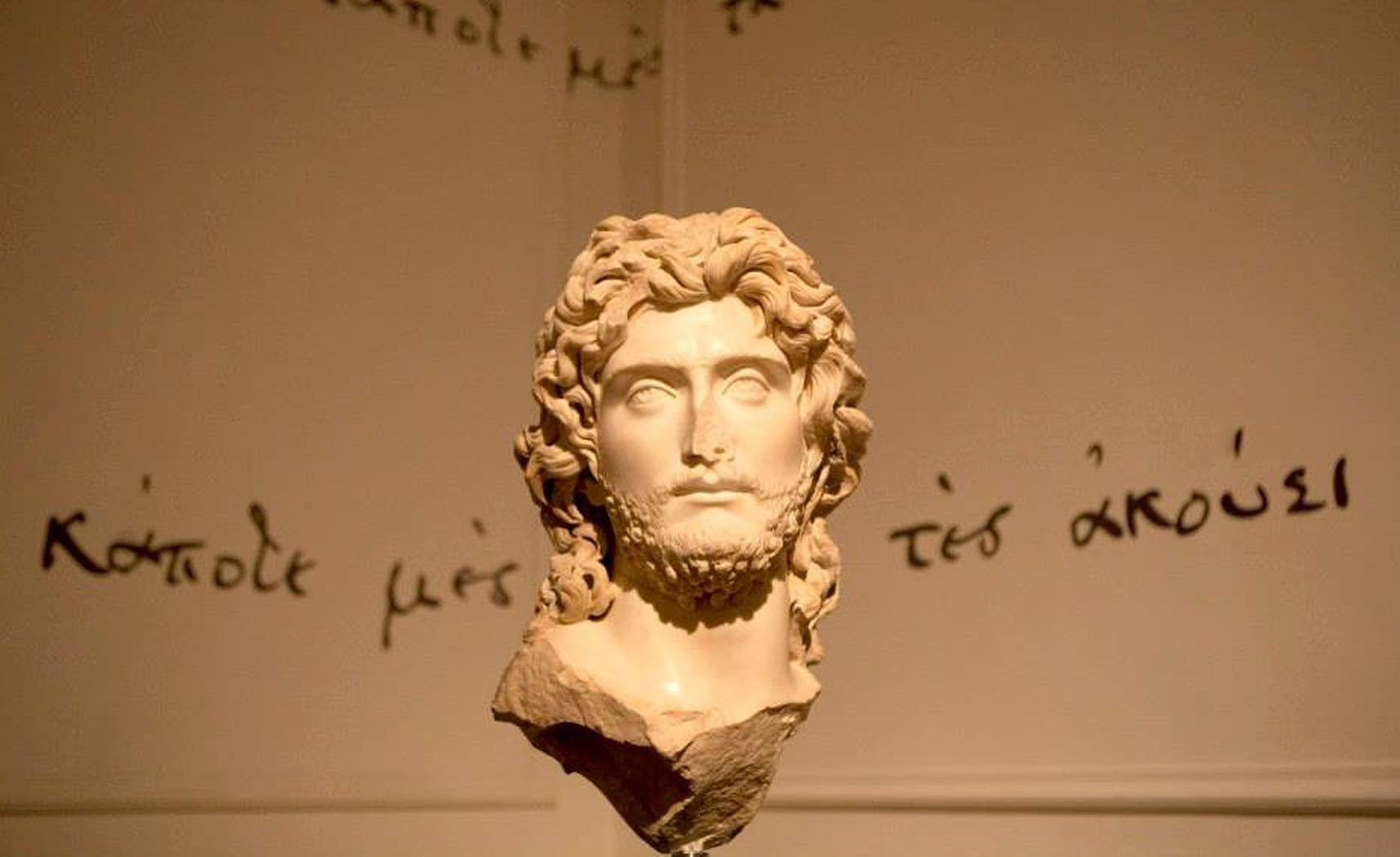 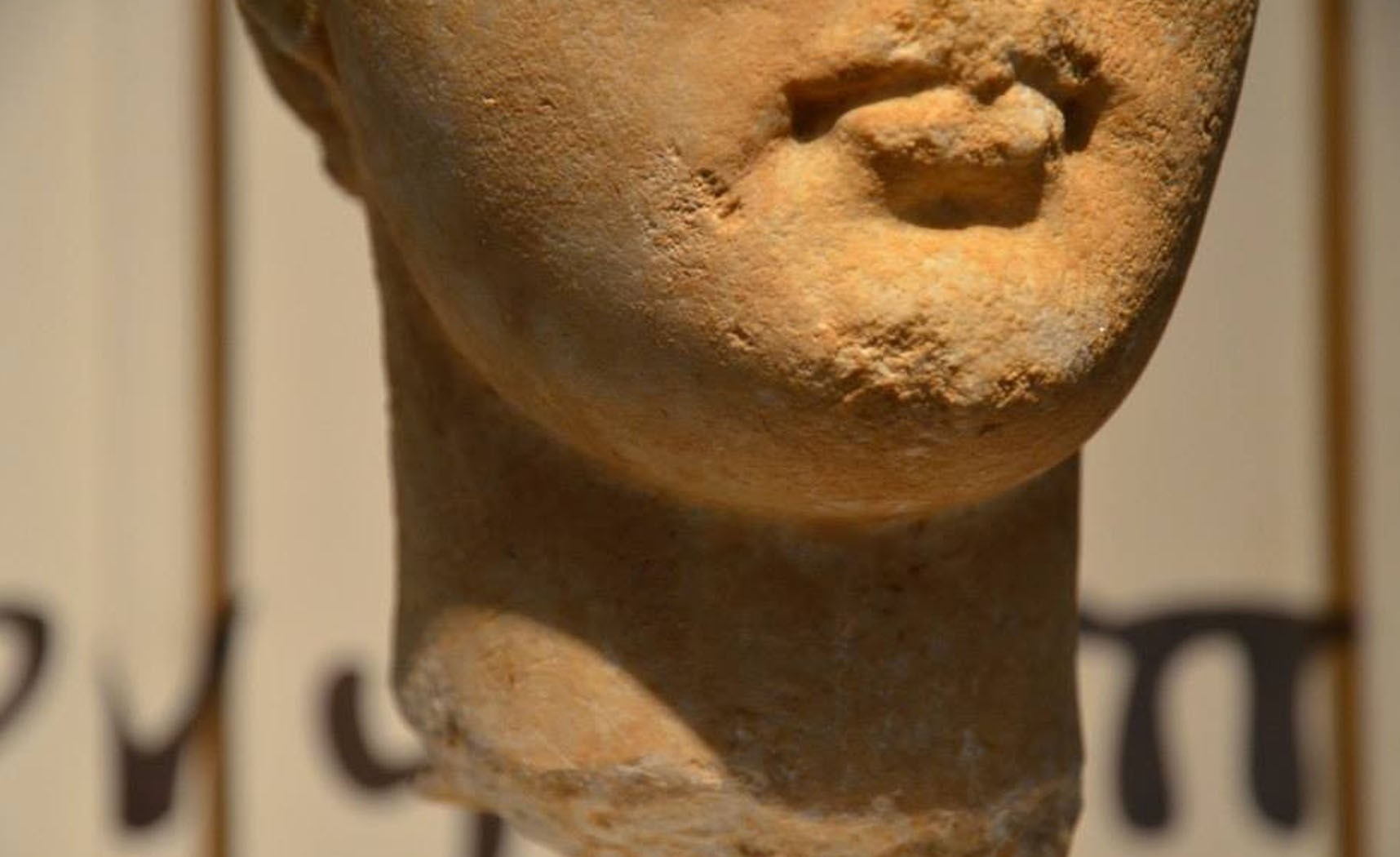 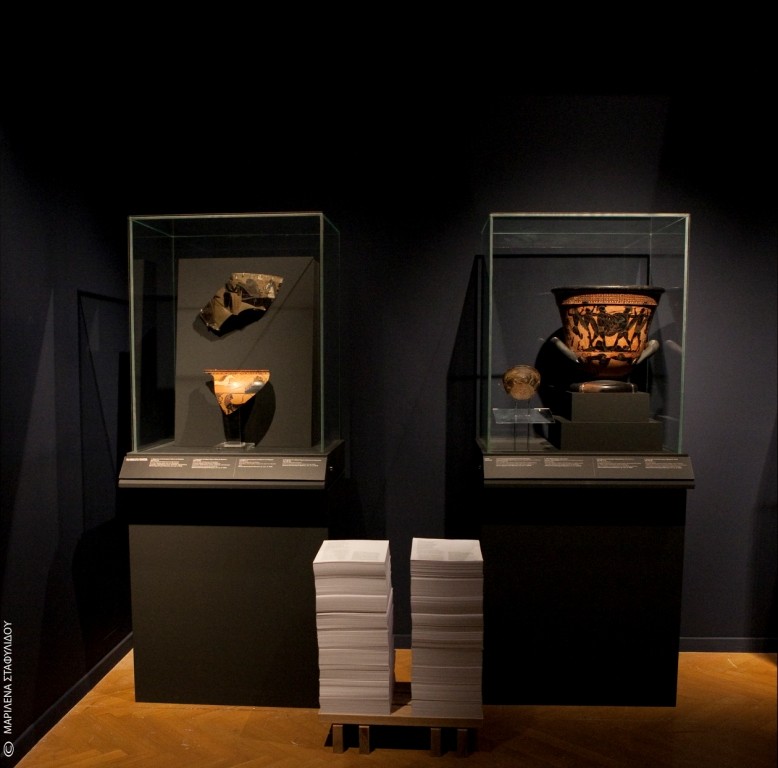 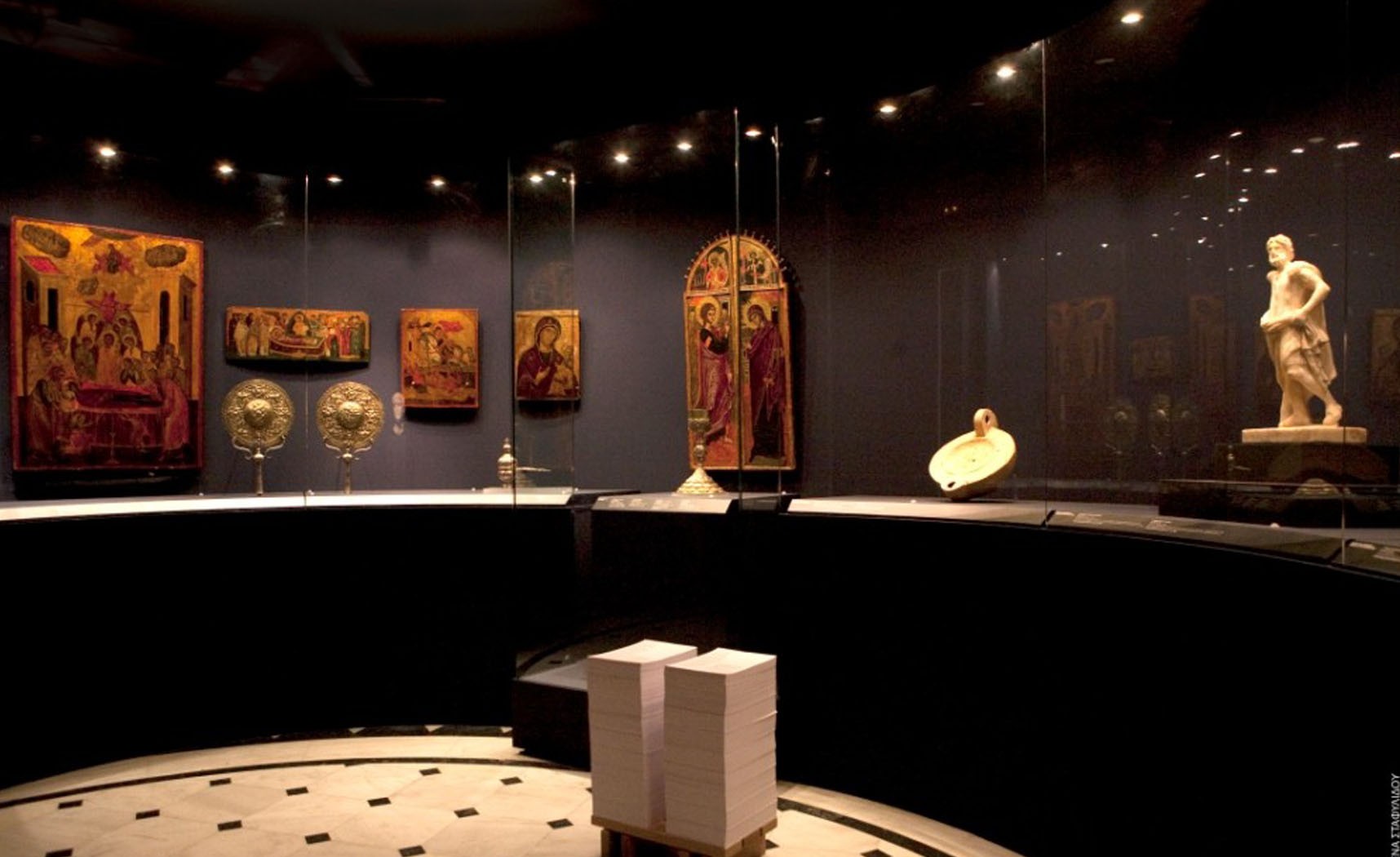 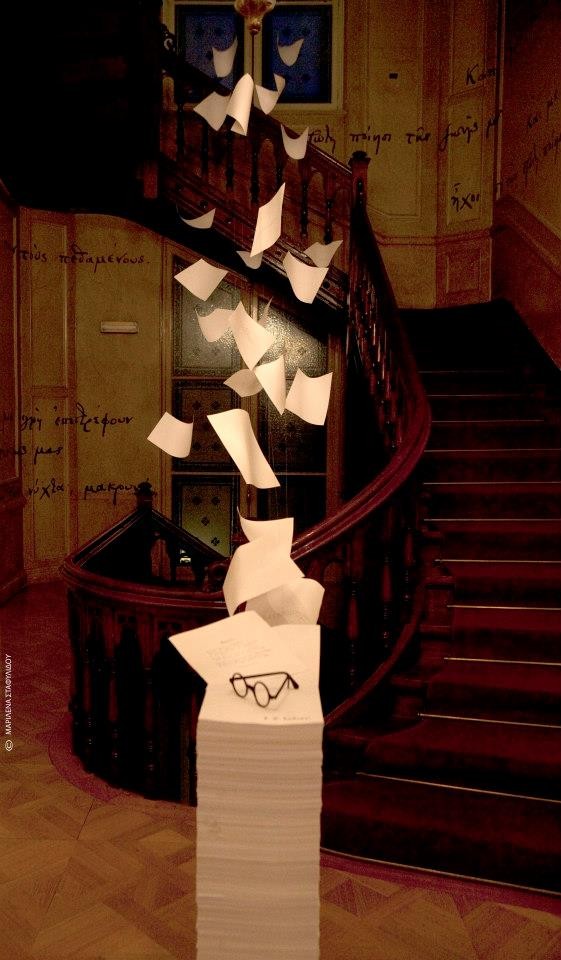 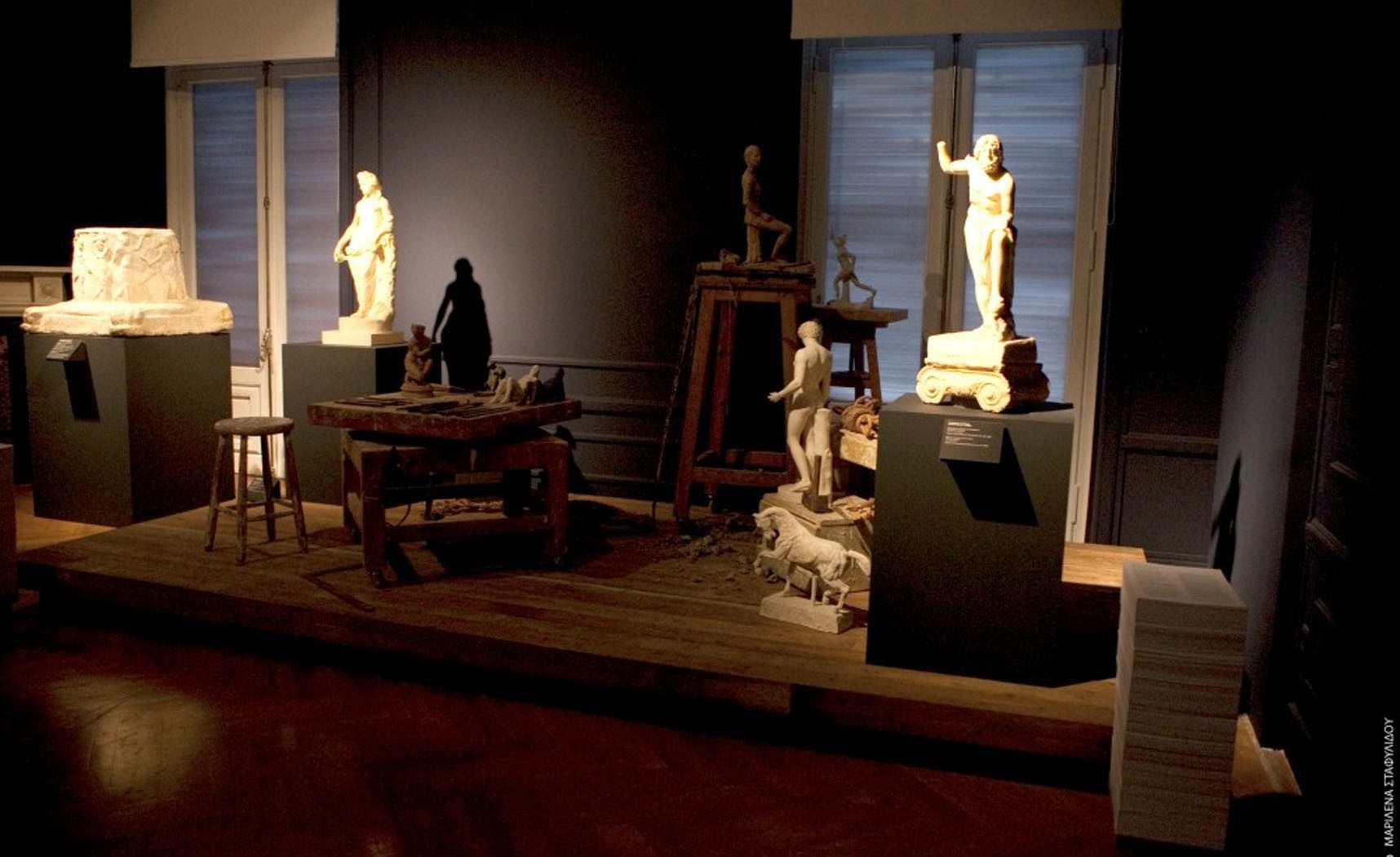 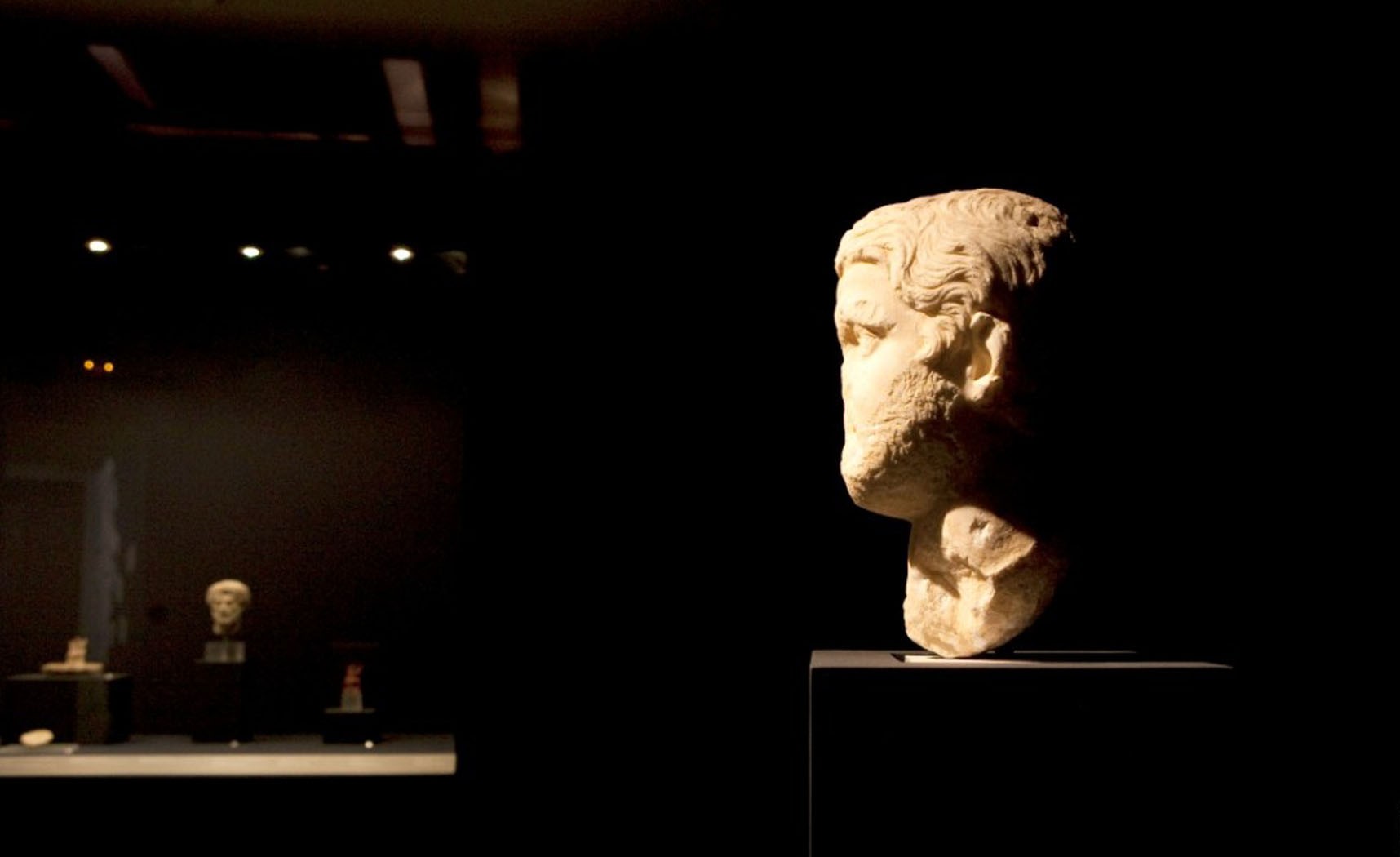 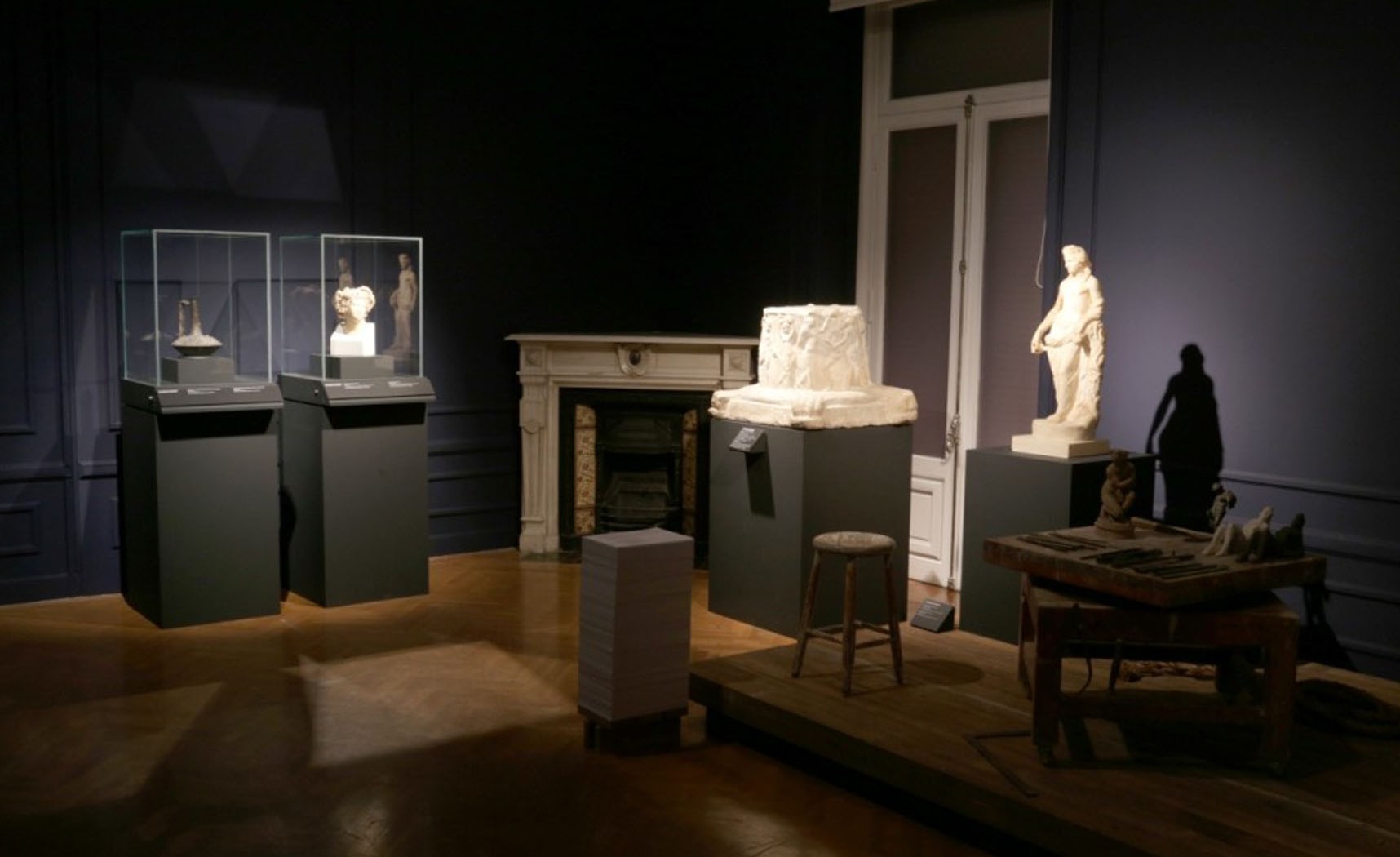 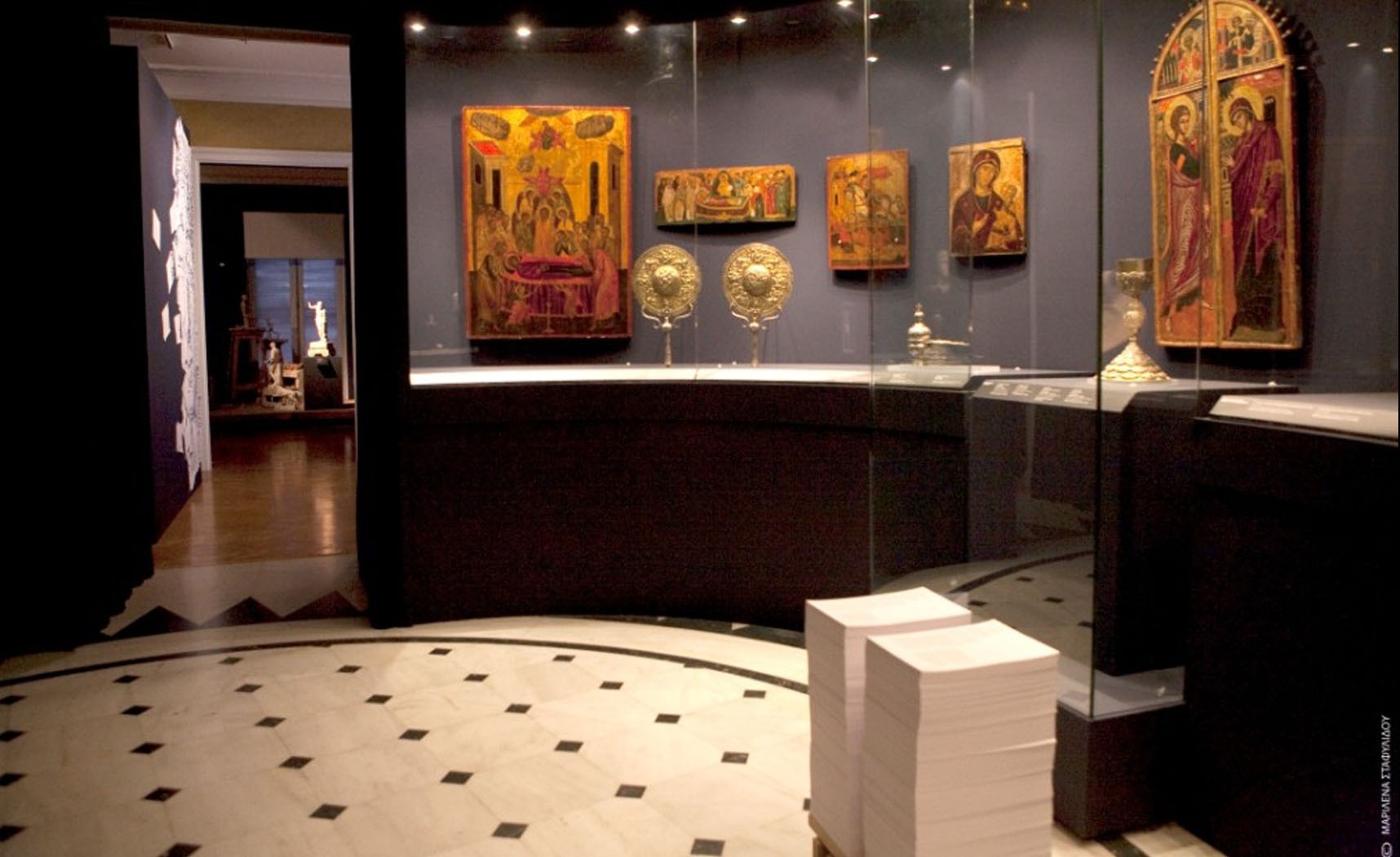 | Poems inspired by historical events of the variegated Hellenistic period, as it formed under the successors and descendants of
Alexander the Great. This section -in the first gallery of the Stathatos Mansion- begins with the legendary, supreme commander Alexander the Great, king of Macedon. It then moves to King Demetrius Poliorketes of Macedon and his dealings with King Pyrrhus of Epirus, to Antioch and the Seleucids, before focusing on Egypt’s glorious past under the Ptolemies. It refers, in particular, to the increasing influence of Rome on cosmopolitan Alexandria at the time of Cleopatra and Mark Antony and the mood that prevailed after the crushing defeat of their joint forces at the Battle of Actium by Octavian in 31 BC. The ‘historical’ poems in the second room focus on the Hellenized ‘barbarian’ rulers of the Pontus and Parthia, in regions of Persia and Mesopotamia, on great men of Rome's Republican and Imperial periods, such as Julius Caesar and Nero and on important orators like Herodes Atticus of the 2nd century AD.

| Poems with mythological subjects inspired by the Trojan Cycle, the life of Achilles, the conflicts between illustrious Trojan and Greek
heroes, and the relation between gods and mortals. This and the following groups are shown on the first floor.

| Poems with pseudo-historical content, in which imaginary sculptors and metal-smiths create beautiful objects for well-known rulers of the Hellenistic world, with references to Hieron, tyrant of Syracuse in Sicily, Antiochus IV Epiphanes of Syria, and the early years of Roman rule. These poems examine the connection between art and life, artistic freedom and the ideal in art in relation to the imperatives dictated by authority or by desire for personal gain, both economic and social.

| ‘Funerary’ poems, as scholars call them, in which Alexandrian youths, both pagan and Christian, play the leading role; all of them died prematurely but had, during their lifetime, experienced intellectual and artistic encounters, along with the propensity to
sensual and luxurious life.

| Poems referring to worship in Late Antiquity, to pagan and Christian religious practices, and to the often violent transitional period from the old to the new religion, before Christianity’s predominance. This section closes with the poems ‘The priest of the Serapion’ and ‘In Church’, in which Cavafy muses over the ‘glorious’ historical past of the Greek Christian religion in a Post-Byzantine environment.