Tribute to the poet of Romiosini

On the occasion of the centenary from the birth of Yannis Ritsos, the Museum of Cycladic Art presents an exhibition as a tribute to the poet of Romiosini.

The poet Yannis Ritsos had a long and diverse presence, from 1934, the year of publication of his first poetry collection, Tractor, until 1989, when he produced his last collections, including Seconds and Boat Whistles. The tribute by the Museum seeks to highlight a selective yet characteristic aspect of his poetry, focusing on the poet’s painting production.

The exhibits comprise manuscripts, mainly quotes or fragments of long poems inspired by the mythological or historical Greek past, which fascinated the poet from his early years. Poems such as Hercules and We, Ancient Theatre, Phemonoe, The Desperation of Penelope, Consequences, from the collections Testimonies and Repetitions, accentuate Ritsos’s narrative ability to connect the past with the present and to fuse them, inevitably, with personal and political events, national tragedies and the traumas of modern Greece. In his poetry he was able to capture the permanence of Greece.

The tribute to Yannis Ritsos is complemented by photographs from the years of his youth, the period of recollection and isolation, and the time of acclaim; the poet’s painting production is also showcased. It has been aptly suggested that Ritsos saw life through a painter’s eye. The poet’s pictorial approach is evident in his solitary preoccupation with the natural contours of objects, such as roots, bones, and above all stones and pebbles, which are found in abundance in the arid islands of Greece, perhaps as a result of the universal “urge of expression against decay and loneliness”. Stones and pebbles: These were the materials that Yannis Ritsos used, the “plentiful raw material on which one could mark or underline by felt tip pen or Indian ink what the stone itself dictated”.

On the stones of Yannis Ritsos are depicted solitary figures or large groups of people, frontal, in conversation, or sensual couples – archaic figures enduring in time. It is as if these figures spring out of his poems in order to meet characters from myth, the Trojan War, the tragedies – Hercules, Agamemnon, Orestes, Electra, Eleni, Philoctetes – characters incessantly fusing with later ones, never ceasing to exist in collective memory.

All exhibits come from the collections of the Benaki Museum, which eagerly responded to our loan request.

We would also like to thank The National Book Centre of Greece (EKEVI) and the Hellenic Broadcasting Corporation (ERT) for the loan of films, as well as Lyra. 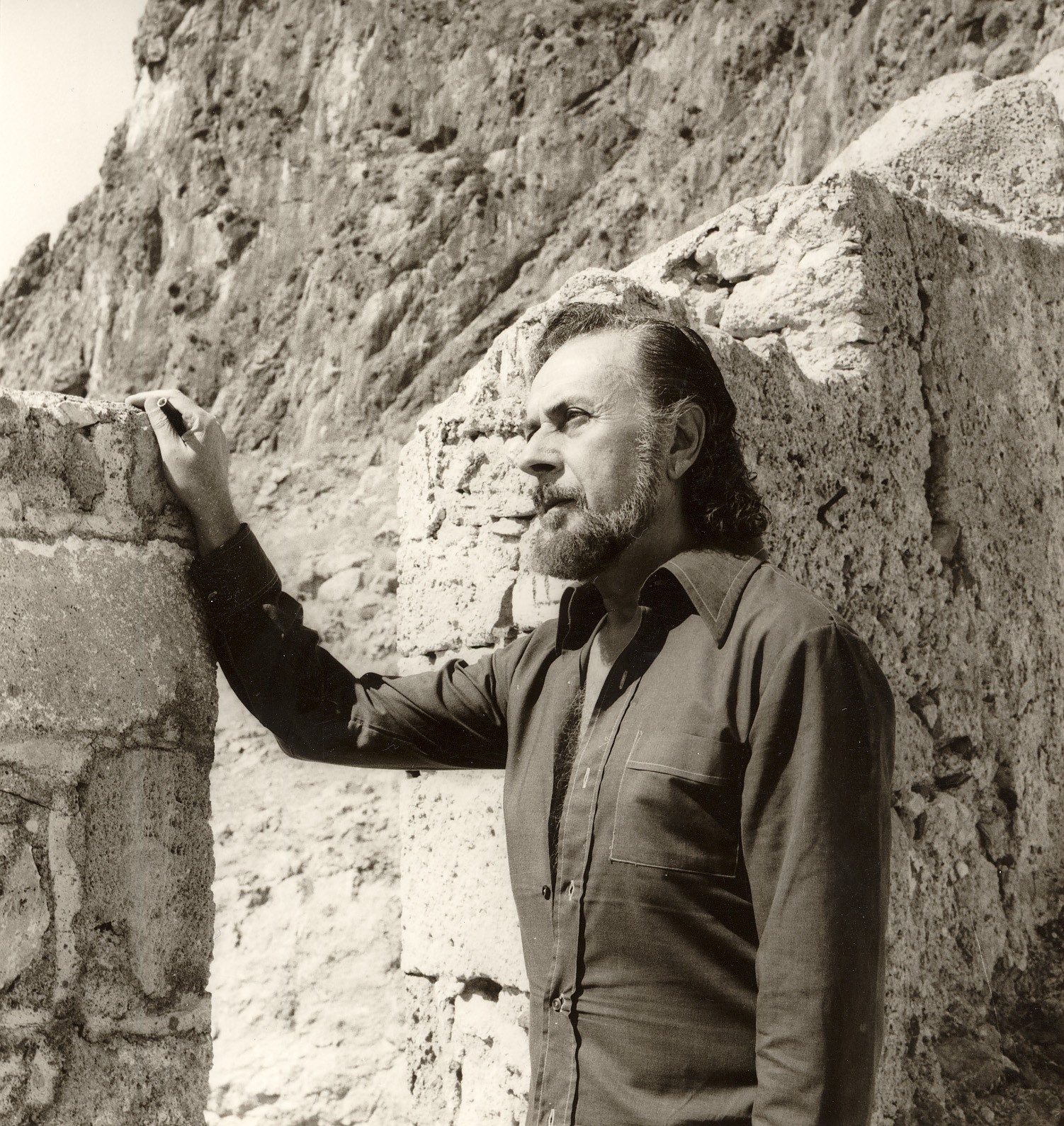 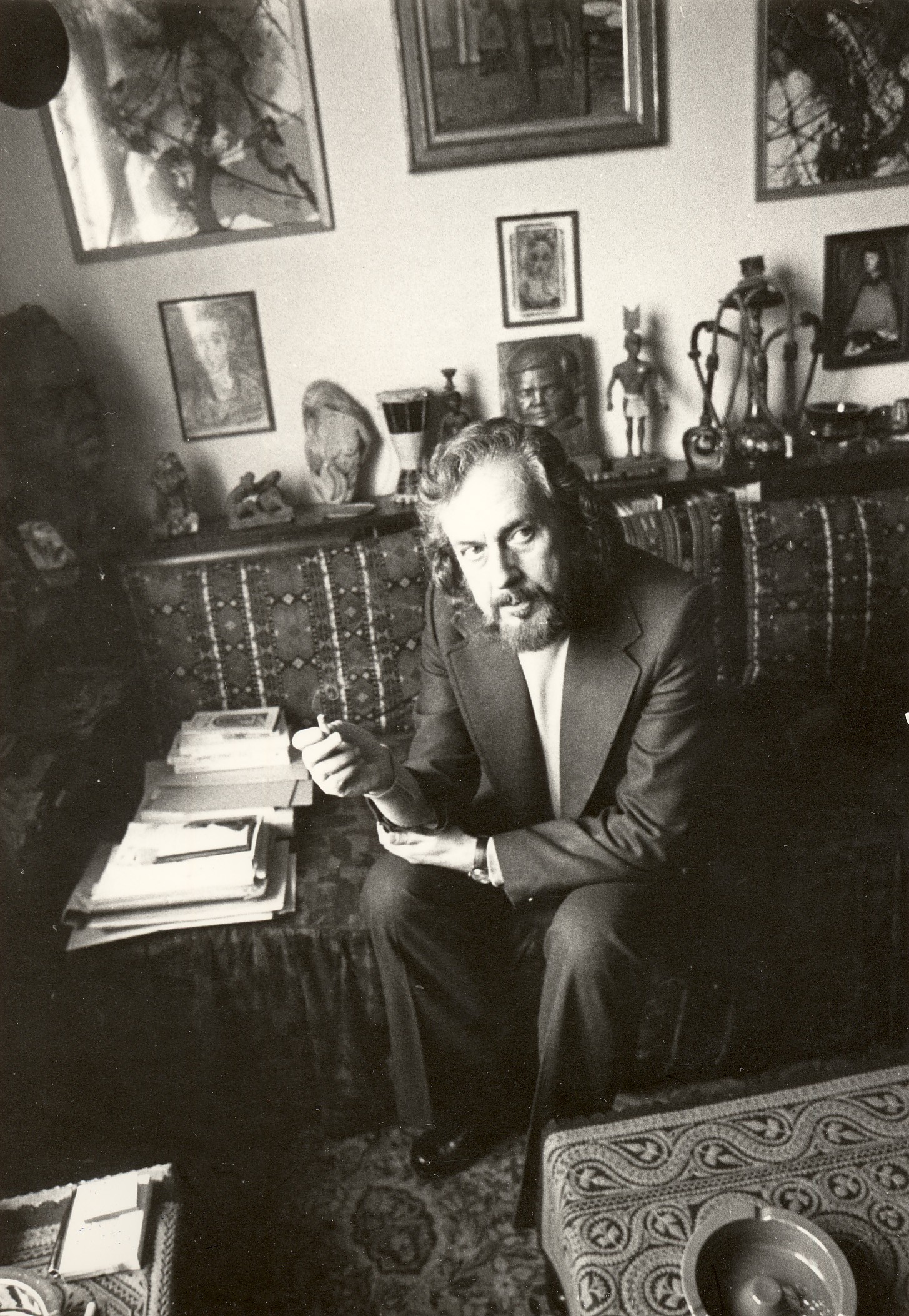 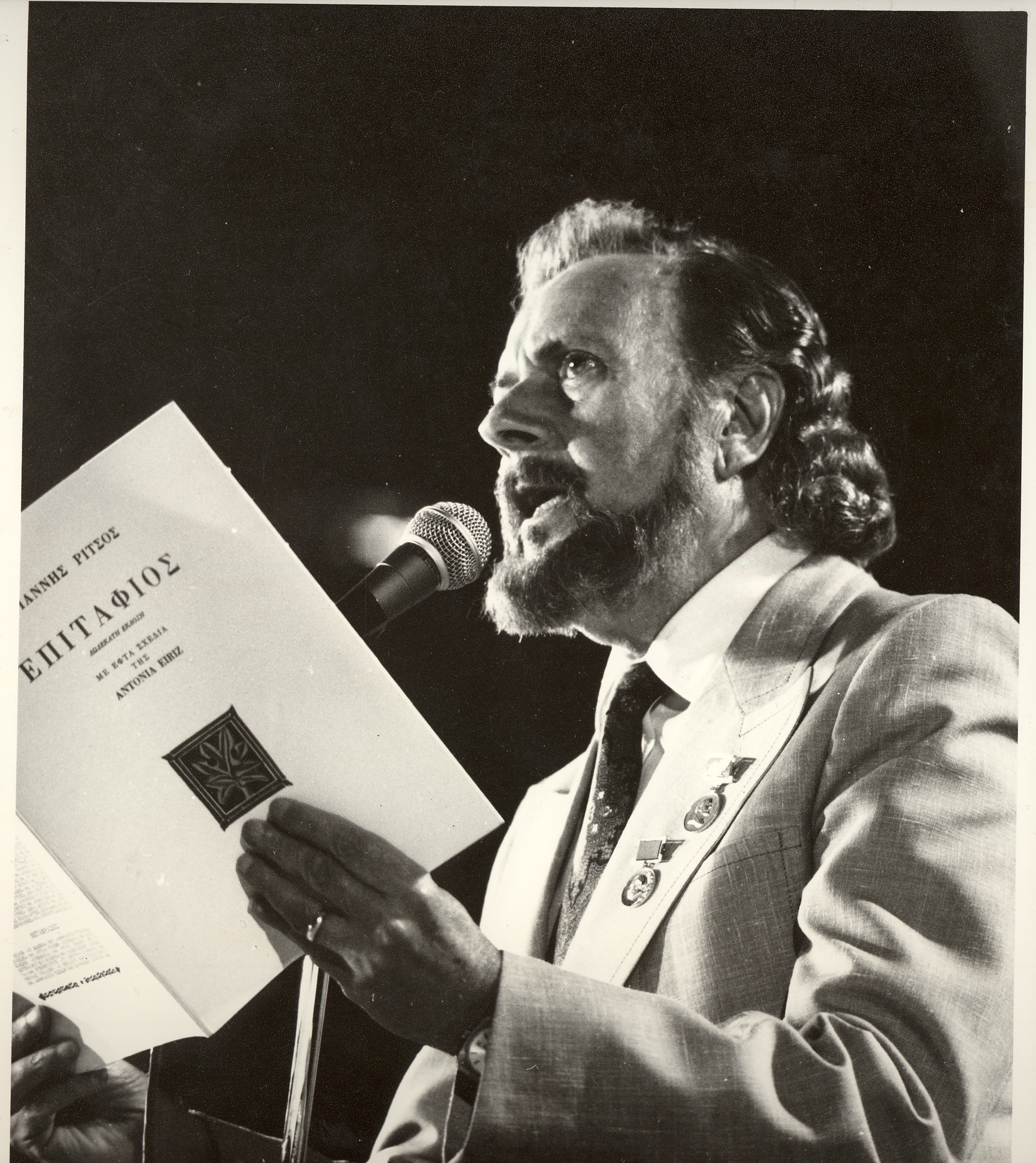 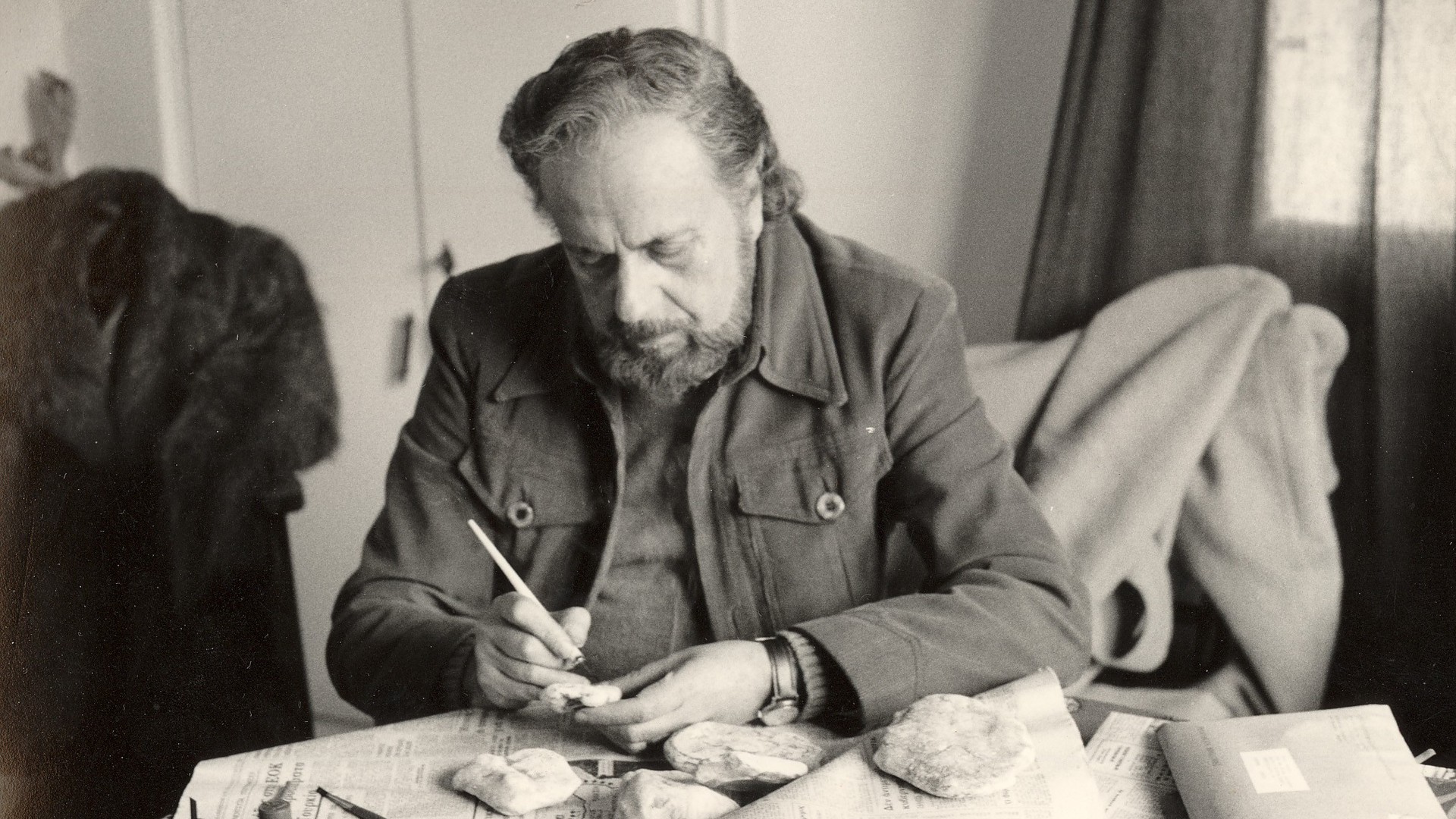 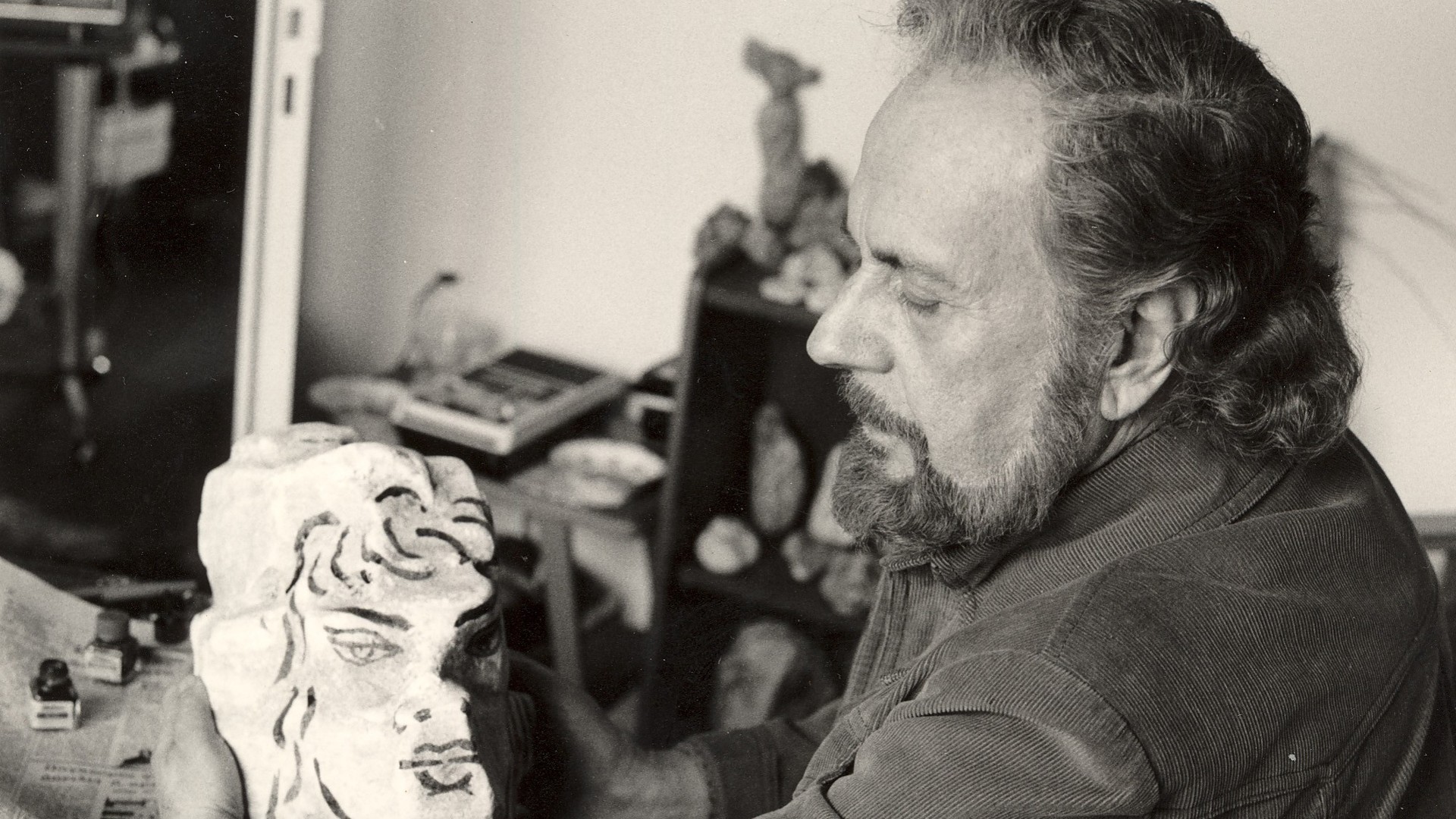 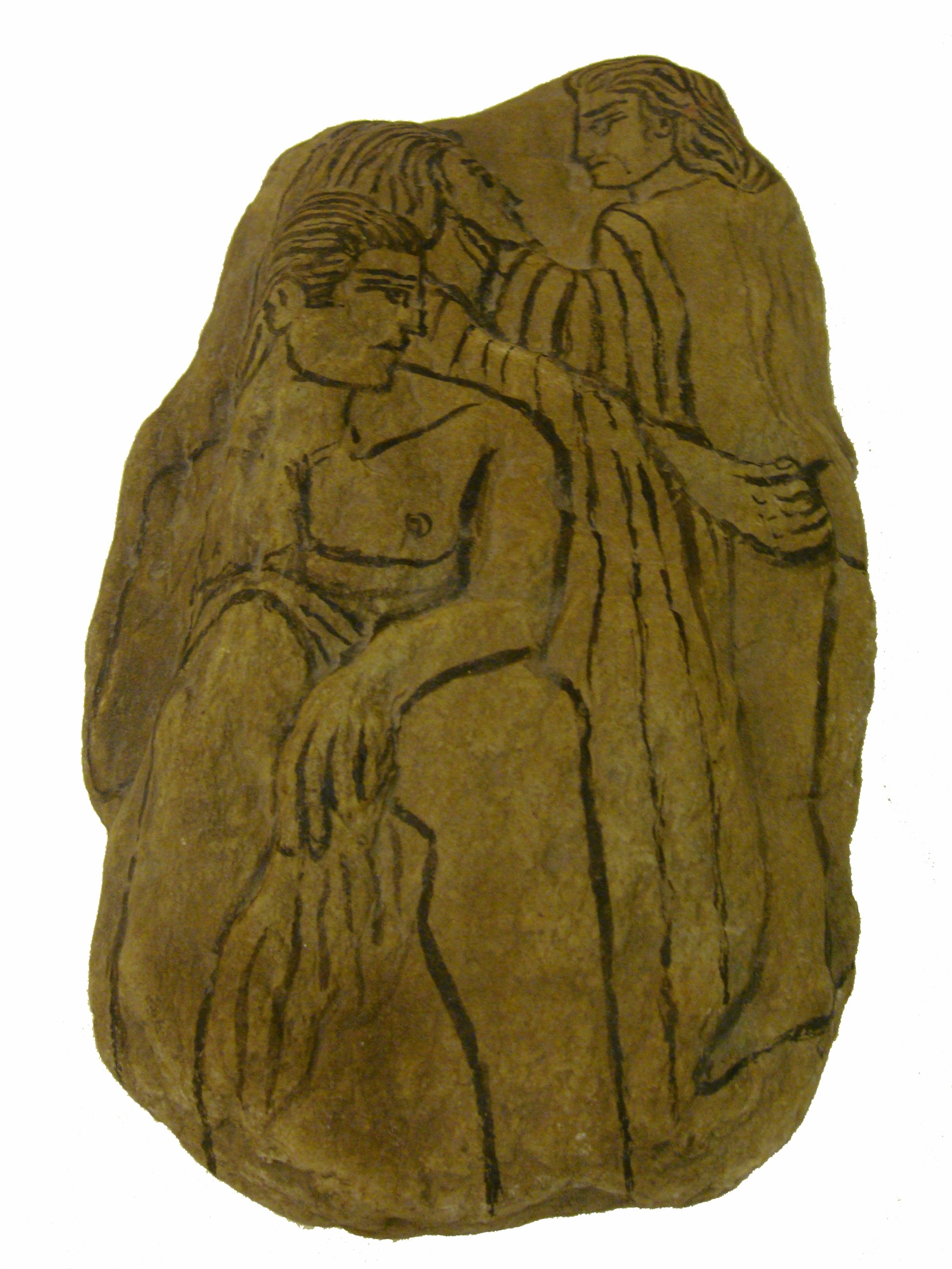 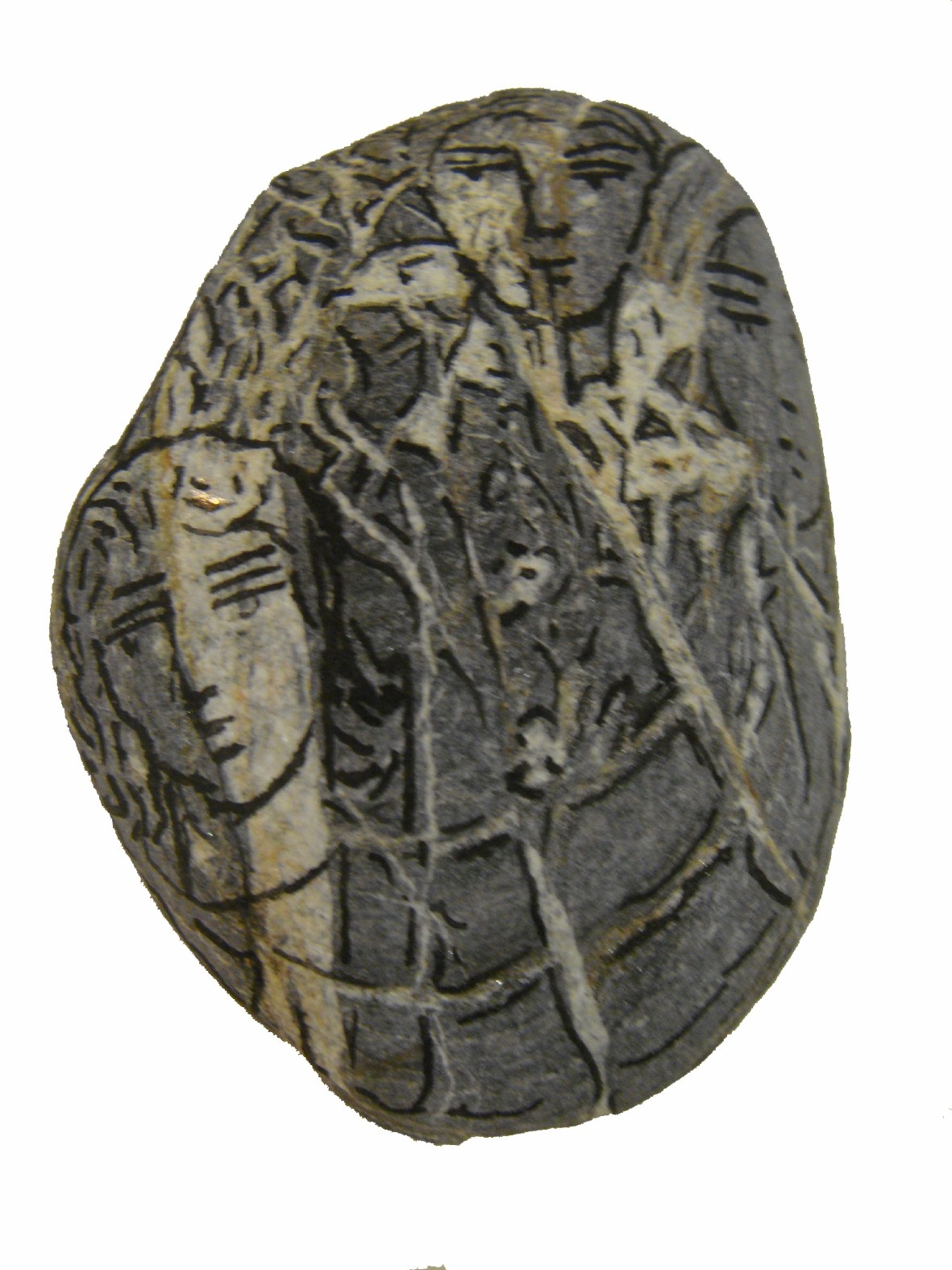 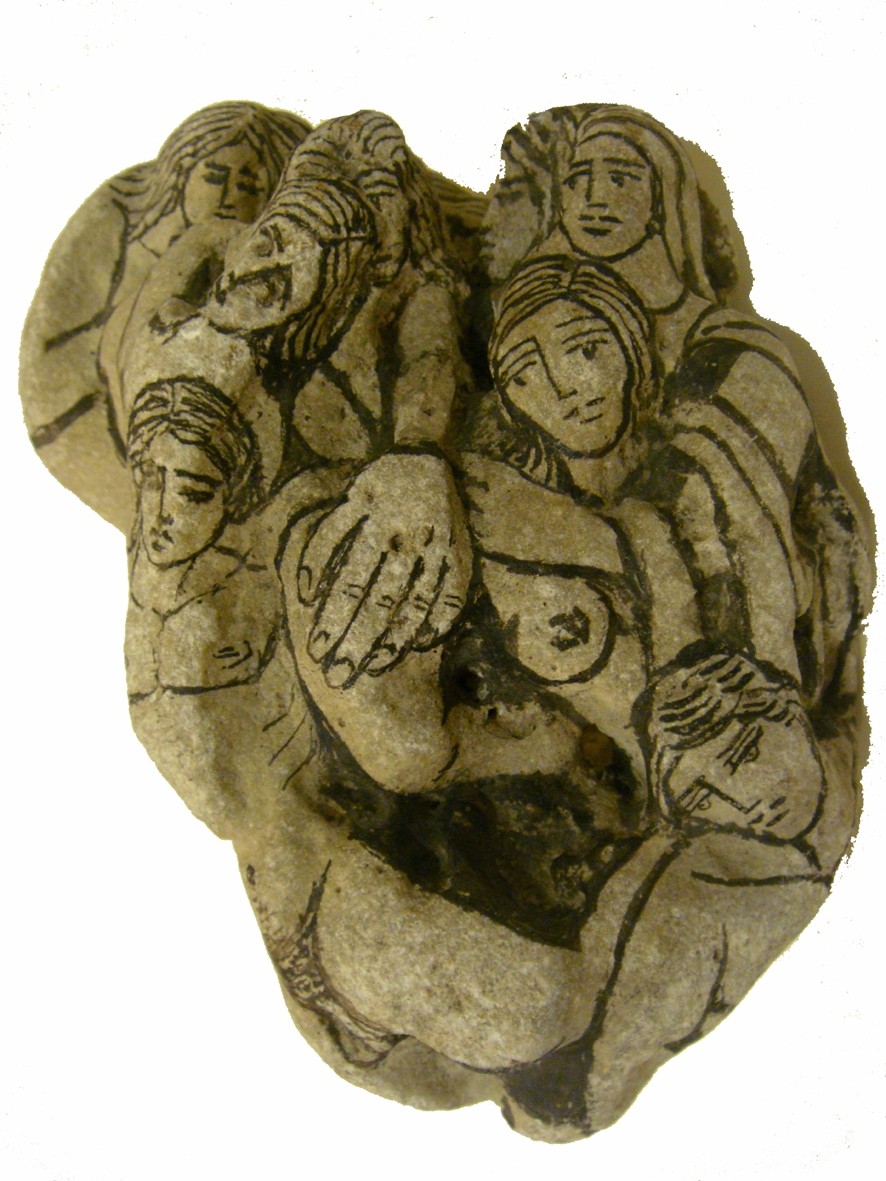 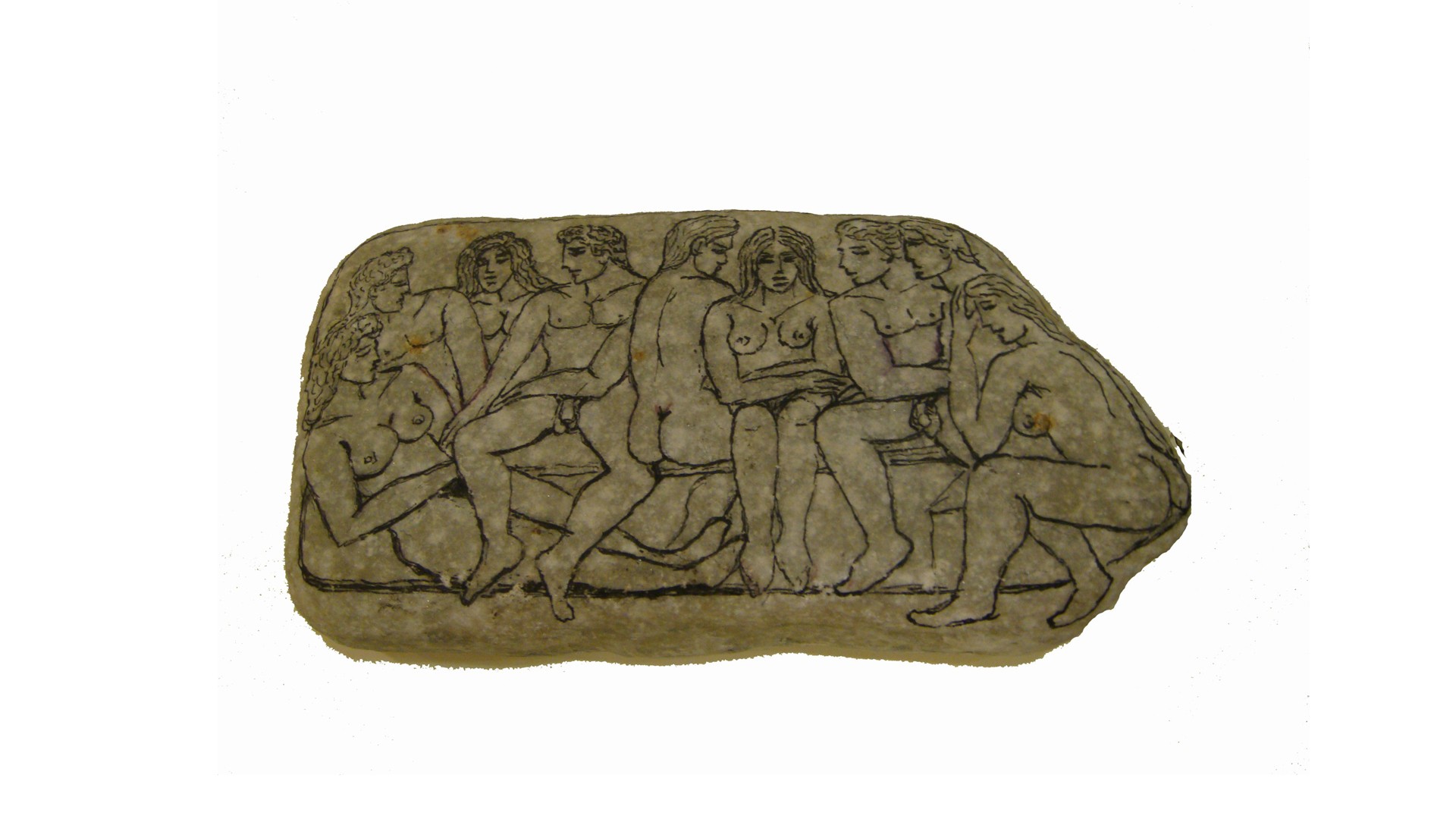 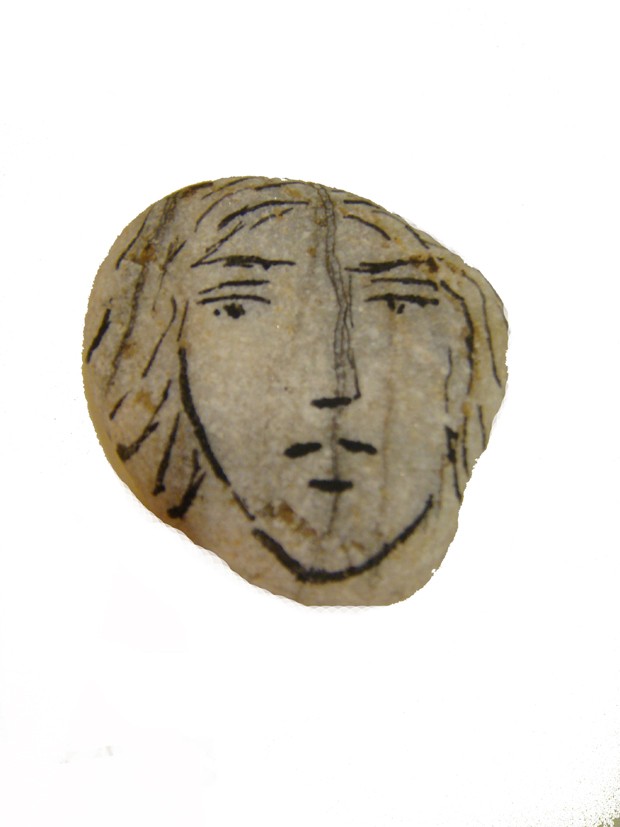