Athletics and the Olympic spirit in the periphery of the Greek world. Southern Italy and Sicily

The Museum of Cycladic Art in cooperation with the Organising Committee of the Olympic Games ATHENS 2004, in the framework of the Cultural Programme of the Olympic Games 2004, presented the archaeological exhibition "Magna Grecia: Athletics and the Olympic spirit in the periphery of the Greek world", from June 23 to October 2, 2004.

The exhibition explored the development of athletics in the western regions of the Greek world - namely the cities of southern Italy and Sicily - and the political and cultural significance of the participation of athletes from these cities in the panhellenic games of the "motherland", mainly Olympia but also Pythia, Isthmia, and Nemeia.

By participating in those athletic events - which were restricted only to athletes of Greek origin - Greeks living in colonies throughout the Mediterranean region reinforced their ideas of common identity and common origin, while at the same time forging strong political affiliations and insoluble bonds of kinship with the citizens of city-states from all over the Hellenic world.

The exhibition consisted of more than 270 selected objects from cemeteries and sanctuaries in Italy. The exhibits -early 6th century BC through the 2nd century AD- were classified by athletic event and according to the order they were held at Olympia. They included:

a) clay vessels - imported, mainly from Attica, or locally produced in southern Italy and Etruria - depicting the training of athletes, the staging of events and the awarding of winners. Several of the vases have been attributed to important vase-painters of the Attic Black- and Red-Figure pottery, such as Lydos, Myson, Nikosthenes, Kleofrades and Onesimos;

b) objects used by athletes either for training (bronze discs, lead dumb-bells, javelins) or for the preparation and cleaning of the body (aryballoi, alabastra, Etruscan bronze vases, inscribed strigils, basins).

c) coins minted in the cities of Magna Graecia to commemorate the victories of local tyrants in the Olympic Games (mainly in horse races), such as the silver tetradrachms of Anaxilas, tyrant of Reggio and Messina.

d) votive offerings by athletes, such as a bronze inscribed plaque of the Olympic victor Kleombrotos from Sybari (early 6th century BC) or an inscribed stone anchor dedicated to Zeus by Fayllos from Croton (a participant in the naval battle of Salamis), who was crowned victor in the Pythian games at Delphi (early 5th century BC).

e) votive and funerary sculptures, such as a marble youth from Agrigento, and a bronze youth from Castelvetrano.

f) a unique 2nd century AD marble model of a stadium, discovered in the emperor Hadrian's villa at Tivoli.

Undoubtedly, the most impressive item was the life size marble statue of the so-called "Charioteer" of Mozia, one of the most beautiful freestanding sculptures of antiquity, found on the islet of Mozia in northwestern Sicily. The statue is dated to the mid-5th century BC.

Visitors were guided by explanatory texts, maps, and lists of Olympic victors from the cities of Magna Graecia. A detailed catalogue is available in Greek, English, and French. In addition, during the Olympic and Paralympic Games, young visitors obtained free of charge a special edition booklet from the Education Department on the ancient Olympic Games, titled "Travelling with Glaukos to Olympia in 476 BC". 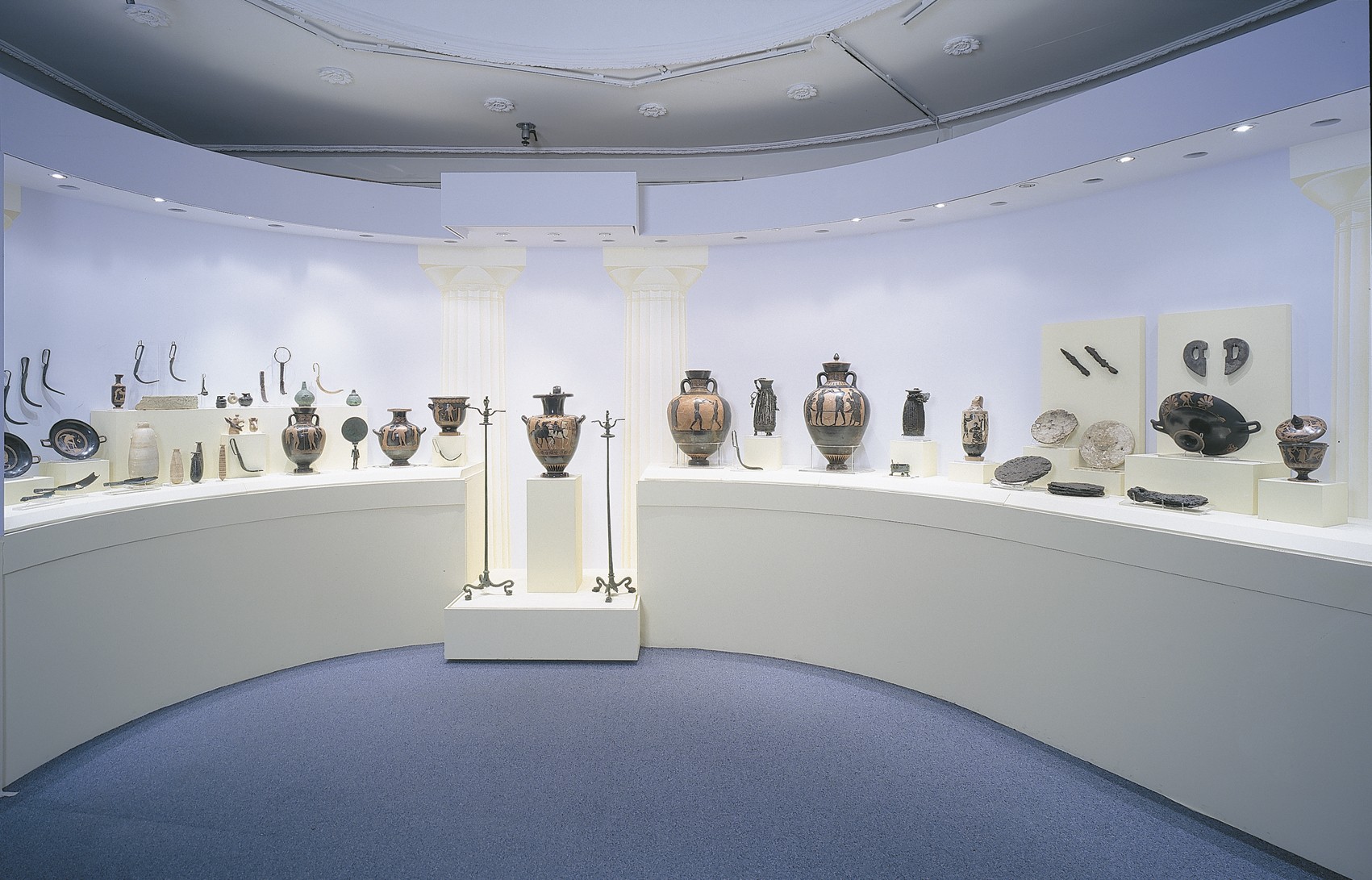 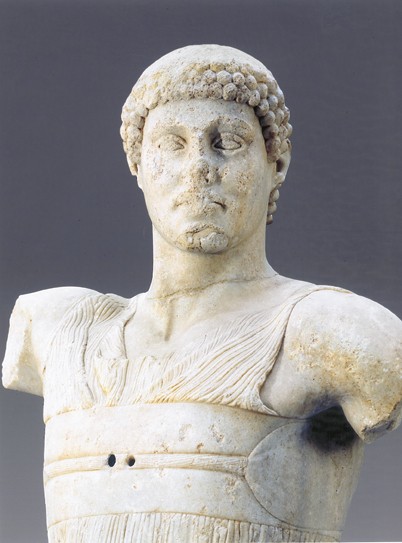 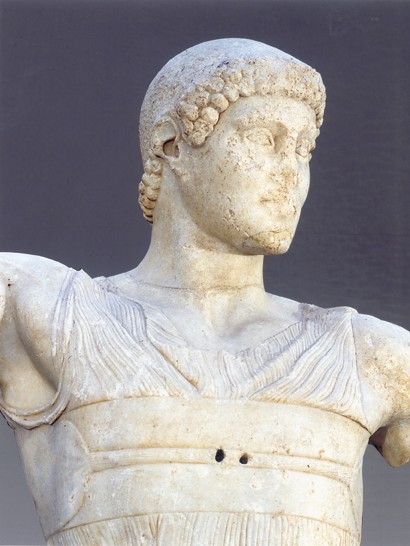 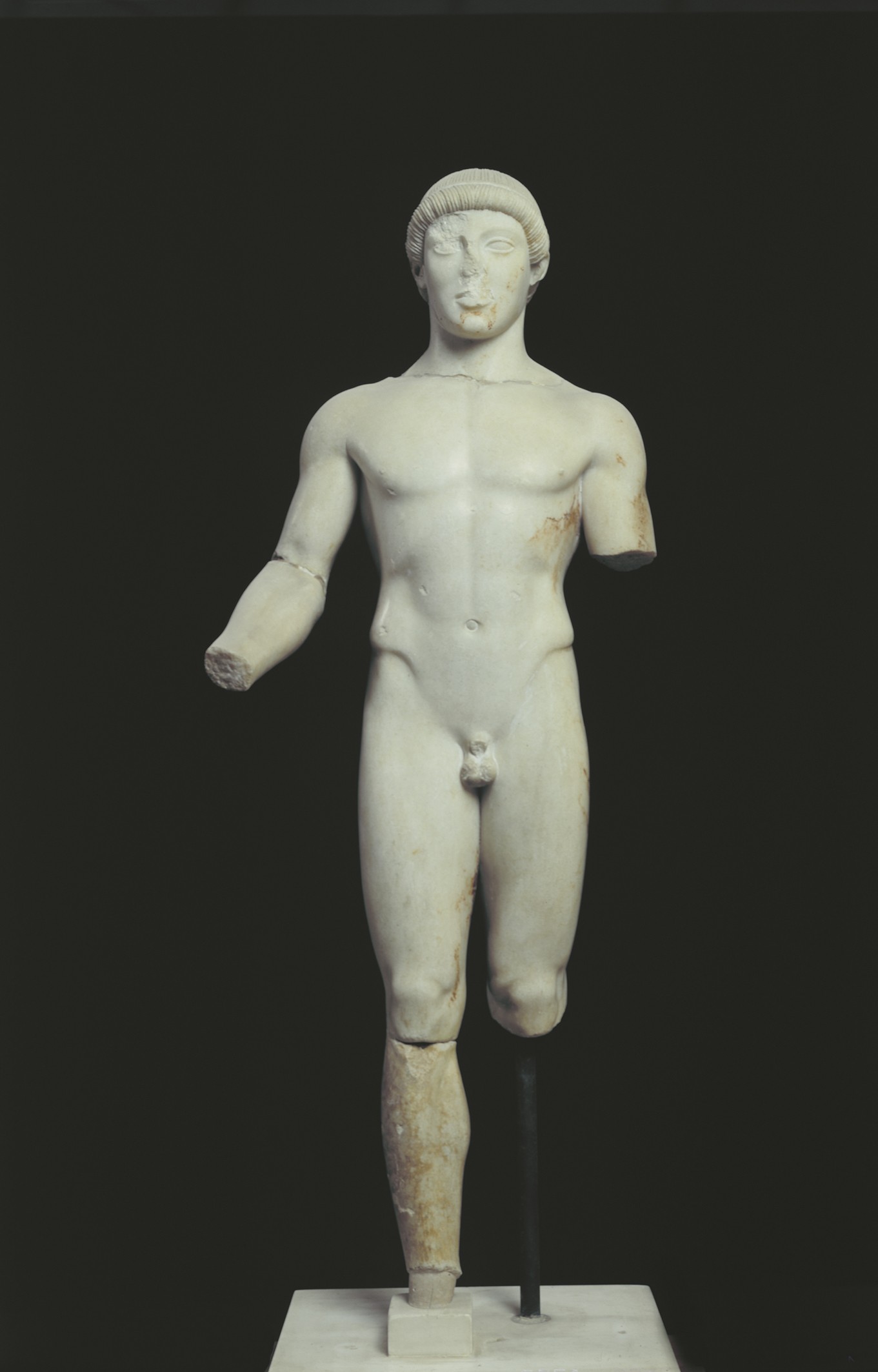 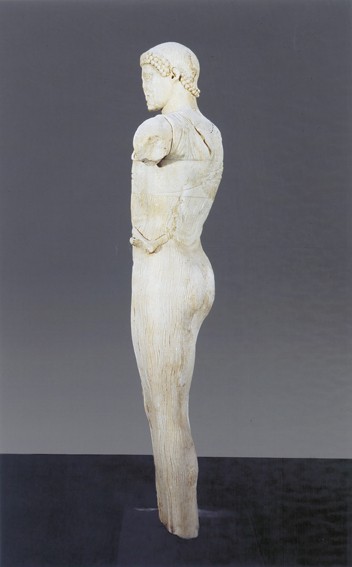 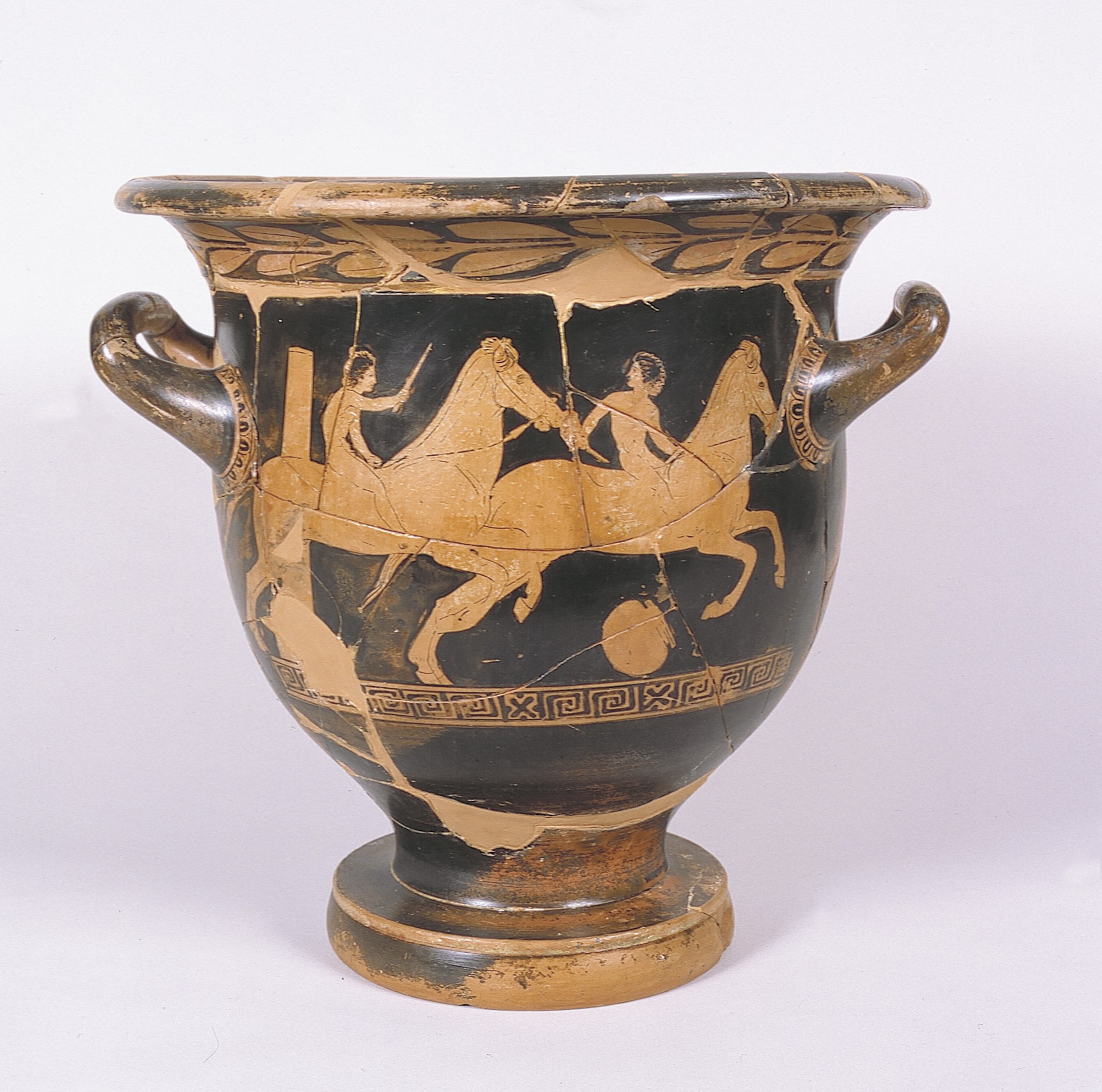 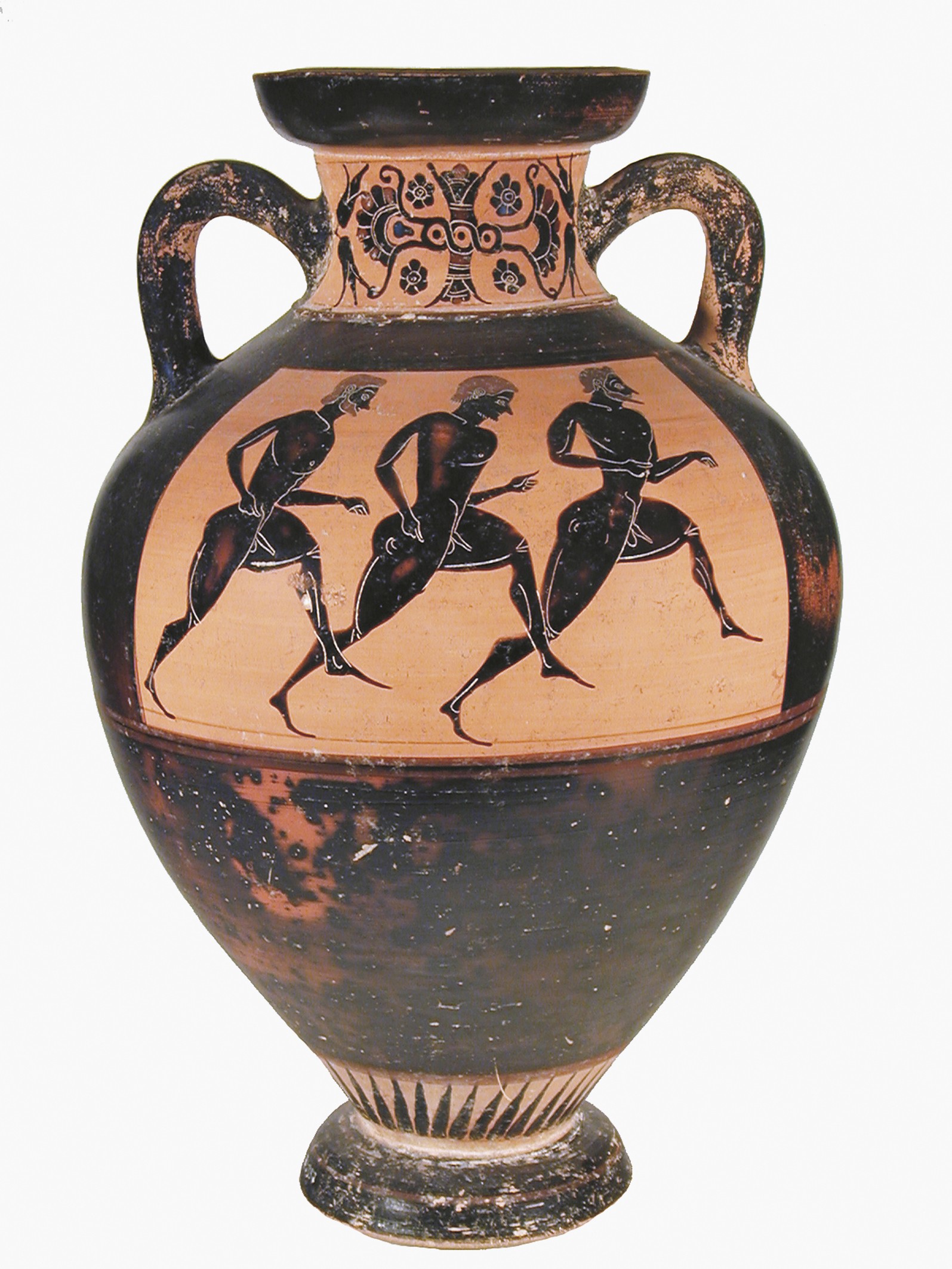 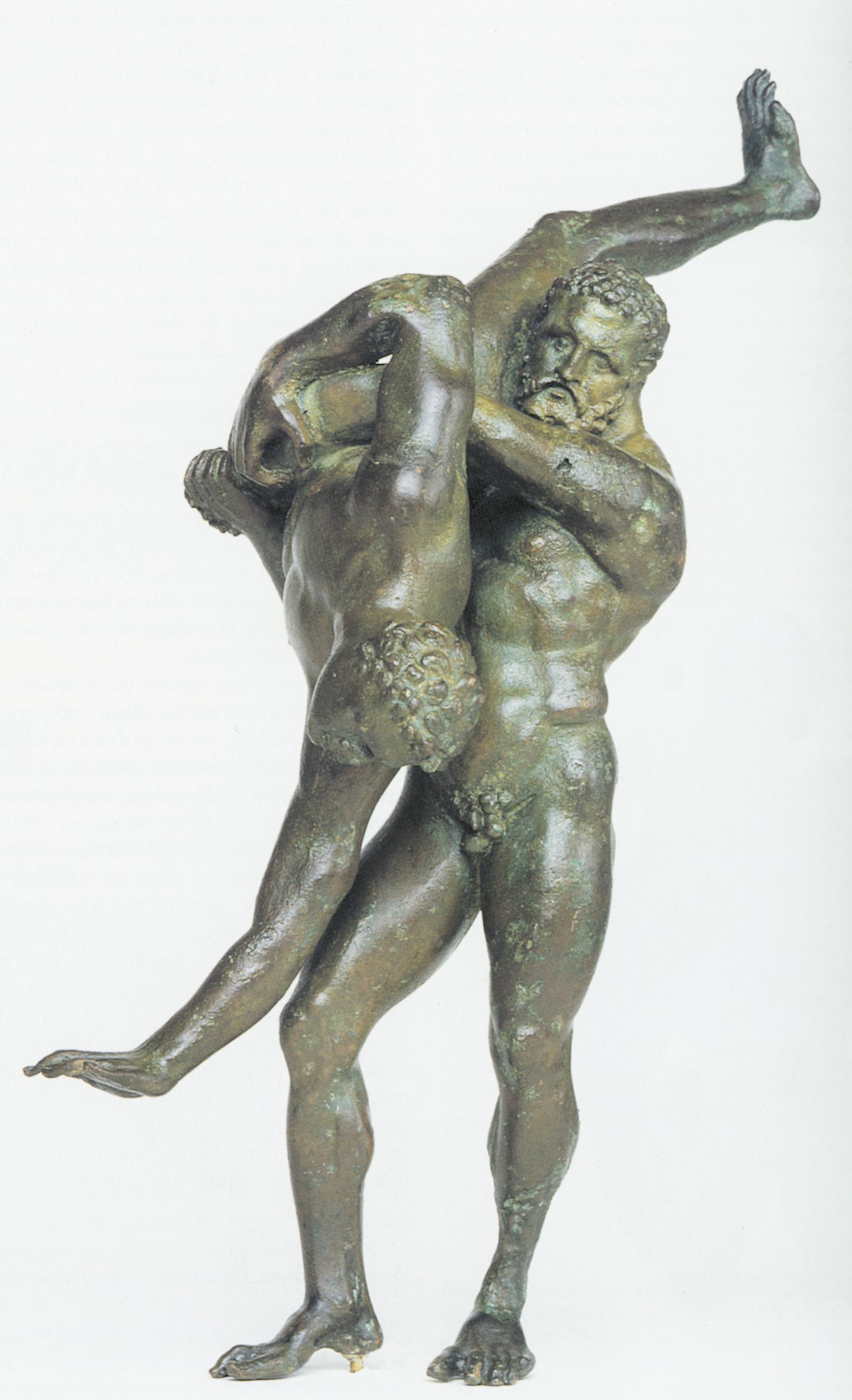 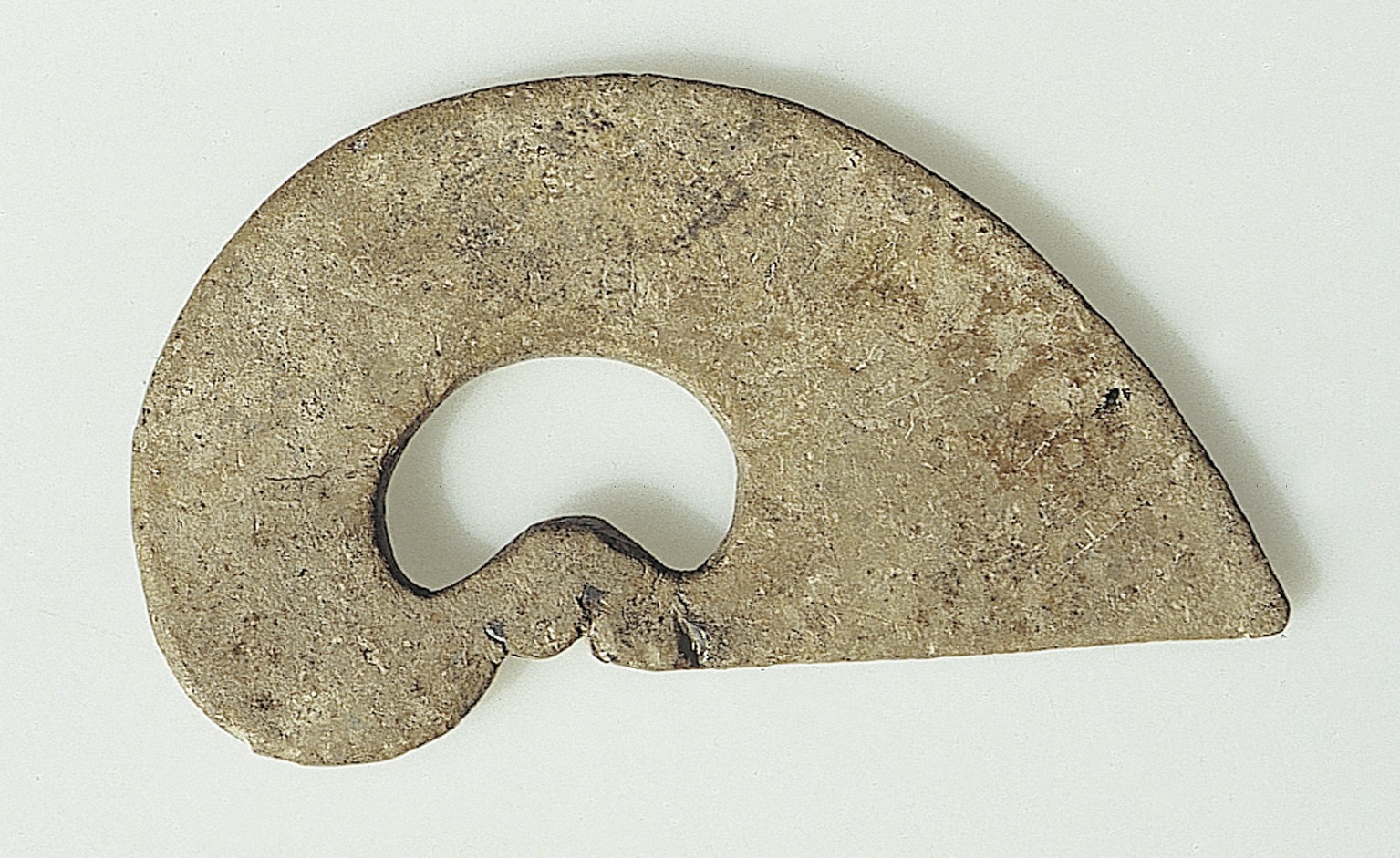 Magna Graecia | exhibition catalogue | Athletics and the Olympic Spirit on the Periphery of the Hellenic World Edited by: N.Chr. Stampolidis, Y. Tassoulas
Athens, 2004

LENDERS TO THE EXHIBITION