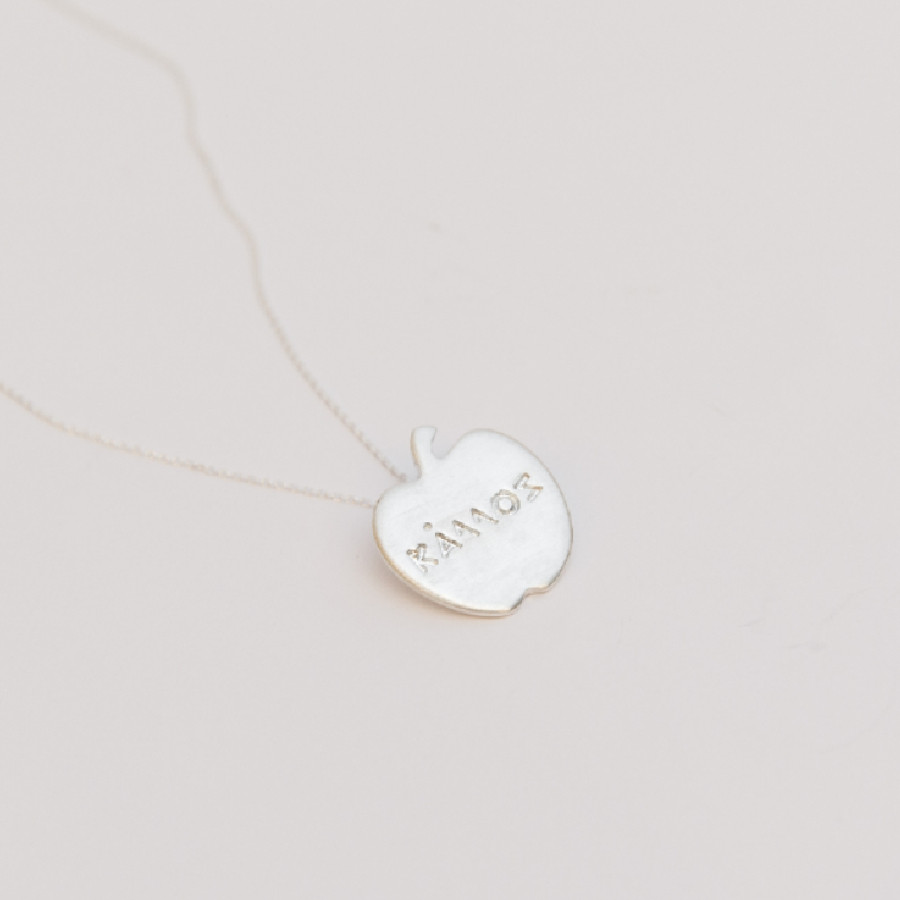 Gold plated jewelry inspired by the apple of discord.

According to ancient Greek mythology, all the gods were invited in the wedding of Thetis and Peleus. Only Eris, the goddess of quarrel, was not invited.
Eris, after realizing that she was not invited to the wedding, became furious, and decided to take revenge. She went to the banquet an tossed an apple with the inscription “to the fairest one”. Immediately, three goddesses Hera, Athena and Aphrodite claiming  the apple, were arguing about who was the most beautiful and worthy to own it. Gods, suggested Paris, a man of extraordinary beauty, as the most suited to select among them.
Hera promised to make him the King of Asia. Athena promised him victory to the war. Aphrodite promised him the love of the most beautiful woman, Helen of Troy. The apple, that is known as “the apple of discord”, was given by Paris to Aphrodite, accepting her gift and the Trojan War begun.

Exclusively created for the exhibition “KΑLLOS. The Ultimate Beauty”