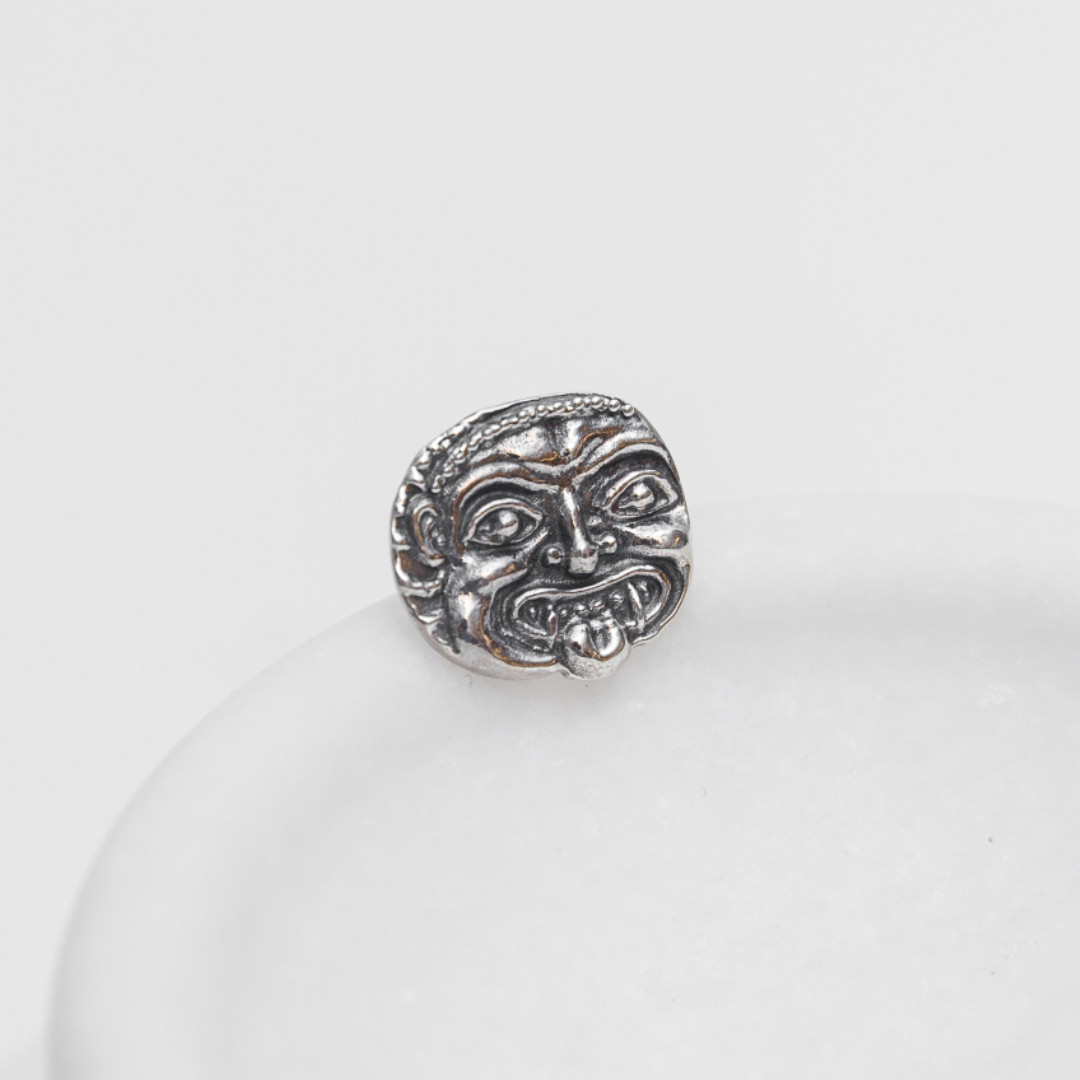 In greek mythology Medusa is one of the three Mermaids. Among those three sisters, Medusa was the only mortal. Her other name was “Γοργώ” (Gorgo), which means “wild look”. The goddess Athena depicted on her shield the head of Medusa, the "mermaid" as a weapon in battle. The mermaid is considered as an amulet that keeps the evil away. In antiquity it has been imprinted on many Greek and Roman objects such as shields, chests, mosaics and coins.

Exclusively created for the exhibition “KΑLLOS. The Ultimate Beauty”.

PIN | HEAD OF A FIGURINE