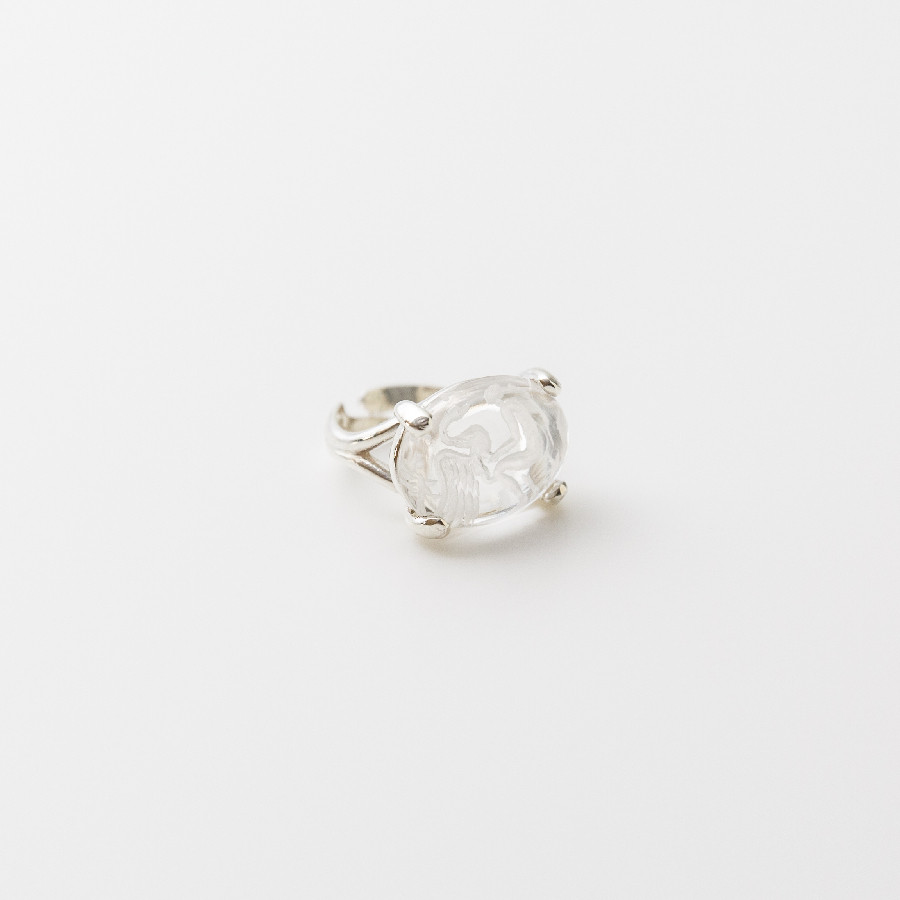 RING WITH ZEUS AND LEDA

Jewel inspired by a love scene with Zeus and Leda.

According to the myth, when Zeus saw Leda in the river of Evrotas, he was attracted by her beauty. Then Aphrodite transformed Zeus into a brilliant swan, herself into an eagle and began to chase the swan into the river valley. The swan sought refuge in the arms of Leda, who received him tenderly and warmed him, and their union followed. Nine months later Leda laid two eggs which, contained two pairs of twins and not two swans. Polydefkis and the beautiful Eleni were born on the one hand and Castor and Clytemnestra on the other.

RING WITH ZEUS AND LEDA