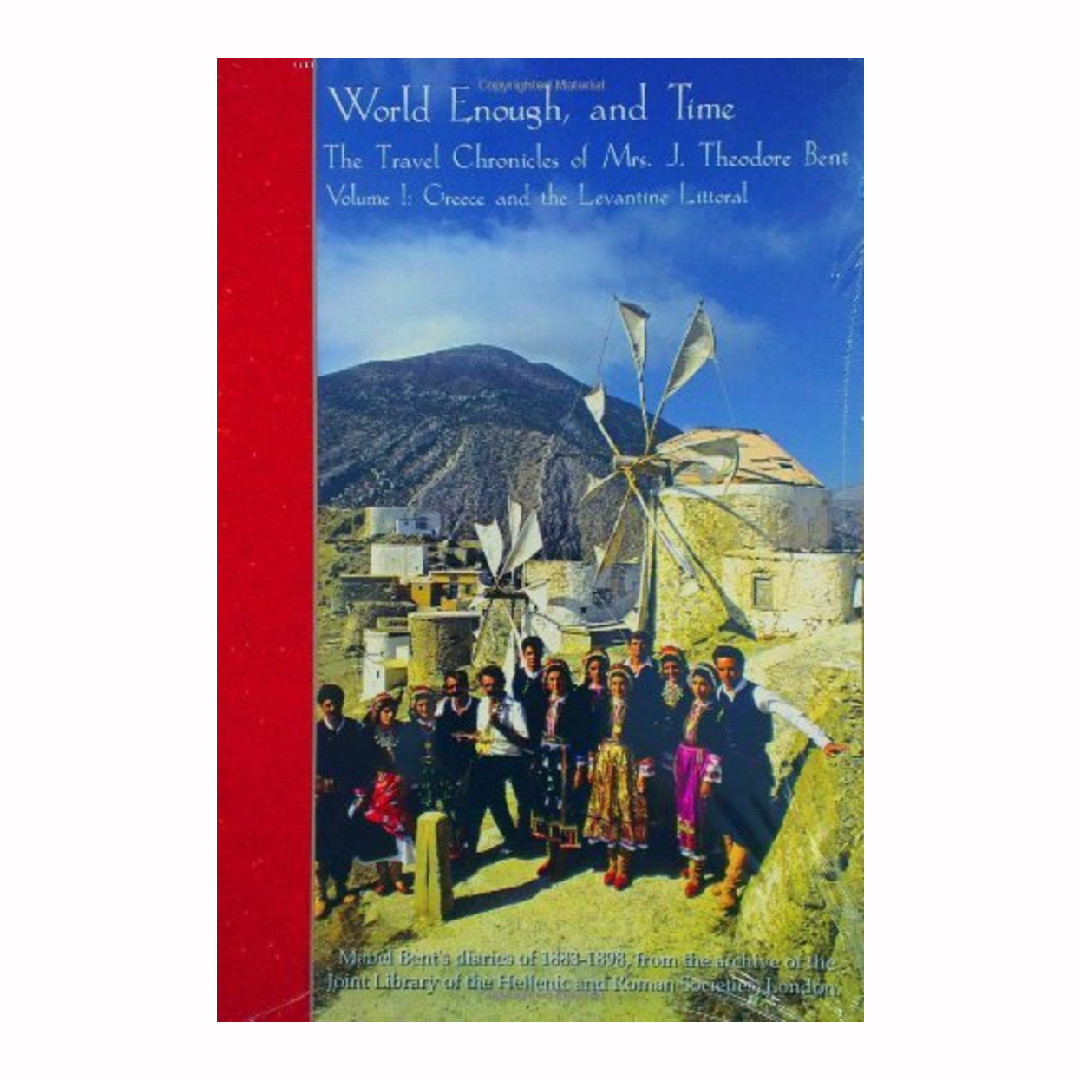 “Then we went to the other bath. Here I found I was being again taken to the men’s place, so I said, ‘I’m not going in here’. But a great outcry was raised and loud exclamations of invitation and constant assurances that there was nobody naked, so when T said fiercely, ‘Come in and don’t make a fuss. They all wish it’, I entered a large hall with the raised divans peopled by gentry in cloaks and turbans of towels. There was fortunately no one in the hot bath as it deserved a careful examination. The wide platform round the tanks was inlaid with beautiful marbles and there were recesses with pumps, etc., also inlaid…” (Bursa, February 1888)On August 2nd 1877, the English explorer and archaeologist James Theodore Bent married an extraordinary Irishwoman, Mabel Virginia Anna Hall-Dare, the second of the four daughters born to Mr Robert Westley Hall-Dare of Co. Wexford and Essex. Mabel was 31, Theodore 25, and within a few months they had embarked on their pattern of annual travels that continued until his early death in 1897. Their trips began fairly close to home, visiting northern Italy, but by 1883 they were in the Eastern Mediterranean (in modern Greece and Turkey), searching out the antiquities, landscapes and lifestyles of a region that was to captivate them for the next fifteen years. Their researches led to a number of highly regarded monographs, papers and articles (such as Theodore’s 'The Cyclades, or Life Among the Insular Greeks', 1885, and the many publications of their various discoveries in locations such as ‘Rugged Cilicia’, the island of Thassos, and elsewhere) that were to place the couple securely amongst the foremost British travellers of the latter half of the 19th century.The publication, therefore, of Mabel Bent’s personal notebooks from the archive of the Joint Library of the Hellenic and Roman Societies, London, represents the discovery of a lost and notable milestone for scholars and travel enthusiasts of all kinds. This series of volumes begins with Mabel’s account of the couple’s adventures around the Aegean and beyond, extracted from her fifteen-year sequence of notebooks and presented chronologically. Specifically, we follow Mabel and Theodore to the Greek mainland and the islands known now as the Cyclades and the Dodecanese, as well as the northern Aegean islands; their journeys along the Turkish littoral lead them from bustling Istanbul to provincial Mersin in the far south-west. Contents include: Chapter 1) 1883-1884: The Cyclades – Mabel’s own accounts of the couple’s two tours of the Cyclades. Theodore relied on these Chronicles for the writing up of his classic travelogue ‘The Cyclades; or Life Among the Insular Greeks’ of 1885; Chapter 2) 1885: The Dodecanese – including Rhodes, Tilos and Karpathos; Chapter 3) 1886: The Eastern Aegean – including Samos, Patmos, Kalymnos and Astypalea; Chapter 4) 1887: The Northern Aegean – including Meteora, Thessaloniki, Thassos and Samothraki; Chapter 5) 1888: The Turkish Coast – from Istanbul to Kastellorizo; Chapter 6) 1890: ‘Rough Cilicia’ – extensive explorations around south-west Turkey.

LIVING NEXT TO DELPHI

AN ILLUSTRATED ENCYCLOPEDIA OF TRADITIONAL SYMBOLS