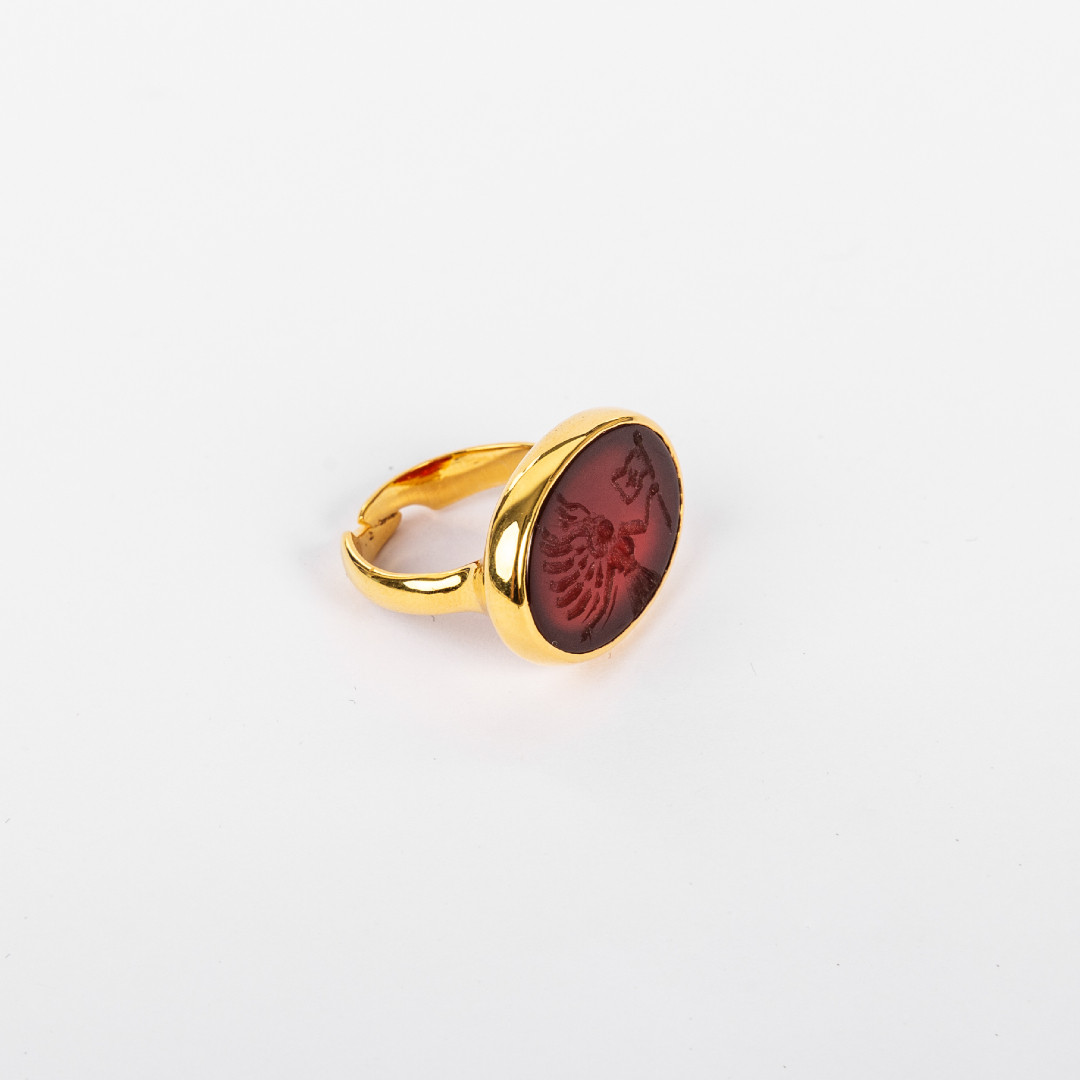 Liberty has a vital role for Greek people since antiquity and it was more important than democracy. Furthermore, Liberty for ancient Greeks meant release from fear. Greeks wanted to be free and independent even from their gods.
The combination of ancient Greek ideas with the philhellenism wave in 19th century in Europe about the Greeks battles against the Ottoman empire, inspired important artists such as Eugene Delacroix who created the iconic painting Liberty leading the people.

«The spirit glows even under the earth»
Κ. Palamas
*Item exclusively designed for the Museum of Cycladic Art