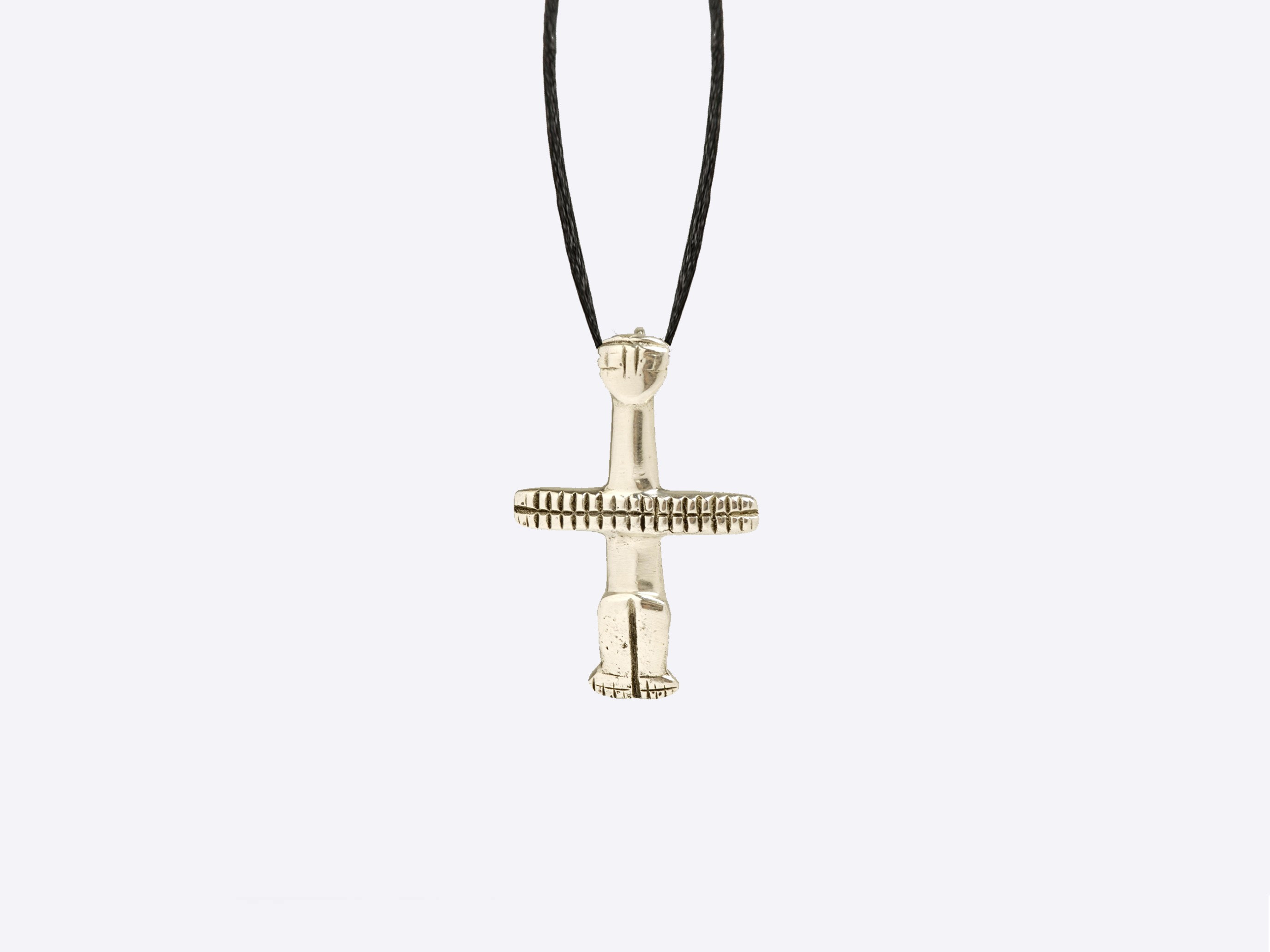 Cruciform figurines have most probably developed from the stump-like figurines of the preceding Neolithic period, but are thinner and more slender than their predecessors. They have a high neck, disproportionately large flattish head slightly tilted back, extended arms, and legs bent at the knees or in a squatting posture.

Some of them bear suspension-hole in the upper part of the head and were apparently worn as pendants. They probably reflect religious beliefs about fertility and re-generation. They may have been linked with the cult of the Great Mother Goddess or with practices associated with childbirth.