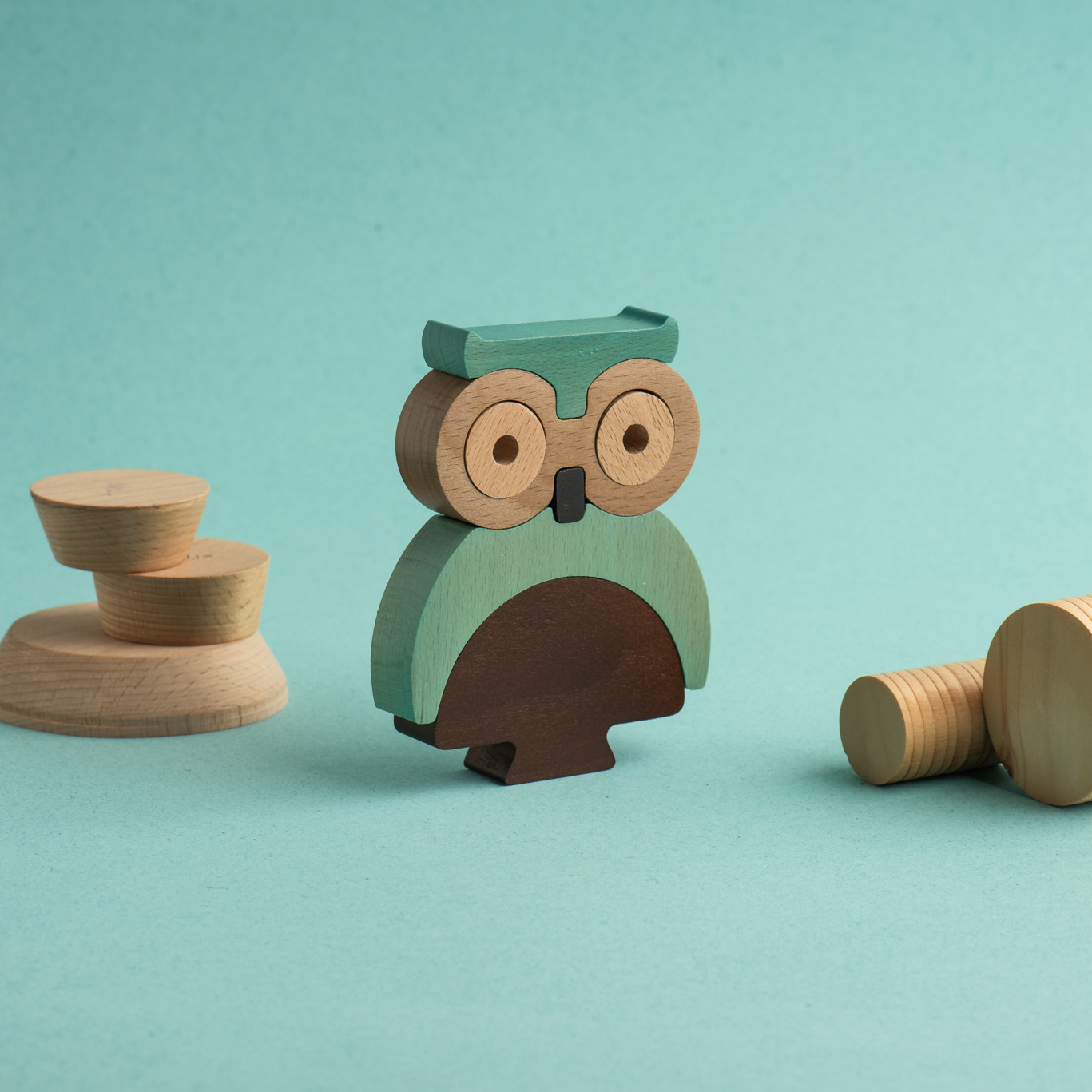 The stacking puzzle figure toy of Owl is part of a series that combines historical information, folk elements and Greek tradition with interactivity and modern design. A common feature of the whole series is the different pieces, unique to each toy figure that highlight its archetypal features, making it instantly recognizable.

An educational themed toy series of stacking figures made of natural beech wood which help in familiarizing children with the concept of puzzle and composition and at the same time decoration the children’s room with their vibrant eco-friendly colors and the childishness of their design.

A DROP OF KNOWLEDGE

Since ancient times the owl has been identified with wisdom. Ancient Greeks considered the owl as the symbol of the goddess Athena. Indicative of the cult of ancient Greeks for this bird is the reference that before the naval battle of Salamis began, an owl had flown as a precursor to the victory of the Greeks.

Warning! Not suitable for children under 3 years of age – choking hazard due to small parts.