The exhibition Vasso Katraki–Giving Life to Stone at the Museum of Cycladic Art presents representative works from the entire artistic production of this great engraver ?one of the leading figures of twentieth-century Greek cultural expression in its entirety, with
international recognition.

The exhibition was organized in collaboration with the Vasso Katraki Museum-Center for Engraving Art in Aetoliko, which contributed the majority of the exhibited works. The selection of the works was based on two axes: the anthropocentric character of her art; and the “relevance” of Vasso’s engraving to the Cycladic marble sculptures of the prehistoric Aegean. These criteria were bolstered by the desire to give the public the fullest possible insight into her total production.
The exhibition brings together woodcuts and wood engravings, engraved stones, drawings, stone moulds, painted pebble, photos and
documentation material.

This presentation is aptly enhanced by the scholarly essays of the catalogue, which approach the artist’s work from a variety of vintage points, affording a fine glimpse into the personality of the artist and the power of her art. Katraki’s myths refer to universal and eternal values; her images tie the viewer down, aiming at an ideogram that refers to their essence.

Through the various versions of each theme, we observe the thoughts and goals, the aesthetic ideal, the transition to forms of a heightened emotional load.From her first student works to her later, monumental propositions, the perception and rendering of the human figure is the dominant aesthetic-thematic selection of her creation, in which assiduous research and dialogue with Greek art? from prehistory to its popular-traditional expression? play a key role.

The anagoges to and similarities with Cycladic figures are more than potent ? her research and interest in Cycladic art, as a fixed area of focus and a source of inspiration, remain intact throughout her creative path.

In the elongated, archetypical figures of her compositions, with the abstraction and the deeply wrought simplification of their form, Katraki develops the same vision.

She shapes an entire world of symbolic images, expresses a particular stance of life and a social protest, delves in the nucleus of existence and focuses on man’s destiny, balancing passion and exaltation through the evocative antithesis of white and black.

And next to her art, in immediate interdependence with it, is her life; Aetoliko and the lagoon; the War, the Occupation and the Resistance; the exaltations, hopes and refutations ?

Starting points and experiences that determine every attempt of any interpretative approach and analysis of her engraving. Katraki will dedicate herself to her art, the art of engraving which, thanks to its truth, boldness and poetics, its ethical values, humanitarian ecumenical content and nonnegotiable view, succeeds to communicate with the audience, corroborating the authenticity and importance of her contribution. 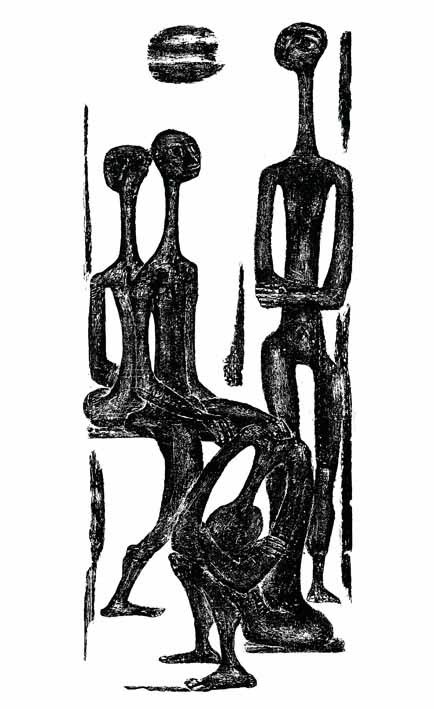 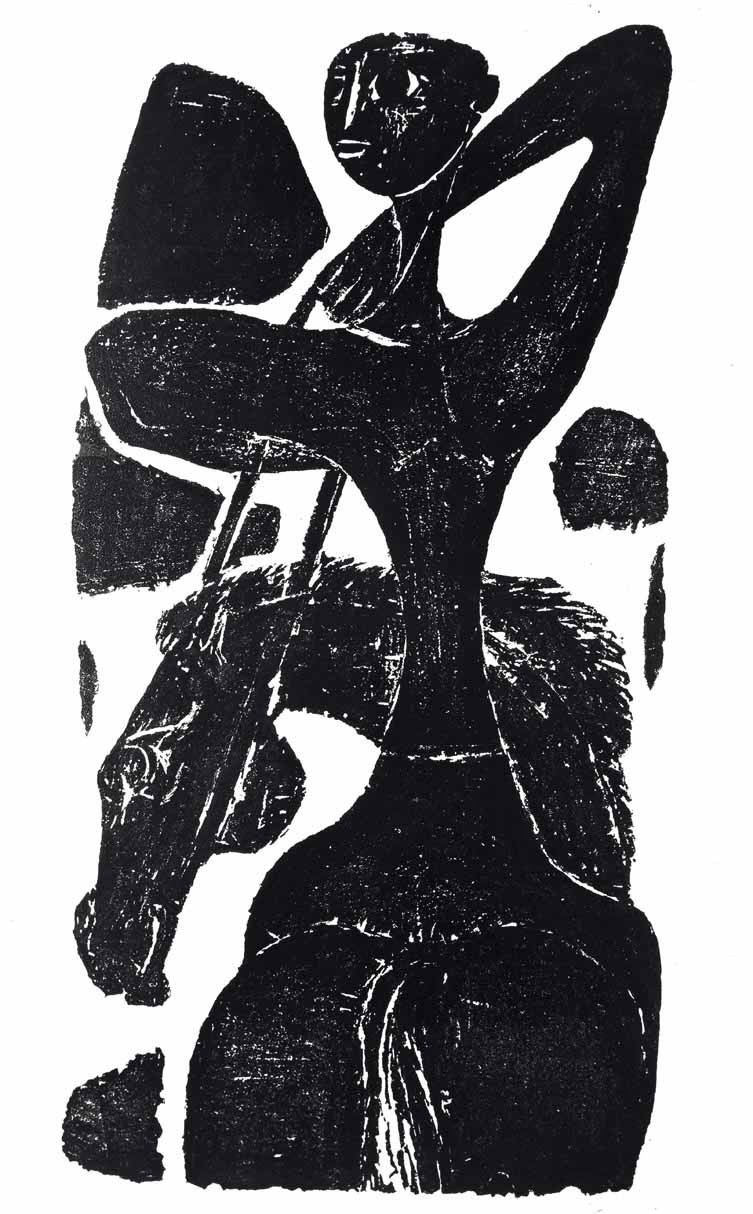 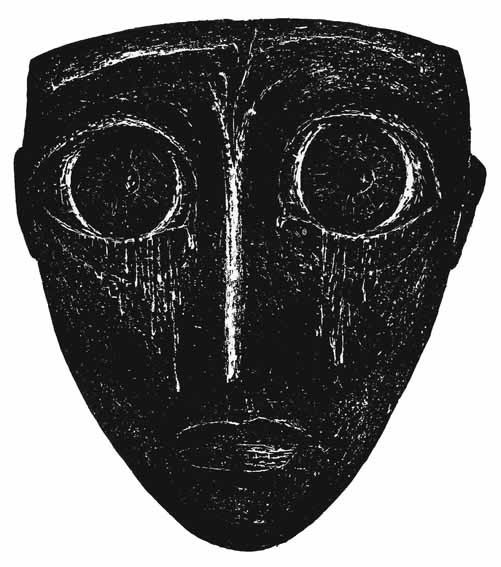 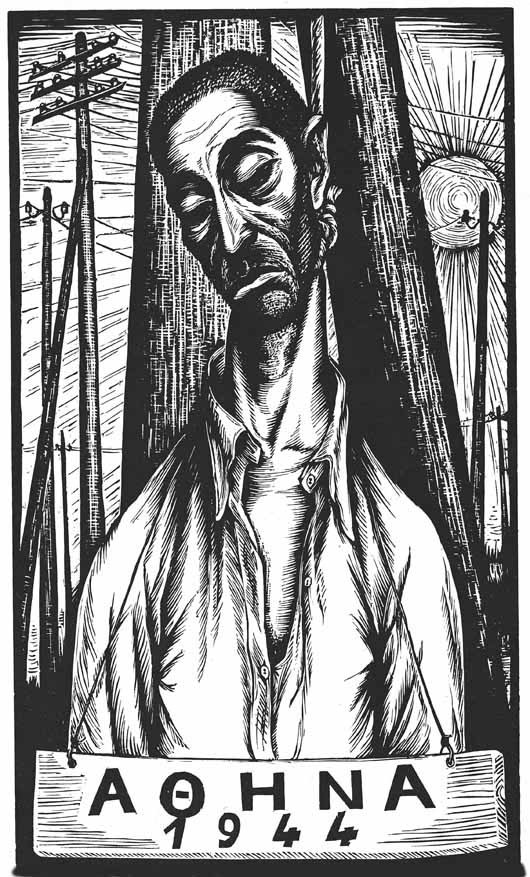 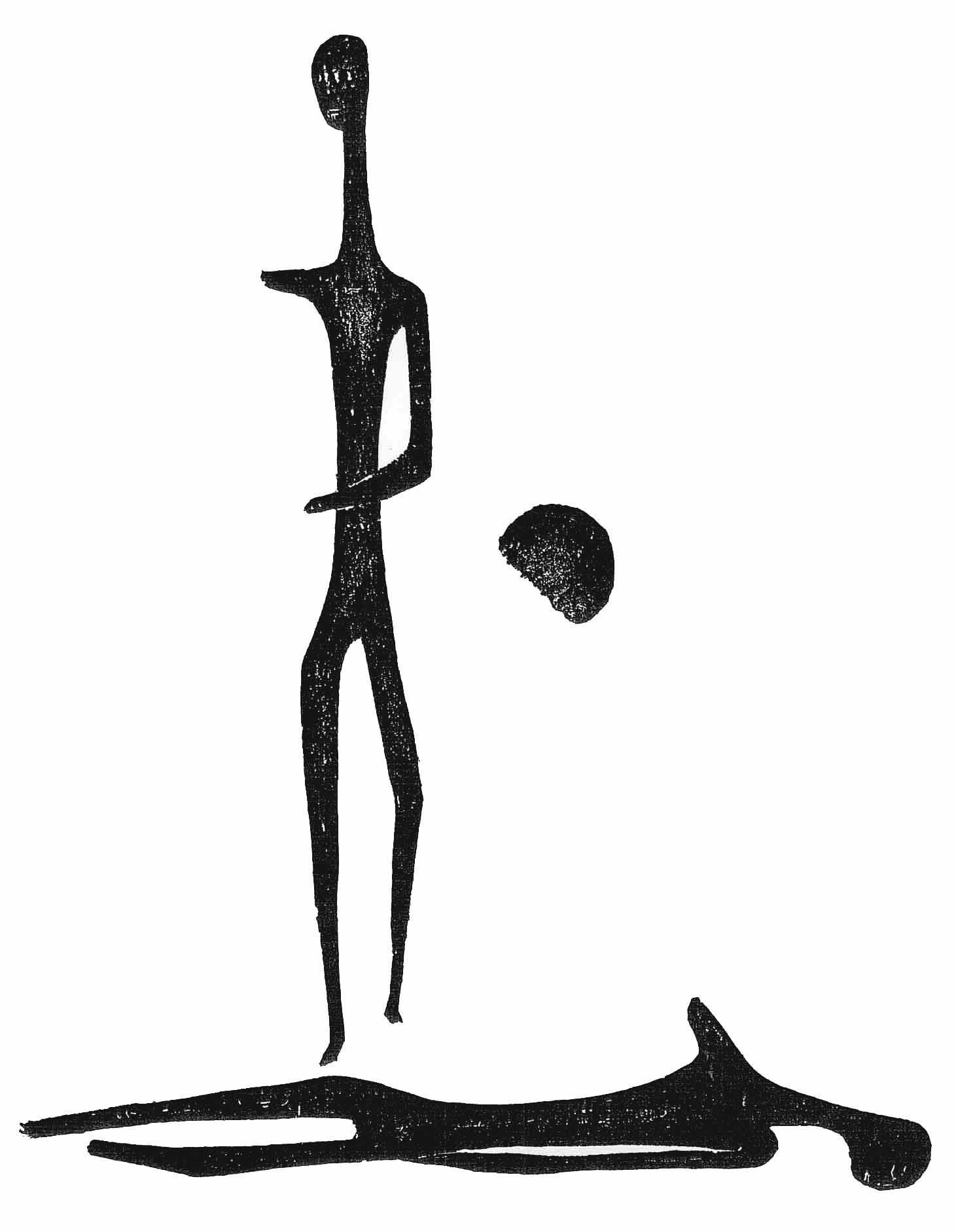 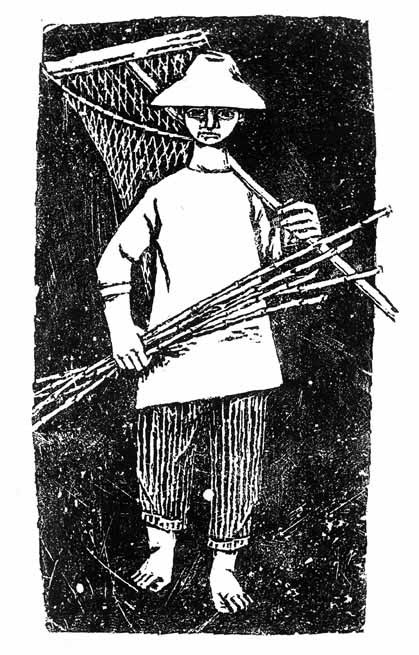