According to the prevailing theocratic mindset, diseases were sent by the gods and they alone could cure them. Thus, people would resort for salvation to various gods who possessed healing properties, such as Apollo, Zeus, Dionysos, Athena, Artemis, Aphrodite, and others.

According to the prevailing theocratic mindset, diseases were sent by the gods and they alone could cure them. Thus, people would resort for salvation to various gods who possessed healing properties, such as Apollo, Zeus, Dionysos, Athena, Artemis, Aphrodite, and others. Healing powers were also attributed to various heroes such as Herakles Alexikakos, Amynos, the Hero-Physician, Syrangos in Piraeus, and, in particular, the seer Amphiaraos, worshipped at Oropos and Rhamnous.

It was Asklepios, however, who emerged as the foremost healing god. Homer refers to him as a mortal, as the king of Trikke in Thessaly and a peerless physician. In later myths and traditions he is referred to as a demigod, the son of Apollo and the mortal Koronis, possessed of the unique ability to grant health. Around the middle of the 5th c. BC, Asklepios was elevated to the rank of the gods. The popularity of his cult surpassed all others and endured even past the advent of Christianity until approximately 500 AD.

Asklepios was frequently accompanied by members of his family: his wife Epione (= comforter of pains), his two sons Machaon and Podaleirios, and his four daughters Hygieia (= goddess of health; the word hygiene derives from her name), Aceso (= goddess of the healing process), Iaso (= goddess of healing), and Panacea (= she who heals everything). The members of his family included his younger son Telesphoros (= he who brings to fulfilment) who protected convalescing patients.

The sanctuaries of Asklepios were called Asklepieia. The oldest Asklepieion was located in Trikke (present-day Trikala), but the most important and well-known one was established at Epidauros. From the sanctuary of Epidauros, the cult of Asklepios spread rapidly throughout the Hellenic world resulting in the establishment of over 200 Asklepieia: From Kos and Pergamon in the East to the Greek colonies in Cyrenaica, Southern Italy, and even to Rome.

The Asklepieia operated as healing centres and attracted suppliants who resorted to them seeking a miraculous cure. These sanctuaries had one common feature: They were established at prime natural locations, mostly near running water and hot springs. Moreover, water – an element of purification and renewal – was essential to the operation of the sacred healing centres. In the Roman period, some were equipped with thermae for hydrotherapy baths. Most of the large Asklepieia were entire building complexes where patients were housed and treated. Some of them even had theatres and stadia to entertain patients and their companions.

Apart from the Asklepieia, other healing sanctuaries also existed, such as the Amphiareia where Amphiaraos was worshiped; iconographically, he appears no different from Asklepios.

Suppliants would usually go to the Asklepieia and the Amphiareia accompanied by members of their families and carrying various offerings destined for the god. In some sanctuaries, suppliants would pay an entrance fee, as evidenced by the lead ticket from the sanctuary of Amphiaraos at Oropos.

Once inside the healing sanctuary, patients would have their medical history taken by the priests who would lead them to a purifying bath. This would ensure they were both morally and physically pure before they approached the divine. Subsequently, the purified suppliants would make their offerings on the altar of the god, according to their financial capacities (sweets, fruit, or an animal). However, as Aristophanes vividly describes in his comedy Wealth, as the patients slept during the night, the priests apparently helped themselves to most of these offerings.

Late in the afternoon, patients would enter the Abaton, the building where the enkoimesis or incubation would take place; this was a ritual sleep that constituted a basic element of theurgic healing. Patients would lie down on a bed – which, in some cases, was covered with the skin of the animal sacrificed – and exhausted from their travels and the ritual, as well as flushed with anticipation, they would fall asleep, hoping to dream of the healing god. The incubation was an oneiric and emotionally charged encounter between the patient and the healing god.

Apart from the patients’ physical preparation, the autosuggestion caused by the countless offerings located onsite – such as those exhibited in both this and the next gallery – also played a major role.

During the incubation, the god would appear in a revelatory dream and cure the patients either through a miraculous laying of hands or by administering some medicine. At other times, the healing god would assume the shape of his sacred snake, or give advice and instructions, which patients would have to follow. Thus, on the following day, the patients would narrate their dream to the priests who would interpret it and set the treatment.

In addition, it appears that – during the incubation – the priests and their assistants would conduct various surgeries after having administered somnifacient or narcotic substances to the patients. 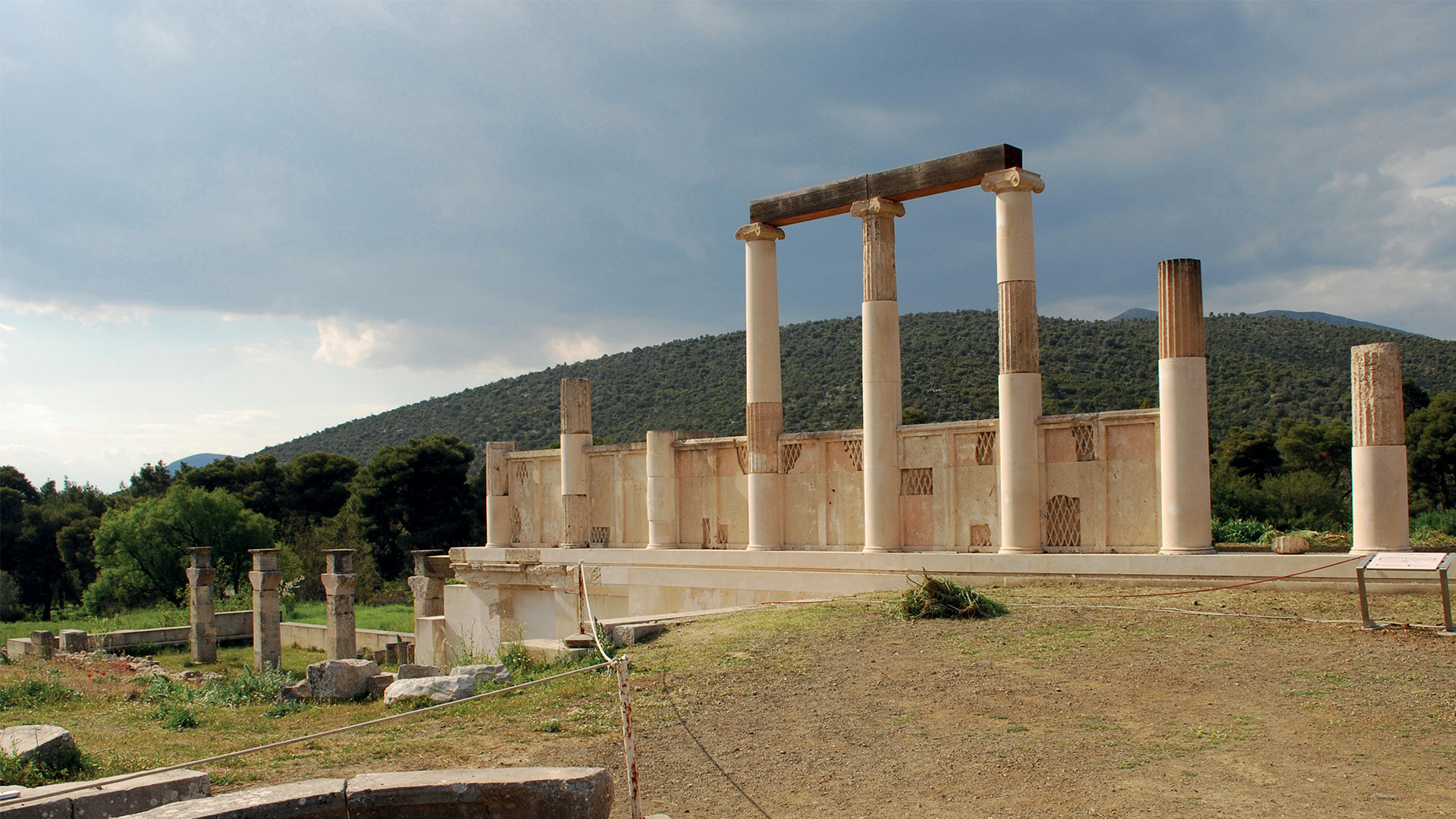 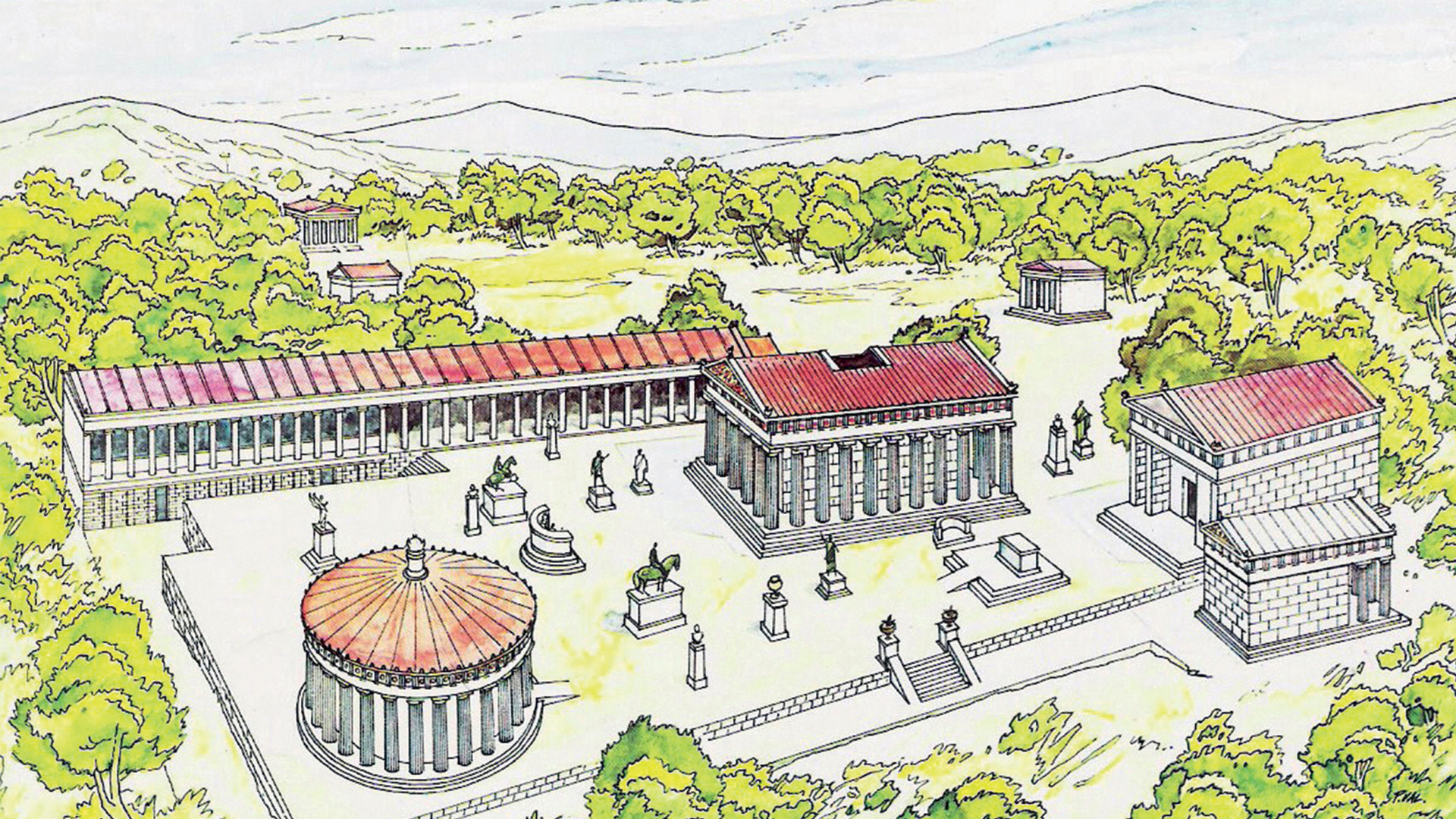 2/6 Reconstruction drawing of the sanctuary of Asklepios at Epidauros 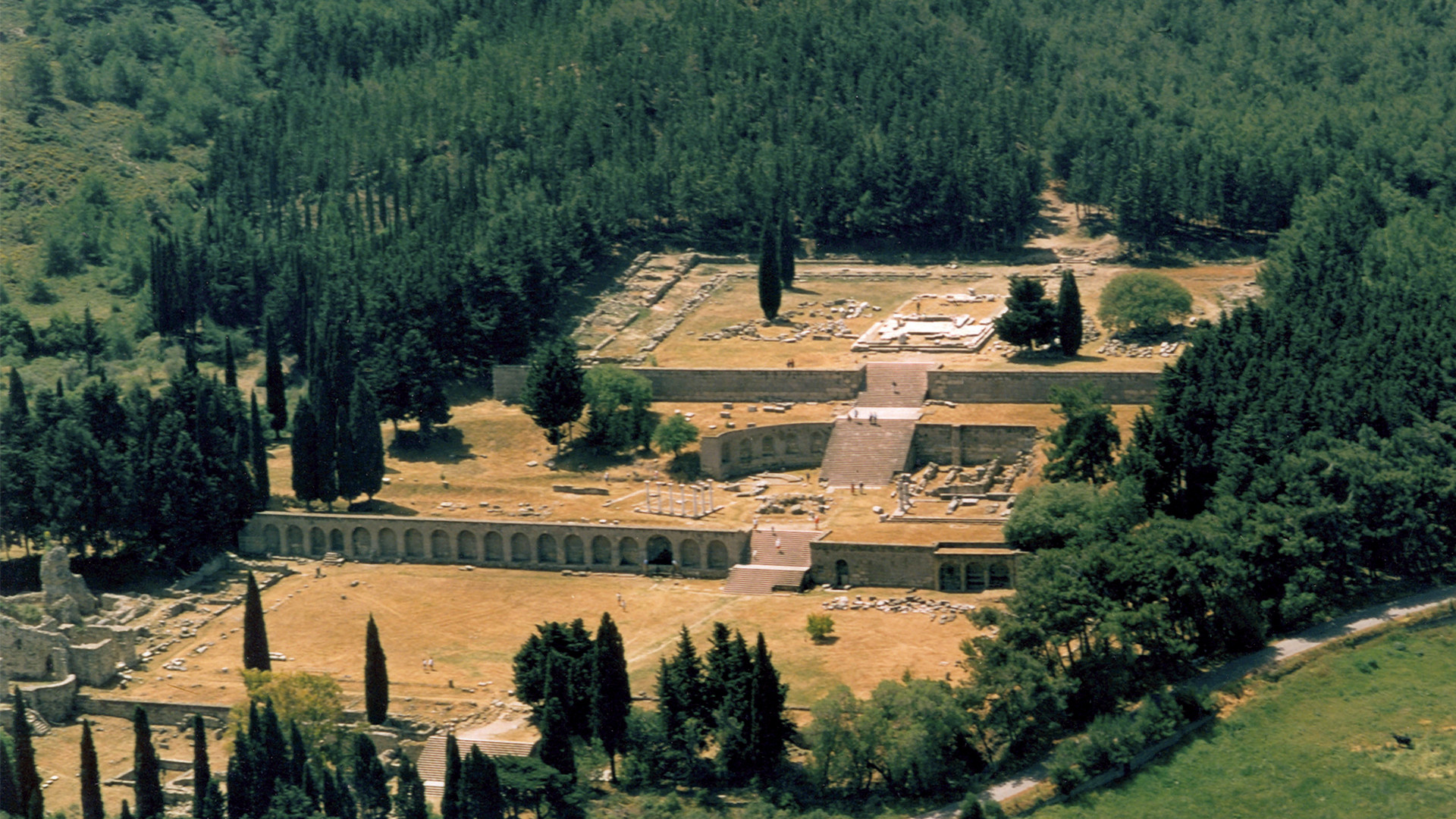 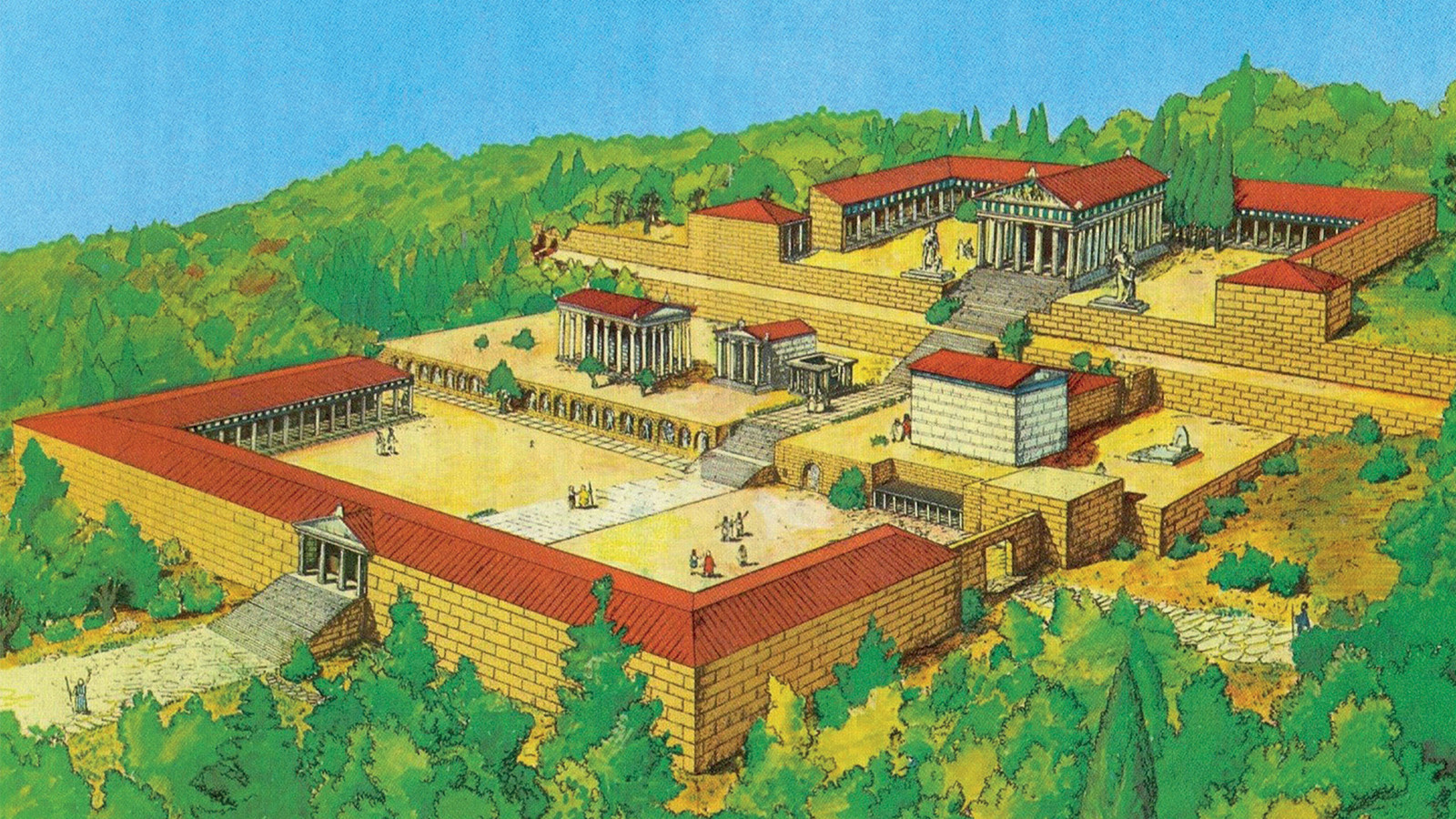 4/6 Reconstruction drawing of the Asklepieion on Kos 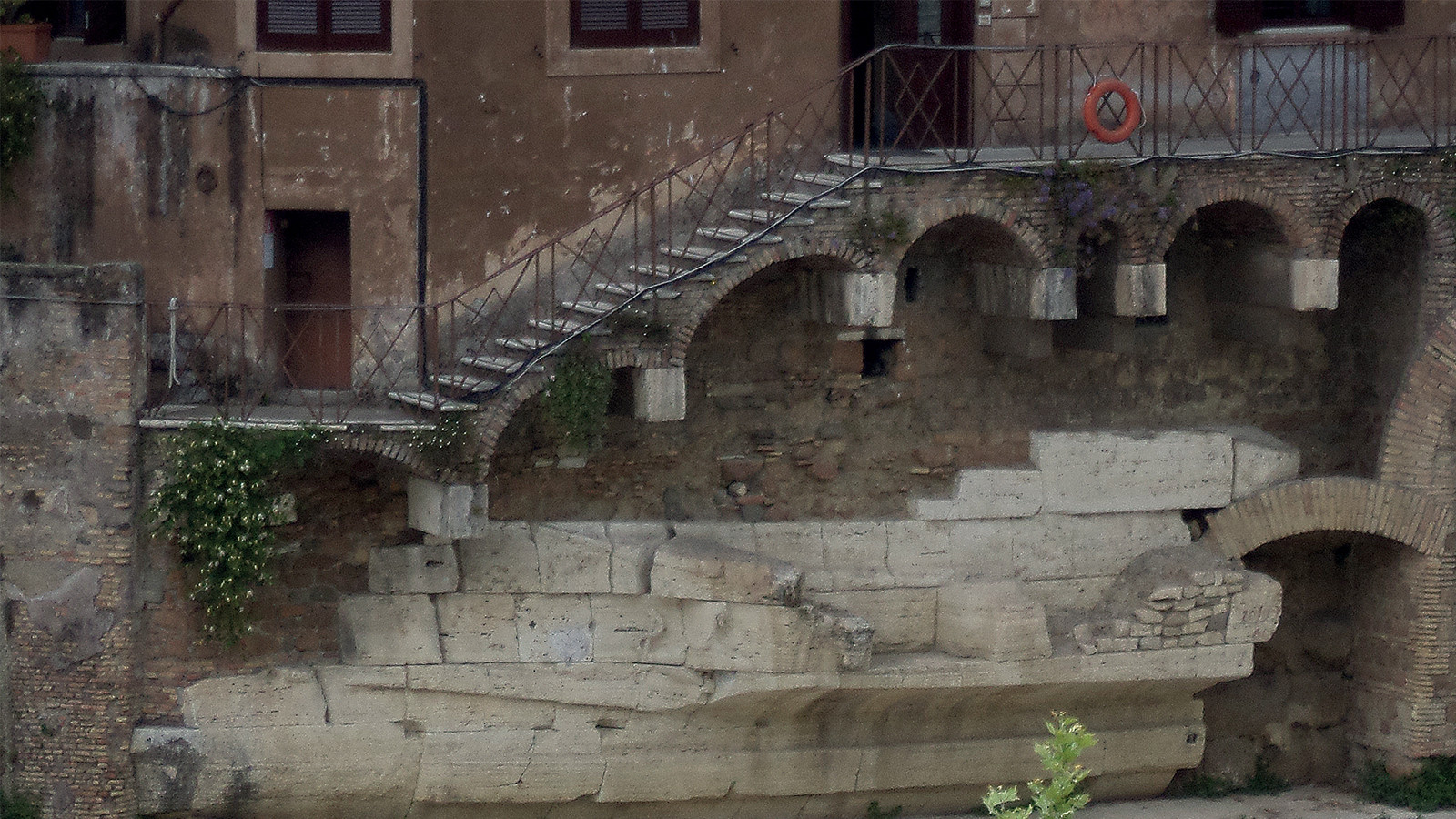 5/6 The tip of the Tiber Island in Rome, the site of the temple of Asklepios, carved into the shape of a ship’s prow 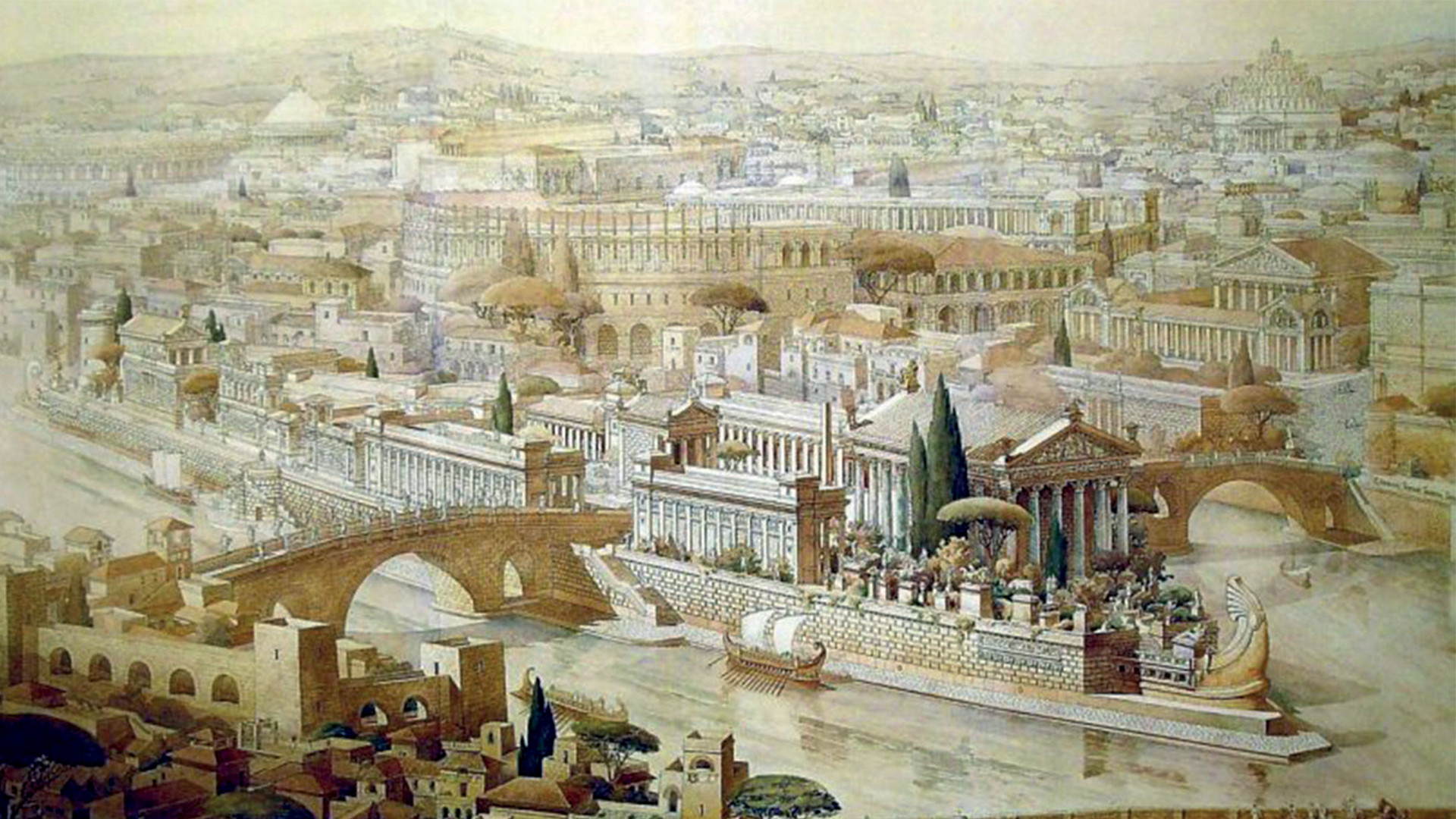