The unplundered Late Minoan IIIA-B chamber tomb found in 2018 at Kentri near Ierapetra is the subject of the lecture of Chrysa Sofianou, Head of the Ephorate of Antiquities of Lasithi.

In August 2018, a carved chamber tomb with three niches was excavated in an olive grove near the village of Kentri in Ierapetra. The tomb was unplundered and all the grave gifts were found in the place where the relatives of the dead had placed them. A cist larnax with lid as well as thirteen stirrup jars were discovered in the southwestern niche, whereas a bathtub-shaped larnax, six stirrup jars, two miniature vases and one jar were unearthed in the north niche. The latter larnax is decorated with a very interesting scene depicting human figures and a horse with a chariot. Last but not least, a stirrup jar, a cup and an amphoroid krater decorated with a schematised octopus and a bird were discovered in the southeast niche of the tomb.

END_OF_DOCUMENT_TOKEN_TO_BE_REPLACED

A FEW WORDS ABOUT CHRYSA SOFIANOU

Chrysa Sofianou is the Director of the Ephorate of Antiquities of Lasithi. She has participated in many International Archaeological Conferences and she has published archaeological articles on Minoan diet, textile art in antiquity, ancient Pressos, ancient Ierapytna, the Hellenistic town of Tripitos in Sitia, the Minoan settlement in Papadiokampos of Sitia etc., as well as a monograph in collaboration with Ioannis Papadatos entitled Livari Skiadi: A Minoan Cemetery in Lefki, Southeast Crete (Volume I, Excavation and Finds, INSTAP 2015). She currently carries out systematic excavations at the ancient theater of Ierapetra, at the Chrysi islet and at the peak sanctuary of Stavromenos. 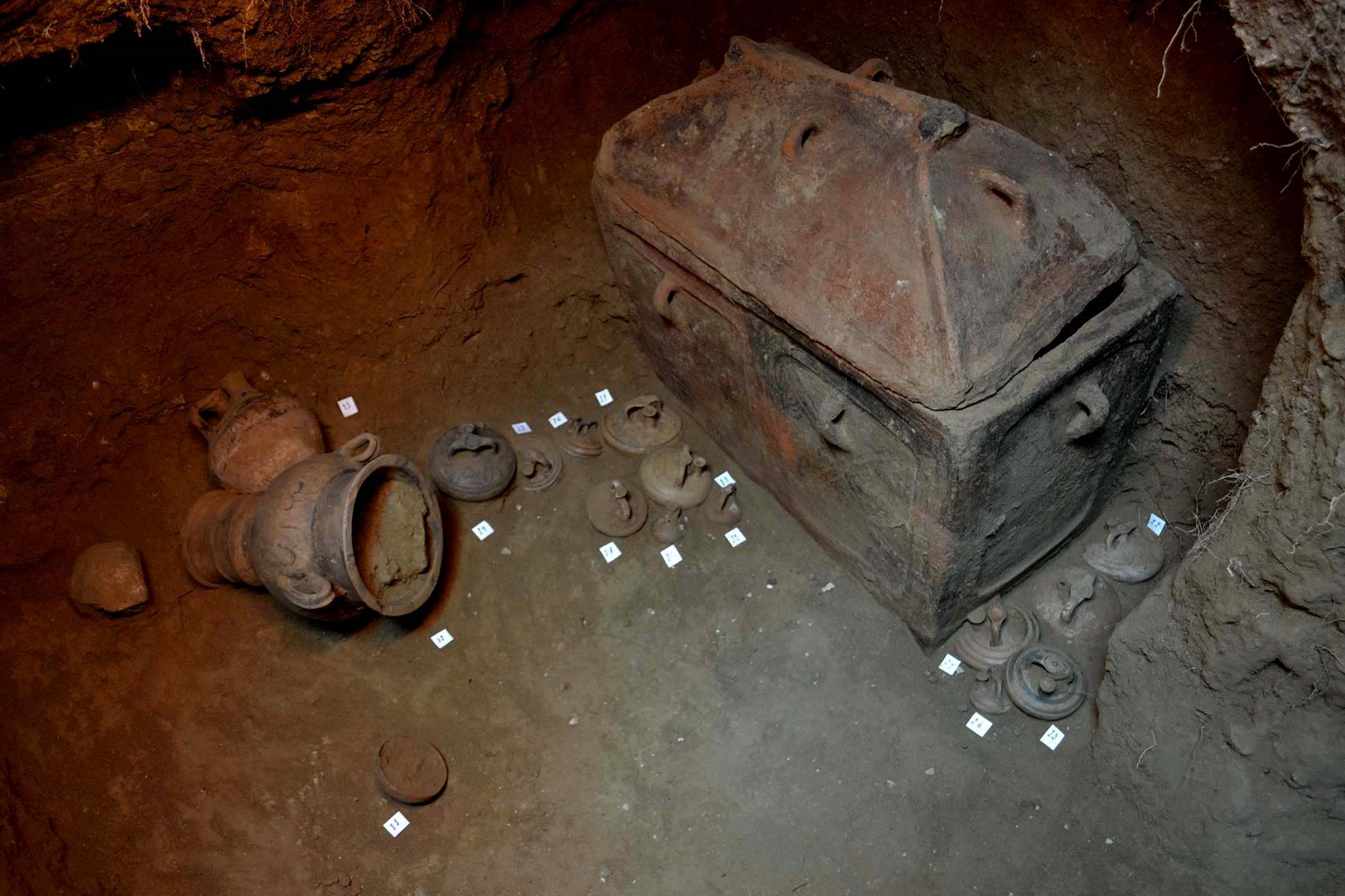 1/2 Detail of the Late Minoan chamber tomb in Ierapetra © Hellenic Ministry of Culture and Sports, Ephorate of Antiquities of Lasithi​ 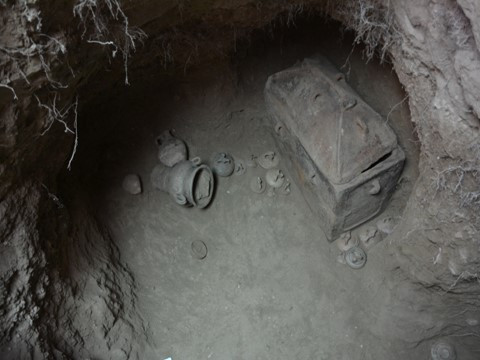 2/2 Detail of the Late Minoan chamber tomb in Ierapetra © Hellenic Ministry of Culture and Sports, Ephorate of Antiquities of Lasithi​

Background Image | Detail of the Late Minoan chamber tomb in Ierapetra © Hellenic Ministry of Culture and Sports, Ephorate of Antiquities of Lasithi