Τhe Museum of Cycladic Art is dedicated to the study and promotion of ancient cultures of the Aegean and Cyprus, with special emphasis on Cycladic Art of the 3rd millennium BC.

The Museum of Cycladic Art is dedicated to the study and promotion of ancient cultures of the Aegean and Cyprus, with special emphasis on Cycladic Art of the 3rd millennium BC.

It was founded in 1986, to house the collection of Nicholas and Dolly Goulandris. Since then it has grown in size to accommodate new acquisitions, obtained either through direct purchases or through donations by important collectors and institutions. 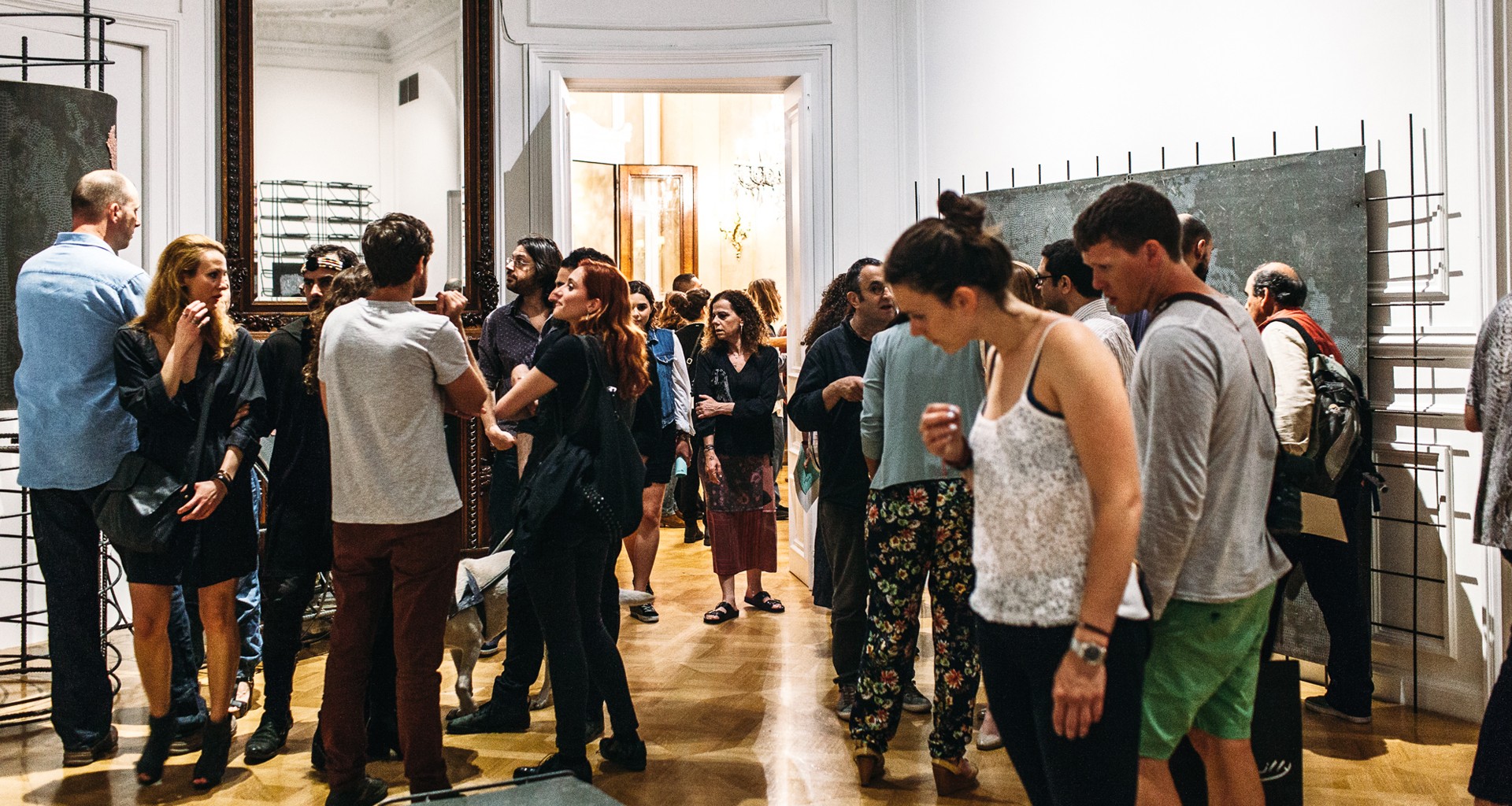 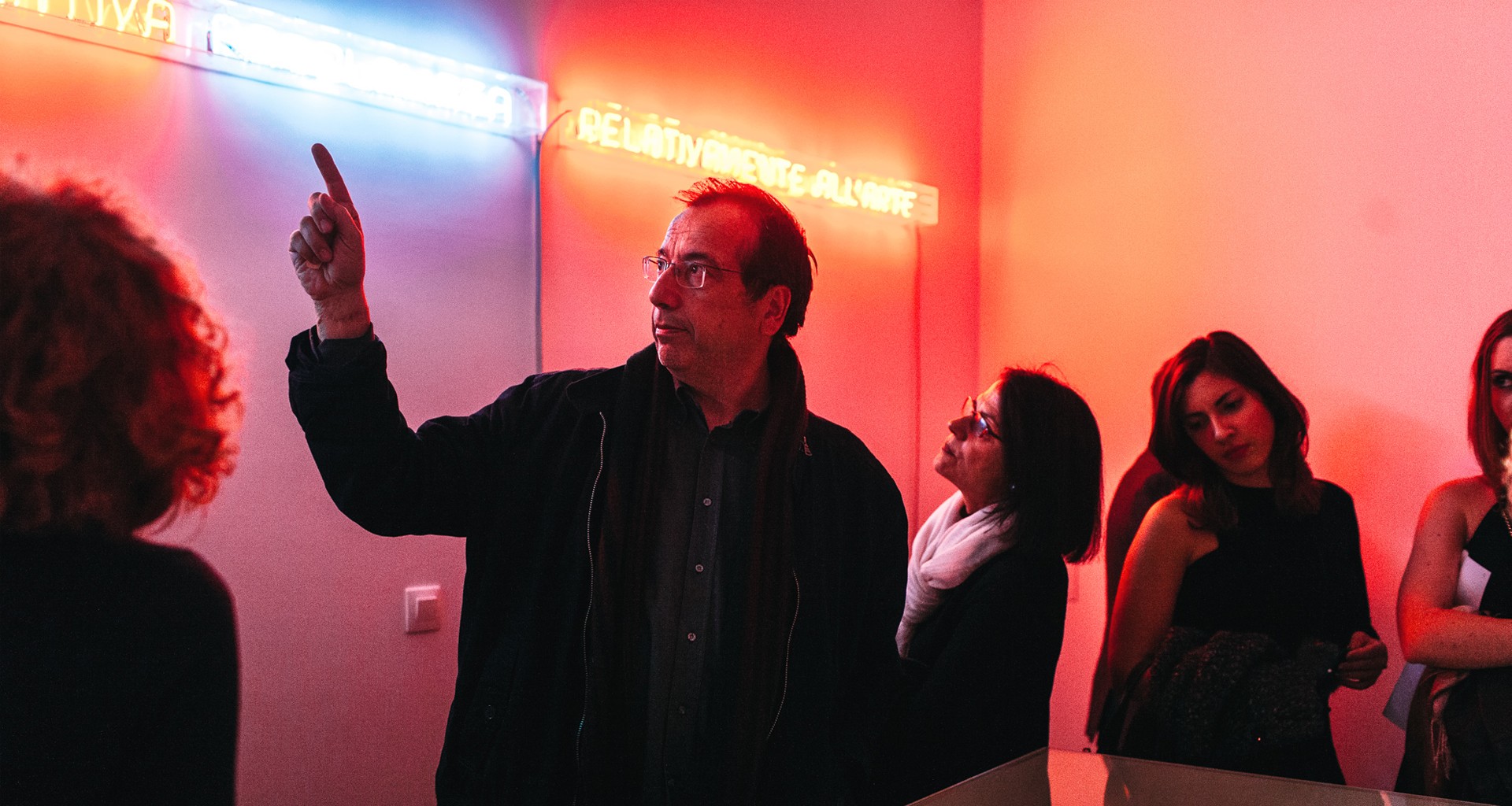 The Museum of Cycladic Art’s temporary exhibitions focus on archaeology and modern and contemporary art with the aim to familiarize the public with important twentieth and twenty-first century artists and to explore the relations between ancient cultures and modern art. 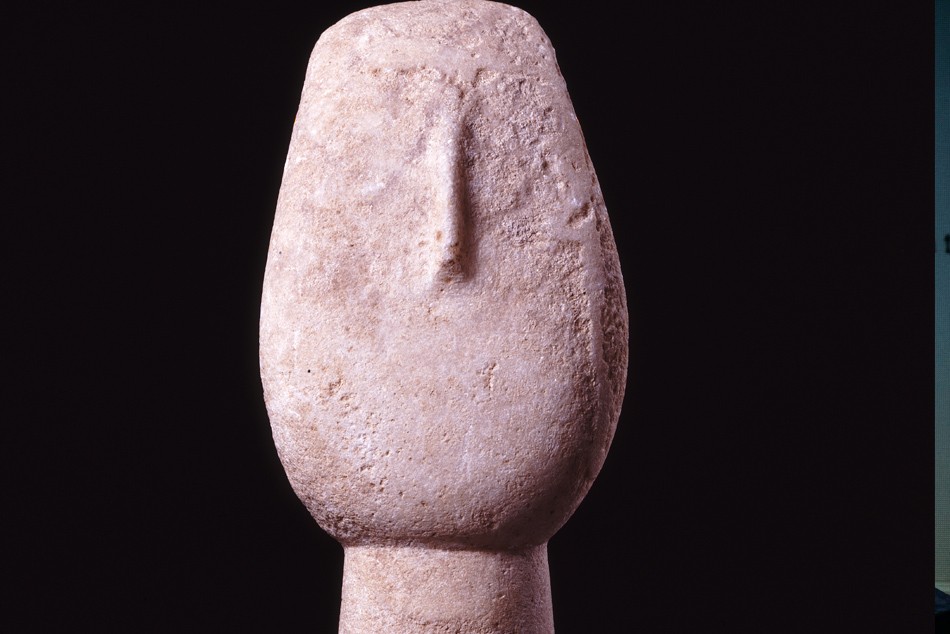 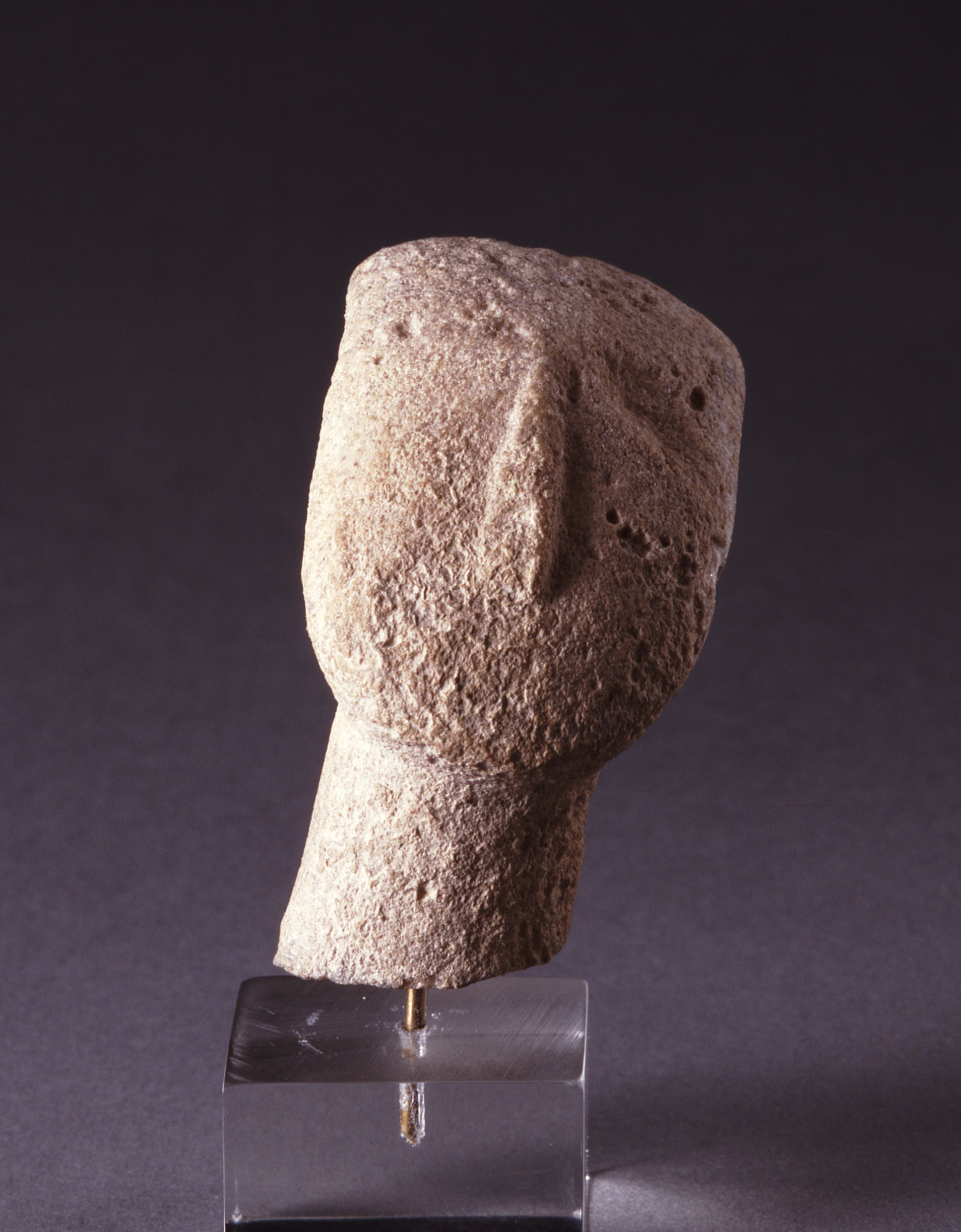 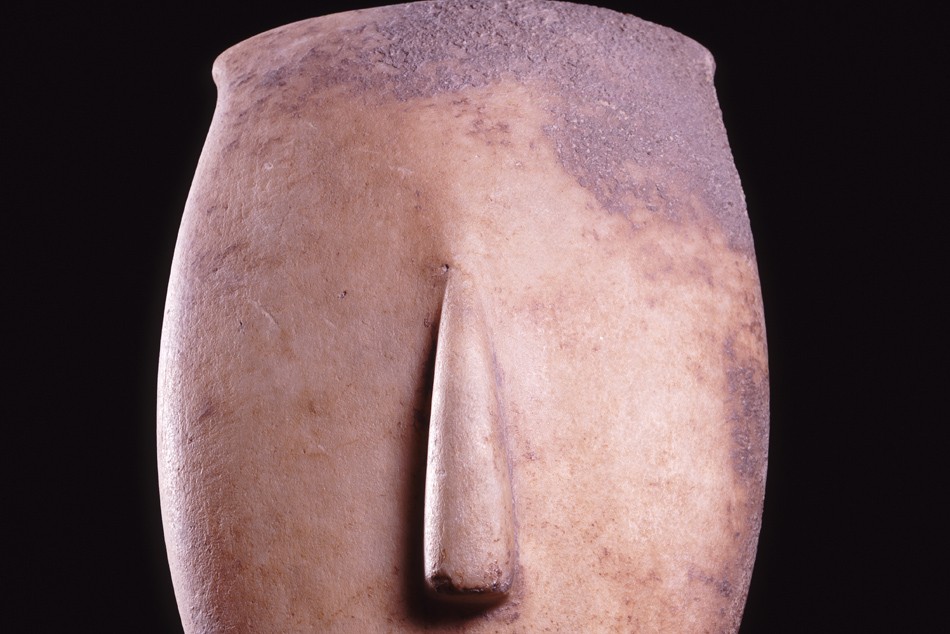 Nicholas and Dolly Goulandris started collecting archaeological objects at the beginning of the ‘60s, after being granted official permission by the Greek state.

The collection soon became renowned among scholars because of its exquisite and rare Cycladic objects (marble figurines and vessels), which were published by Prof. Christos Doumas in 1968.

Alongside the Cycladic pieces, Dolly and Niko completed their acquisitions with a number of ancient Greek vases, bronze and glass vessels, coins and terracotta figurines, broadly covering the chronological spectrum from the 2nd millennium BC to the 4th century AD.

The collection was first presented at the Benaki Museum in 1978. Between 1979 and 1983 it traveled to major museums and galleries around the globe: the National Gallery of Washington in 1979, the Museum of Western Art at Tokyo and Kyoto in 1980, the Houston Museum of Fine Arts in 1981, the Musees Royaux d’Art et d’Histoire and the Palais des Beaux Arts at Brussels in 1982, the British Museum at London in 1983 and the Grand Palais at Paris in 1983. In recent years, Cycladic objects from the N.P. Goulandris Collection have been presented at the Museo Nacional – Centro de Arte Reina Sofia in Madrid (1999), at Musei Capitolini in Rome (2006), at the Art Museum of the Imperial City in Beijing (2008) and at the Sakip Sabanci Muzesi in Istanbul (2011).

THE CREATION & MISSION OF THE MCA 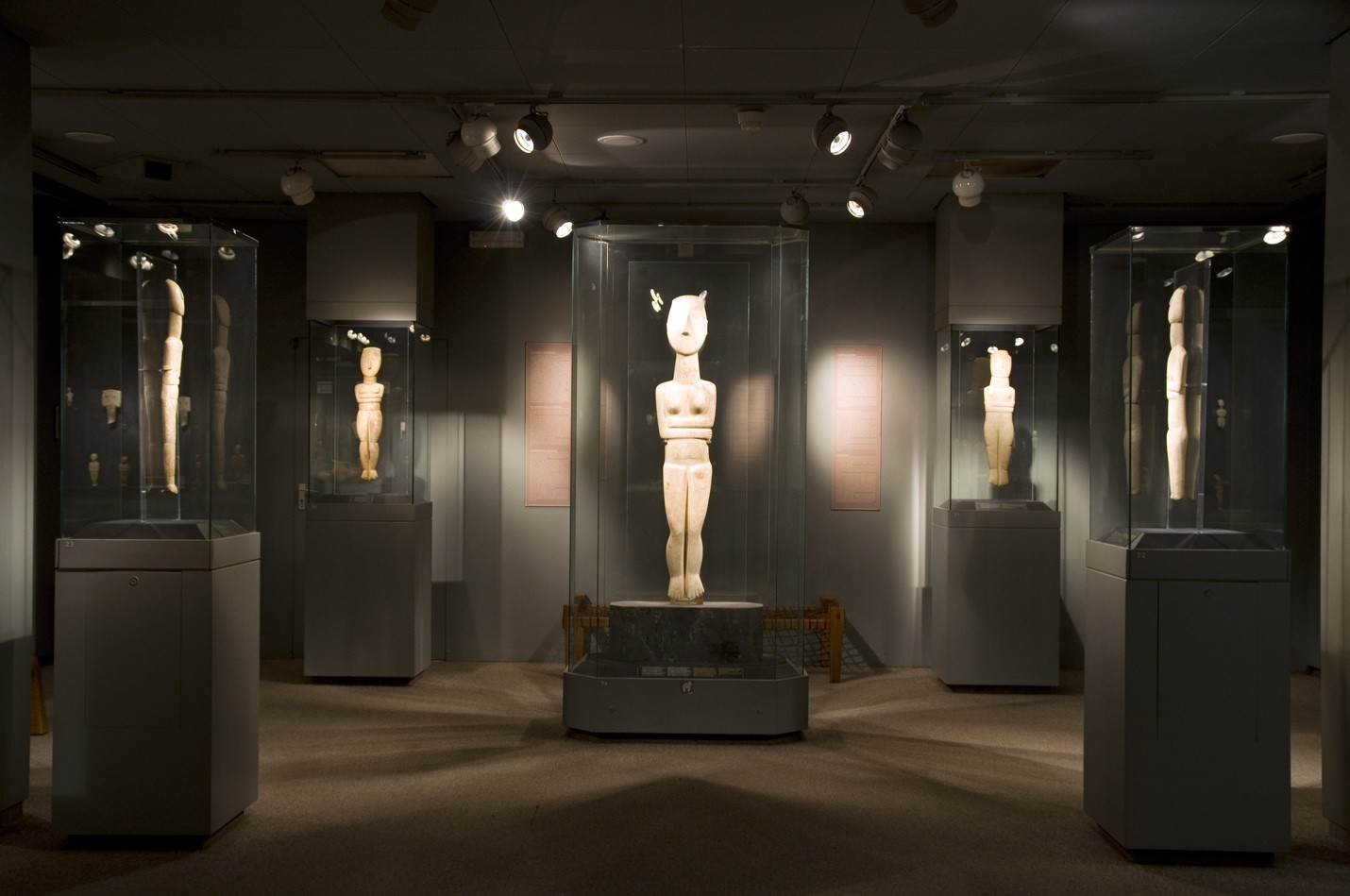 The MCA was inaugurated on 26 January 1986. Dolly Goulandris donated the entire N.P. Goulandris Collection to the museum, where it has been on exhibition ever since.

A few months earlier, in 1985, the N.P. Goulandris Foundation had been instituted, whose stated mission is “the study of Aegean civilization, research on prehistoric, Classical and modern Greek art, as well as its dissemination and promotion”.

These goals are being fulfilled through the effective maintenance, presentation and continuous enlargement of the collection, the temporary exhibitions, the publication of monographs and catalogues, the provision of scholarships for research purposes and the participation in international research projects.
More

THE ENRICHMENT OF THE COLLECTIONS 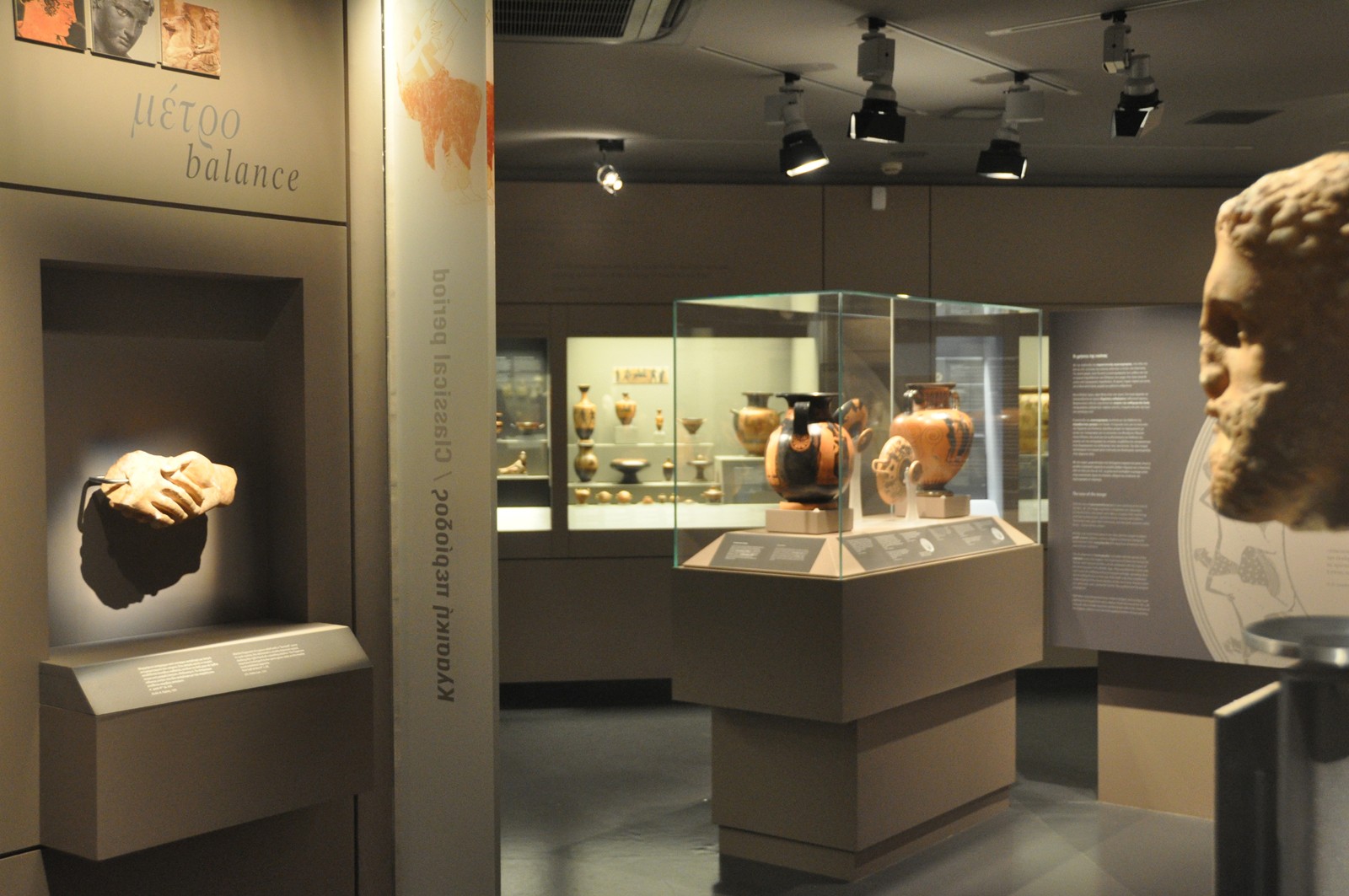 The MCA has enlarged its collections with new acquisitions, donations and long-term loans.

In some cases donors, both individuals and institutions, have offered the entirety – or a large part – of their collections to the MCA. These collections (C. Politis Collection, Athens Academy Collection, Commercial Bank Collection) have been incorporated into the major thematic units of the museum. In 2002, the Cypriot collector Thanos N. Zintilis donated to the MCA one of the largest collections of Cypriot antiquities in the world.
More 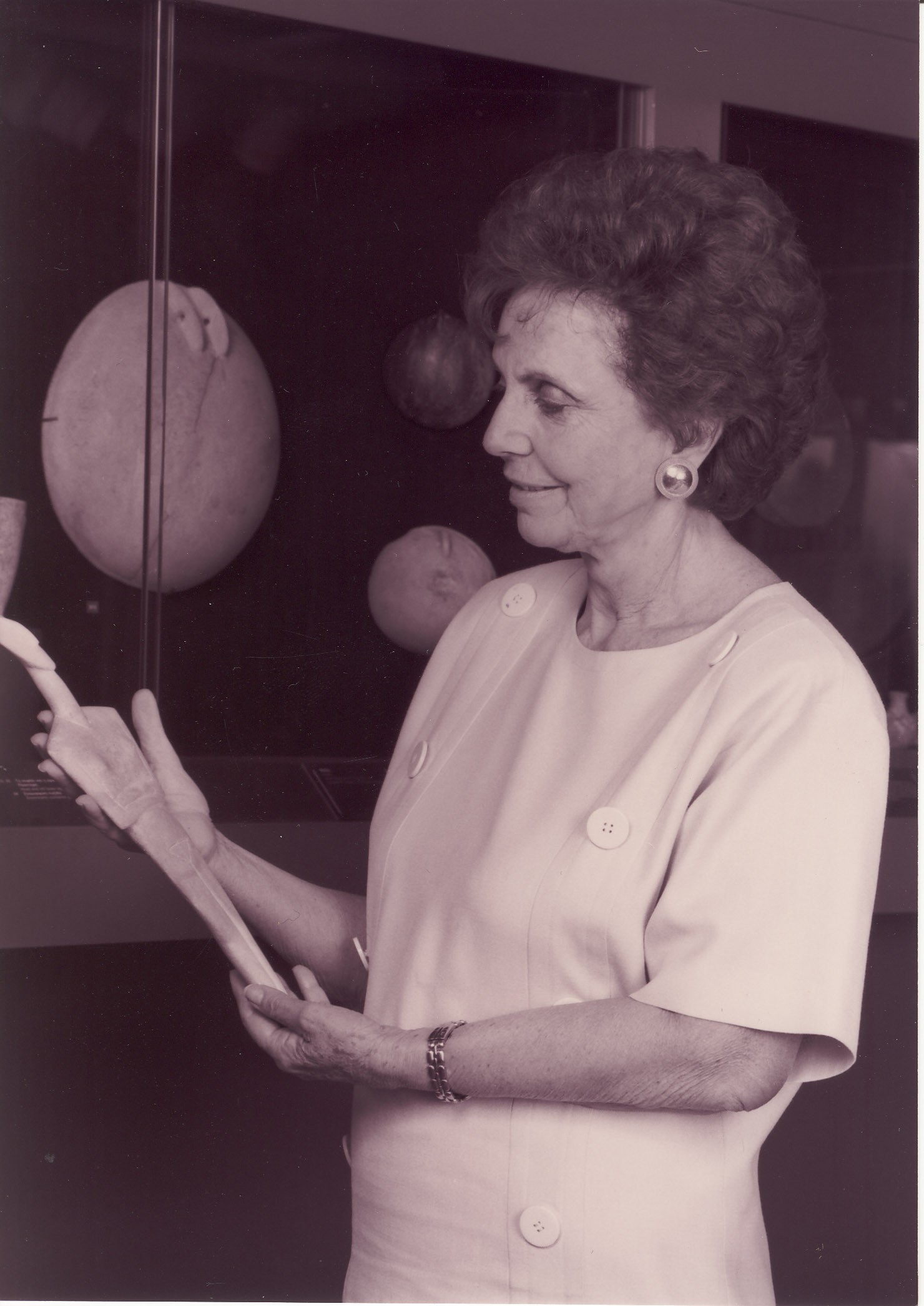 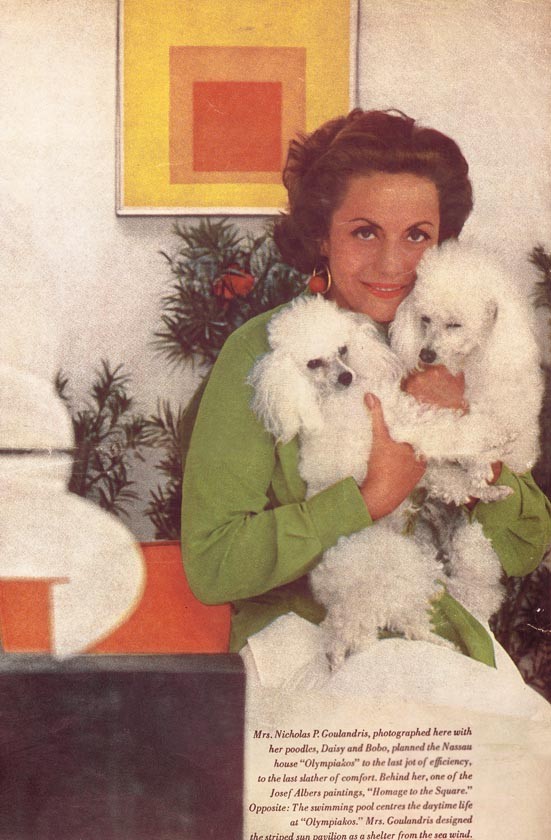 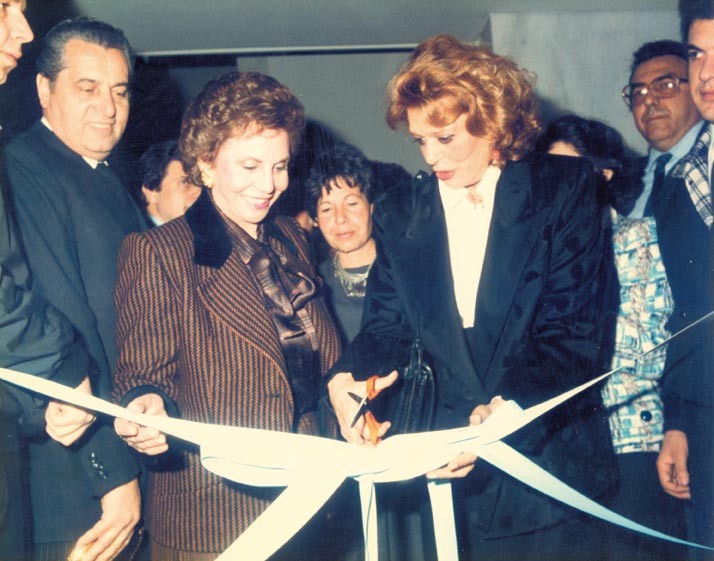 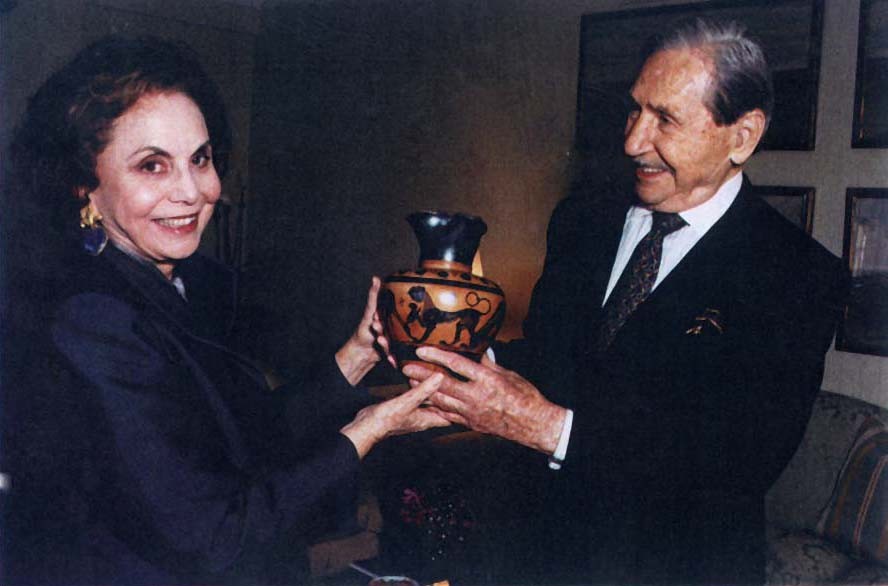 Our Founder, Dolly Goulandris, passed away peacefully on February 15th, 2008. Her lively presence in leading this Museum for over twenty years will be deeply missed by all. Dolly grew up with an appreciation for art and a parallel fascination with antiquity. She also was blessed with a good eye for form.
Starting in 1958, Dolly spent many happy summers as she accompanied her husband, Niko, on his fishing adventures throughout the Greek islands.

Cycladic art was not as well known then as it is today. Still, it was there and could be appreciated by an active visitor willing to seek out the less well known museums then in operation around the Cycladic islands.

Dolly was quick to appreciate the value of its stark and simple forms.

She understood instinctively that as others gained exposure to these strange forms, they too would share her fascination.

Dolly set about quickly to share her discovery. In 1962 she requested and was granted a “Permit for Private Collection” by the then General Director of Antiquities of the Hellenic Ministry of Culture, Ioannis Papadimitriou.

The issuance of this permit was instrumental to the success of Dolly and Niko’s efforts because it enabled them to purchase and acquire antiquities both in Greece and abroad.

Dolly quickly developed experience as a collector and assembled a comprehensive collection of Cycladic antiquities which is distinguished both for its exquisite quality and for its completeness.

Mobilizing the specialized knowledge of noted Greek and foreign archaeologists, the objects were photographed, catalogued, conserved and systematically studied. The Cycladic pieces from this collection were officially published for the first time in a 1968 catalogue.

After donating the Collection to her newly created N.P. Goulandris Foundation (1985), Dolly set about to complete the construction and fitting out of a brand new purpose-built museum conveniently located in a pleasant central Athens neighbourhood.

The museum building was constructed with materials common in the Cyclades such as white marble and granite. Expansive glass windows grace the frontage above the main entrance. The blue reflection of our sunlit skies creates a visual evocative of the Cycladic islands.

The Museum of Cycladic Art was inaugurated on January 26, 1986. The well designed original core facility has provided a wonderful permanent home for the Collection. Dolly’s persistent efforts through the years were instrumental to the Museum’s continued physical expansion. Valuable additional space to house a growing academic, curatorial and administrative staff as well as greatly expanded areas for all types of temporary exhibitions have all been provided for the Museum of today.

Under Dolly’s guidance, the Museum of Cycladic Art evolved into an active institution, focusing on the research of ancient and modern Greek culture, the presentation of archaeological exhibitions, art exhibits of many types, the publication of monographs and exhibition catalogues, and the organization of lectures and seminars both for scholars and for the general public.

Dolly took a special interest in children’s education. She felt it was important to provide young people with a quality vehicle designed to creatively open their minds to the wonders of artistic appreciation. Many young adults in Athens today can still remember their early visits to the Cycladic Museum and how they were guided at the time to create clay models of those unusual figurines to which they had so recently been first exposed.

Dolly Goulandris was gifted with a singular ability to form lasting friendships and uniquely creative relationships with many talented individuals throughout the world of culture. Thankfully she applied this ability to achieve the favored international reputation enjoyed by her Museum. Far-reaching collaborations with major institutions around the globe resulted in exhibitions of exceptional quality with masterpieces of world art presented alongside the permanent collections of the Museum of Cycladic Art.

Dolly told us she sought a “culture with no frontiers”. She devoted the better part of her life to the pursuit of this ideal and Cycladic Art became far more accessible to the general public achieving the world wide recognition it always deserved. Her success in this endeavor was widely acclaimed and led to many international distinctions.

Dolly was a woman with a drive to get things done and so she left this world a richer place. Her life experience encompassed what for many would have seemed a multitude of lives.

Somewhere along the way, she ran into her first Cycladic figurine. And here she learned the excitement of sharing. At its core, Dolly’s life came to be about just this: a lifetime journey to share her “Cycladic Vision.”

1963: Lifetime Member of the Athens Archaeological Society
1978: Medal of the Order of Merit of the Hellenic Republic
1981: Silver Award of the Academy of Athens
1983: ‘Commandeur de l’ Ordre des Arts et des Lettres’ of the French Republic
1987: Special commendation of the European Museum of the Year Award
1996: Honorary Doctorate of the University of Athens
1997: International Prize for Culture of the A.S. Onassis Foundation
1999: Medal of the Commander of the Order of the Phoenix of the Hellenic Republic
2000: Medal ‘De Alfonso X El Sabio’ of the Spanish Ministry of Education and Culture
2003: Anassilaos - Nostos Award of Reggio de Calabria, Italy
2004: Grand ‘Ufficiale dell’ Ordine della Stella della Solidarieta’ of the Italian Republic
2008: “Athena” award of the Hellenic Federation of Friends of Museums (HFFM)