Locations for Cycladic settlements of the Early Bronze Age were determined by two factors: a) proximity to coves and bays that offered good anchorage and facilitated maritime communication, and b) protection from natural hazards and raids. Promontories, low hills and other naturally protected areas close to the sea were the most favourable settings, although inland settlements are not unknown. 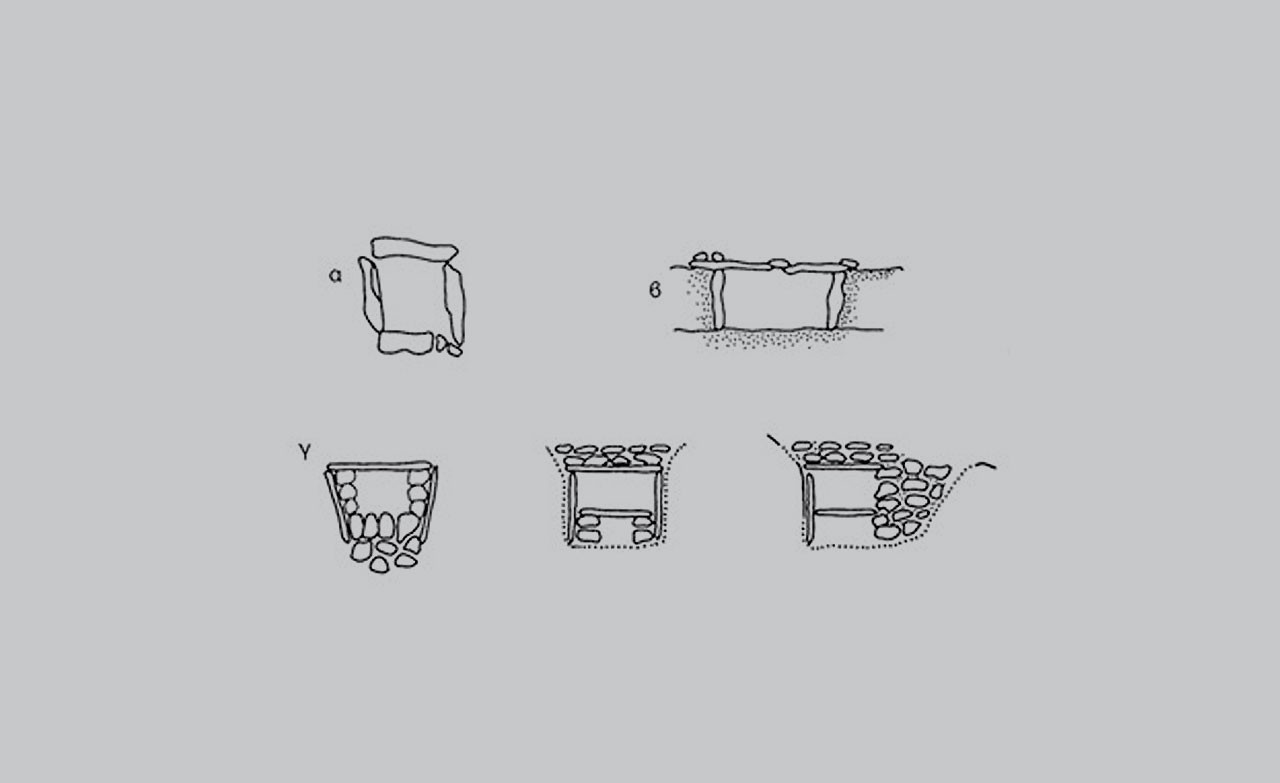 The Cycladic people of the EBA did not have a system of writing nor do archaeologists have comprehensive information on their settlements; therefore, scholars must rely on the numerous excavated cemeteries for insight into the organization of their society and their views on death. Overall changes in the distribution and organization of Cycladic cemeteries through time suggest a gradual shift from small and isolated communities to larger, urban centres. The large variety of grave goods found in tombs reflects a society with different levels of wealth. The presence of grave goods might also imply a belief in an afterlife. 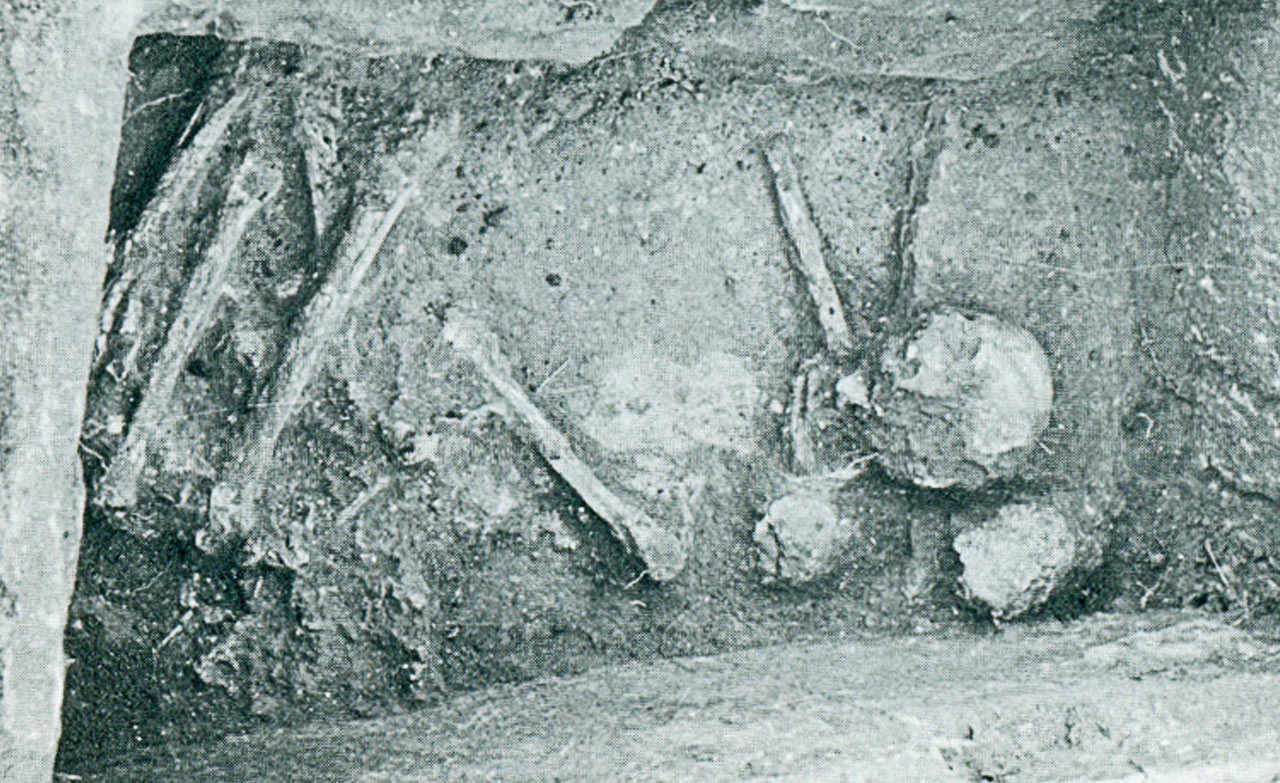 No organized settlements of the Early Cycladic I period (3200-2800 BC) have been found so far. Some scholars assume that this absence is due to the use of perishable materials for the construction of houses. However, it is also probable that it reflects a dispersed system of habitation. The wide distribution of cemeteries in that period (especially on large islands such as Naxos and Paros), in combination with cemeteries' small size, suggest that the population was organized in small units, possibly isolated farmsteads, each accommodating an extended family. A similar system of small agricultural and stock-raising units, housing not only the members of the family but also livestock, and domestic activities such as cheese-making, basket-weaving, etc. survived until recently on several Cycladic islands.

During this period, cemeteries consisted of clusters of 10-15 cist-graves located on a hillside. These graves, shallow subterranean pits lined with four stone slabs, housed only one body in a contracted position. The body lied on its right side, the knees were pulled up to the chest and the hands rested in front of the body. In some cases, a small platform was constructed just above the grave, possibly to be used for funerary rituals. Only a small minority of EC I graves contained grave goods. Pottery was the most common artifact but marble figurines and beads have also been found in some burials. The goods could have been the individual's personal items, and the gesture of burying an object with its owner might also be a sign of a belief in an afterlife. 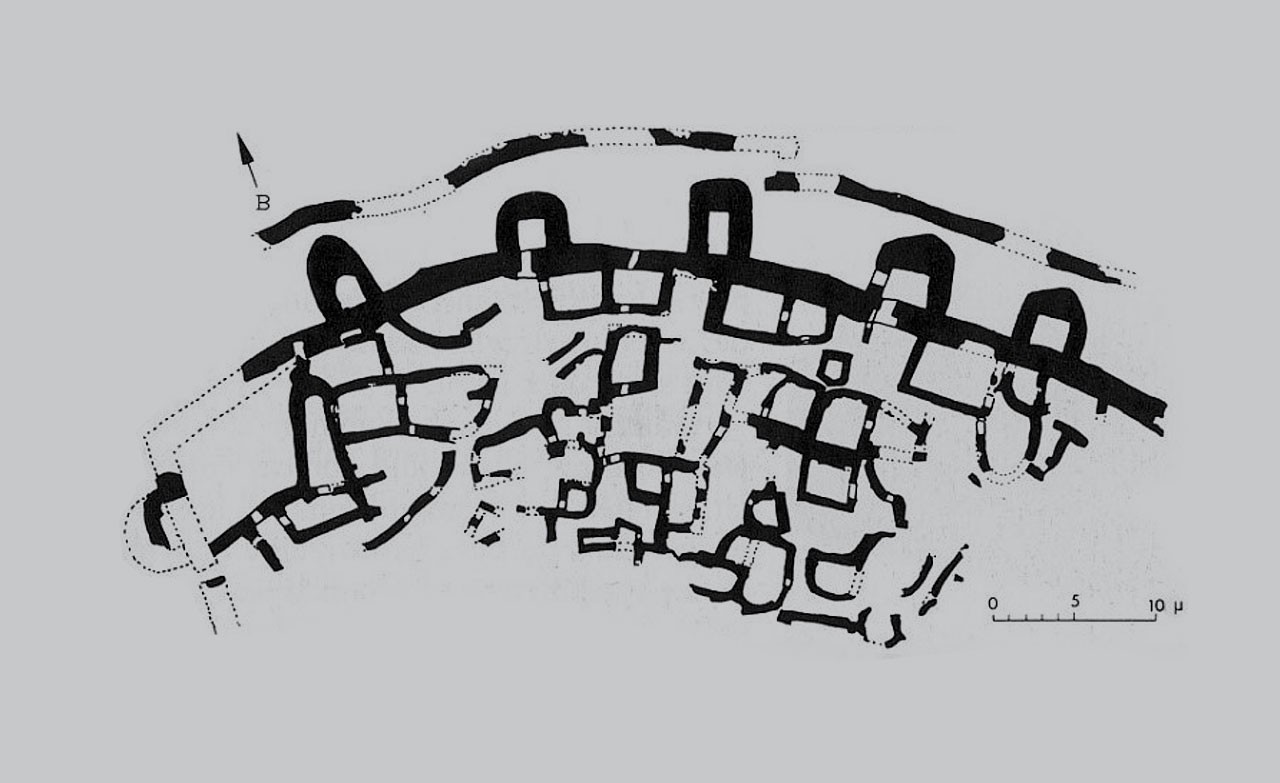 The fortified site of Kastri, Syros

It is only in this period that we find organized settlements in the Cyclades. Excavations at Skarkos in Ios and at Agia Irini in Keos brought to light explicit evidence for the existence of proto-urban installations as early as c. 2600 BC: rectangular houses (sometimes two-storied) with fine masonry, drainage systems, industrial areas, etc. Both settlements were located close to the sea, in closed, naturally protected bays, and seem to have attracted a large number of the local population. A surface survey on northern Keos shows that Ag. Irini was probably the only large settlement of the period and may have functioned as the actual “capital” of the island. We can plausibly assume that the same was true for Skarkos as well as for Chalandriani in Syros, where a vast cemetery of more than 600 graves has been found. On the contrary, such islands as Melos, Naxos, Amorgos and Paros seem to have enjoyed a less nucleated system of habitation, although relatively large settlements were also present (Phylakopi in Melos, Grotta on Naxos, etc.). The isolated farmsteads we know from the EC I period continued to be used throughout Early Cycladic II.

Protection against piracy and enemy raids was a constant concern for the people of the Cyclades. The earliest levels of the defensive wall at Strofilas on Andros date to the final Neolithic period, while the site of Markiani on Amorgos was protected by a surrounding wall as early as Early Cycladic I. More fortified sites apear during the Early Cycladic II period: Panormos on Naxos, a site on mount Kynthos on Delos and, notably, the settlement of Kastri on Syros, which dates to the later part of EC II. Those strongholds were established on top of precipitous hills reflecting a period of unrest throughout the Aegean, possibly associated with extensive population movements from the north and the east. Their inhabitants were forced to live within the limited space of the protected area for security reasons. The discovery of bronze artifacts, crucibles, and stone moulds at Kastri indicates that economic activities were also taking place inside the walls. The large number of sling stones found outside the fortifications at both Kastri and Panormos make clear the reasons for these defenses.

Cemeteries are more and each tended to have more graves and burials, reflecting a rise in population and possibly a different organization of society. The establishment of new burial grounds close to the sea seems to suggest a shift to coastal, nucleated communities. While cist-graves remained in use, their size and design was altered slightly to accommodate multiple burials. The graves became deeper and included a small platform separating the latest burial; earlier burials were stored underneath the platform. Goods included marble vessels and figurines, silver and bronze jewellery, cosmetic items, beads of shell and stone, and pottery. Bronze weapons appear in a very small number of graves. As in the earlier phase, there is considerable variation in the quantity and quality of grave goods (while many graves had no goods at all), reflecting a society of varying wealth and status.

At this period, a new type of corbelled tomb emerged at the extensive Chalandriani cemetery on Syros. In a corbelled tomb, the roughly circular walls were made of courses of dry masonry decreasing in diameter until only one slab was needed to seal the tomb. Although the Chalandriani tombs were provided with side entrances, they mostly held single burials. More than 600 graves have been found, clustered in distinct groups; there is considerable diversity in the quantity and quality of grave goods. 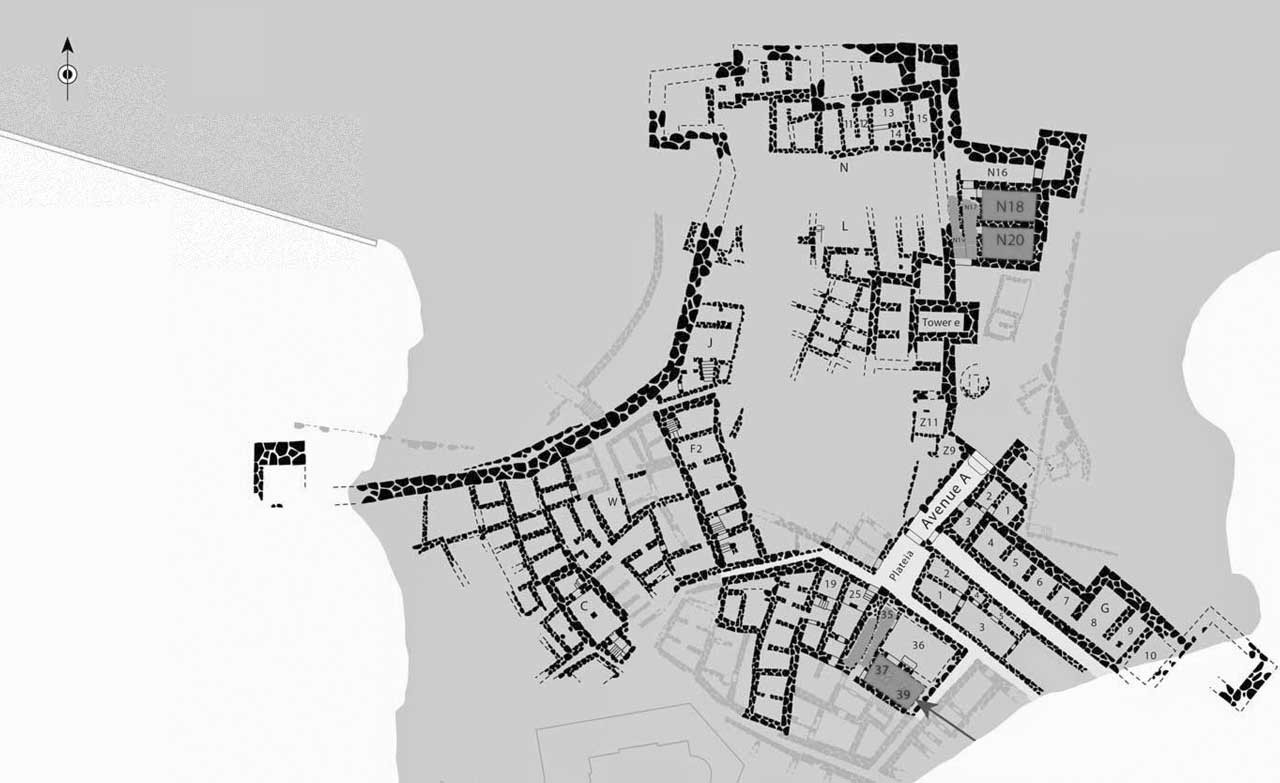 The limited information we have for the Early Cycladic III period comes mainly from the important settlements of Phylakopi on Melos and to a lesser extent Paroikia on Paros. The violent destruction of the fortified sites at Kastri and Panormos and the abandonment of the large EC II settlement of Skarkos on Ios have been considered as evidence for a decrease in population. Certainly, the upheaval observed in the Aegean at the end of the EC II period must have affected the Cyclades. However, there are strong indications that, alongside Phylakopi and Paroikia, a number of sites that were to develop into major ports in the succeeding Middle Bronze Age, such as Akrotiri on Thera, Agia Irini on Keos and Grotta on Naxos, were also inhabited during the Early Cycladic III period (although the corresponding levels are rather insufficiently explored, so far). Thus, it is not improbable that the changes observed in this period were due to a gradual nucleation of settlement in major coastal centres, which offered better protection from external threats and facilitated commercial activities – vital for the survival of the island populations.

Our knowledge of EC III burial customs is very limited, since only a few cemeteries of this period have been excavated. We do know, however, that the Cycladic people continued to use cist graves, but the rock-cut tomb also emerged during this period to accommodate multiple burials. The few excavated tombs and cemeteries have included more decorated pottery than earlier periods but very few items of other materials.