With an area of 9251 square kilometers, Cyprus is the third largest island in the Mediterranean after Sicily and Sardinia. 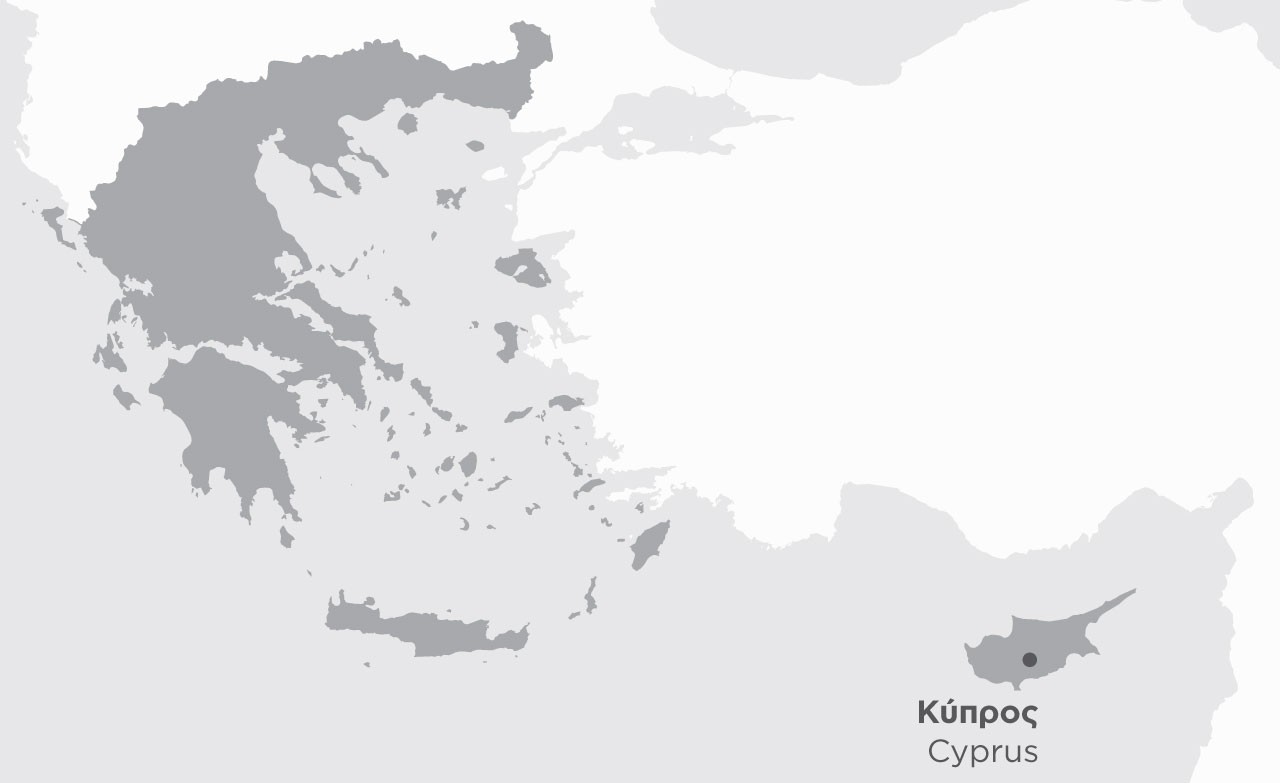 Cyprus has two large mountain ranges, the Troodos (1951 m) and the Pentadaktylos (1024 m), a large fertile plain, Mesaoria, and a coastline extending for 650 km. It enjoys a mild Mediterranean climate (dry summers, mild wet winters) and has typical Mediterranean flora and fauna that favours biodiversity.

There are many good natural harbours around the island (Salamis, Kition, Limassol, Kourion, Marion and Soloi) which make communication with Asia Minor, the Levant, Egypt and the Aegean (via the island of Rhodes) relatively easy.

Because of its strategic location on the crossroads of three continents (Europe, Asia, Africa) Cyprus was always a focal point of eastern Mediterranean trade. The commercial role of the island favoured its economic development but, at the same time, made Cyprus a constant target for all great powers of antiquity, from Assyrians to Romans.

In antiquity, Cyprus was rich in metals, especially copper ores located on the north and northeast slopes of the Troodos. Metallurgy developed early on the island and remained a basic source of wealth at least until Roman times. Metallurgy requires considerable amounts of timber as fuel for smelting and casting, and Cyprus was lucky enough to have its mountains covered with dense forests. Timber was also used for shipbuilding and as an export for trade with countries that lacked forests, such as Egypt.

Through ancient texts of the Classical, Hellenistic and Roman period, we learn that Cyprus was renowned for its wine, oil and other agricultural products. Archaeological discoveries suggest that these products were of primary importance for the local economy as early as the Middle Bronze Age.