The Cyclades are a group of small islands in the central-southern part of the Aegean Sea, forming a virtual land bridge between Mainland Greece and Asia Minor. Naxos, with an area of 428 sq. km. is the largest. 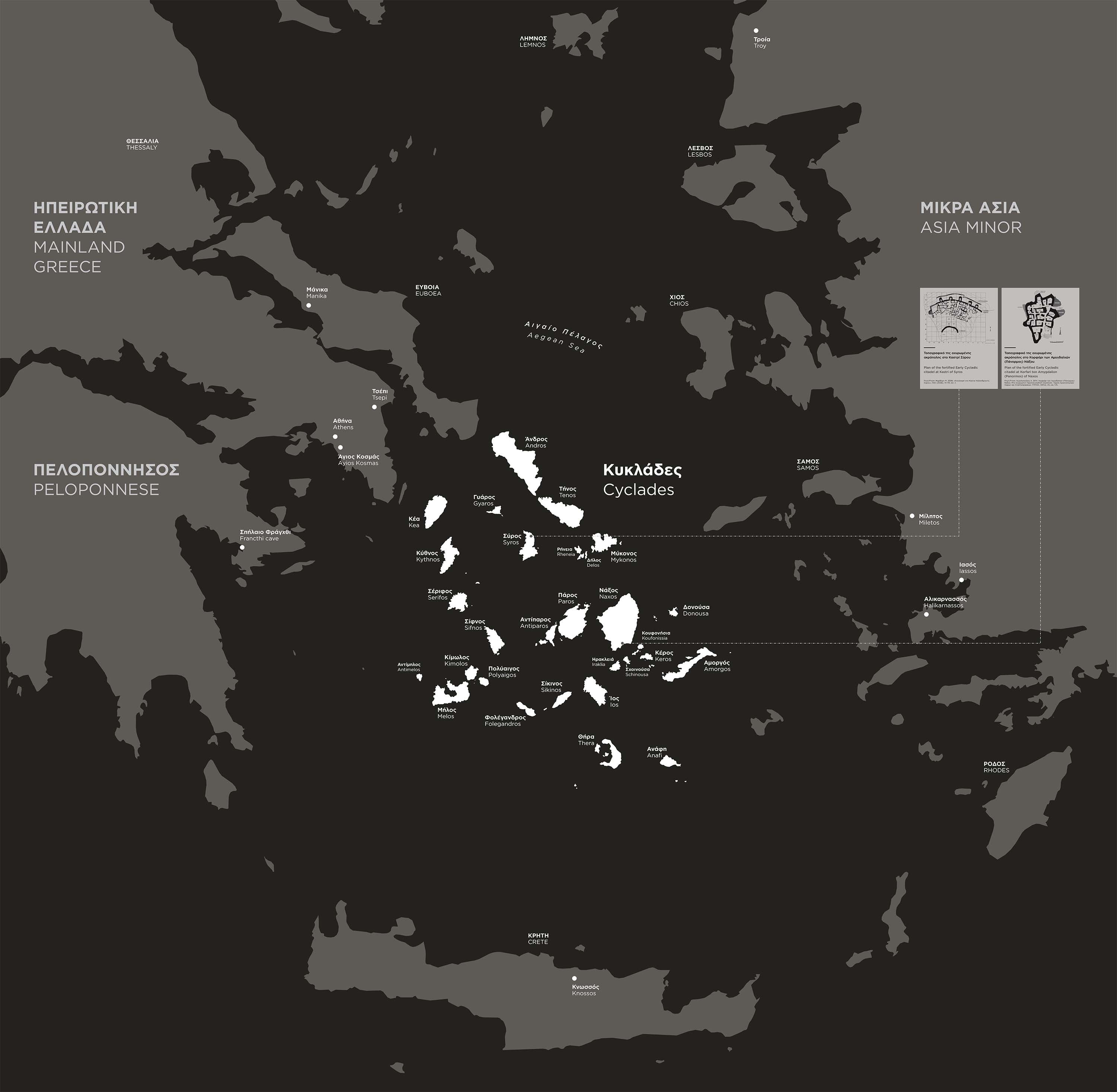 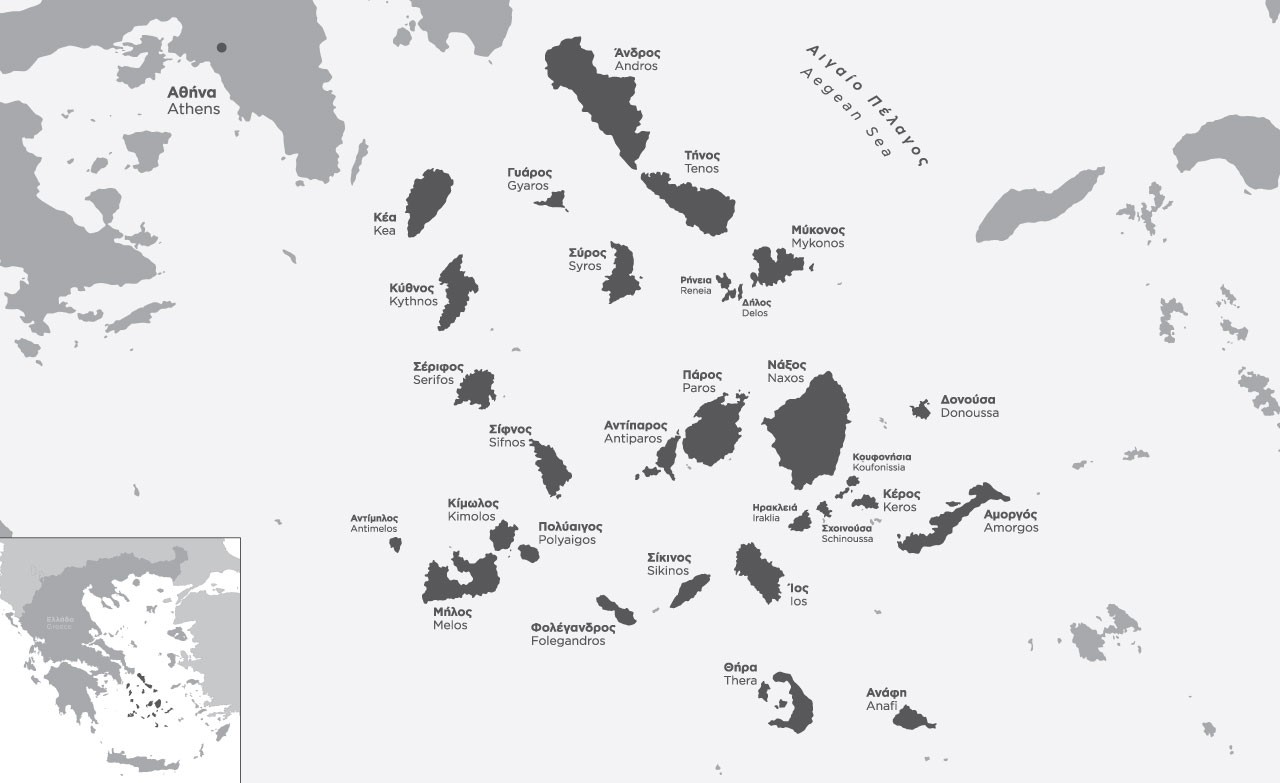 The Cyclades are a group of small islands in the central-southern part of the Aegean Sea, forming a virtual land bridge between Mainland Greece and Asia Minor. Naxos, with an area of 428 sq. km. is the largest. The name Cyclades is used by Herodotus, Thucydides and several other ancient authors. According to Strabo, the Cyclades included Keos, Kythnos, Seriphos, Melos, Siphnos, Kimolos, Paros, Naxos, Syros, Mykonos, Tenos and Andros, which formed a circle around the sacred island of Delos. Thera, Ios, Sikinos, Pholegandros, Amorgos, Anaphi and some of the modern Dodecanese were included in the south Sporades. We should remember, however, that the earliest recorded use of the term Cyclades dates to the 5th c. BC. Whether the 3rd millennium BC inhabitants of the Cyclades used the same or similar names for their islands is unknown.

The Cyclades are in fact the peaks of the mountains of the Aegais, a landmass which was submerged in geological times, about 5 million years ago. Several of the islands, especially those located to the southwest of Attica and Euboea, are rich in crystalline rocks such as granite, gneiss, marble and schist. On the other hand, the southern islands (Melos, Kimolos, Thera), which are located along the arc of south Aegean volcanoes, are rich in volcanic rocks, such as andesite and obsidian. Other sources of mineral wealth include deposits of copper on Kythnos and both lead and silver, extensively used and exhausted in antiquity, on Siphnos.

The Cyclades have limited water resources, a restricted range of flora and fauna, and little farming land. The climate is dry, with prolonged periods of sunshine and little rainfall. However, the strong winds that prevail for most of the year, especially in the summer, help regulate the temperature and favour coastal navigation.