Greekness: from European Enlightenment to Romanticism

The Museum of Cycladic Art invites you to this year’s first Philosophy webinar entitled Greekness: From European Enlightenment to Romanticism. The webinar focuses on philosophical thought in the eighteenth and nineteenth centuries in the West and in Greece and is held on the occasion of our current temporary exhibition entitled ‘Antiquarianism and Philhellenism. The Thanassis and Marina Martinos Collection’.

During three consecutive meetings we will explore the reception of the concepts of Freedom and Equality (29/3), Reason and Imagination (5/4), and the Self and the Collective (12/4).

Freedom and Equality
Reason and Imagination
The Self and the Collective 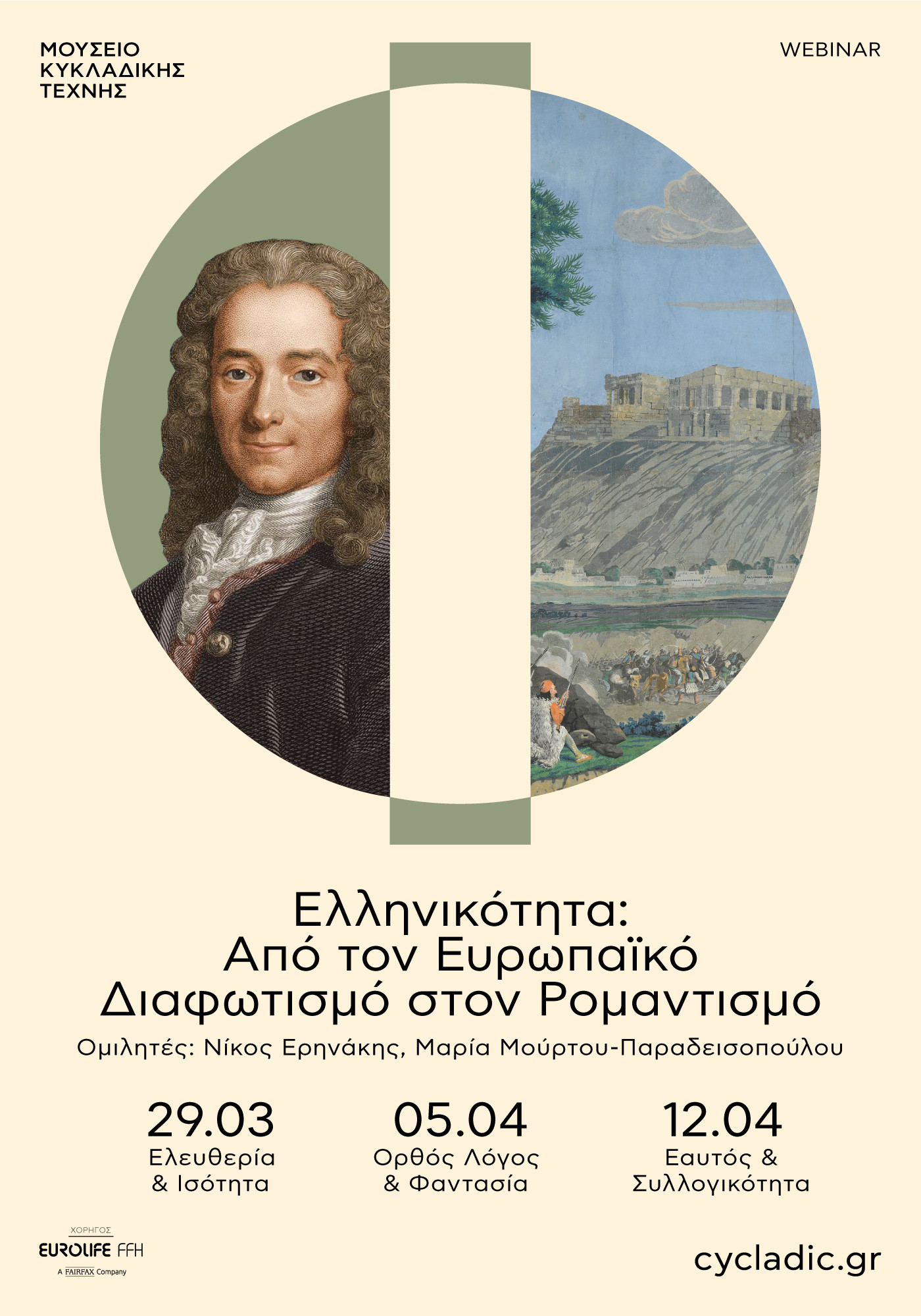 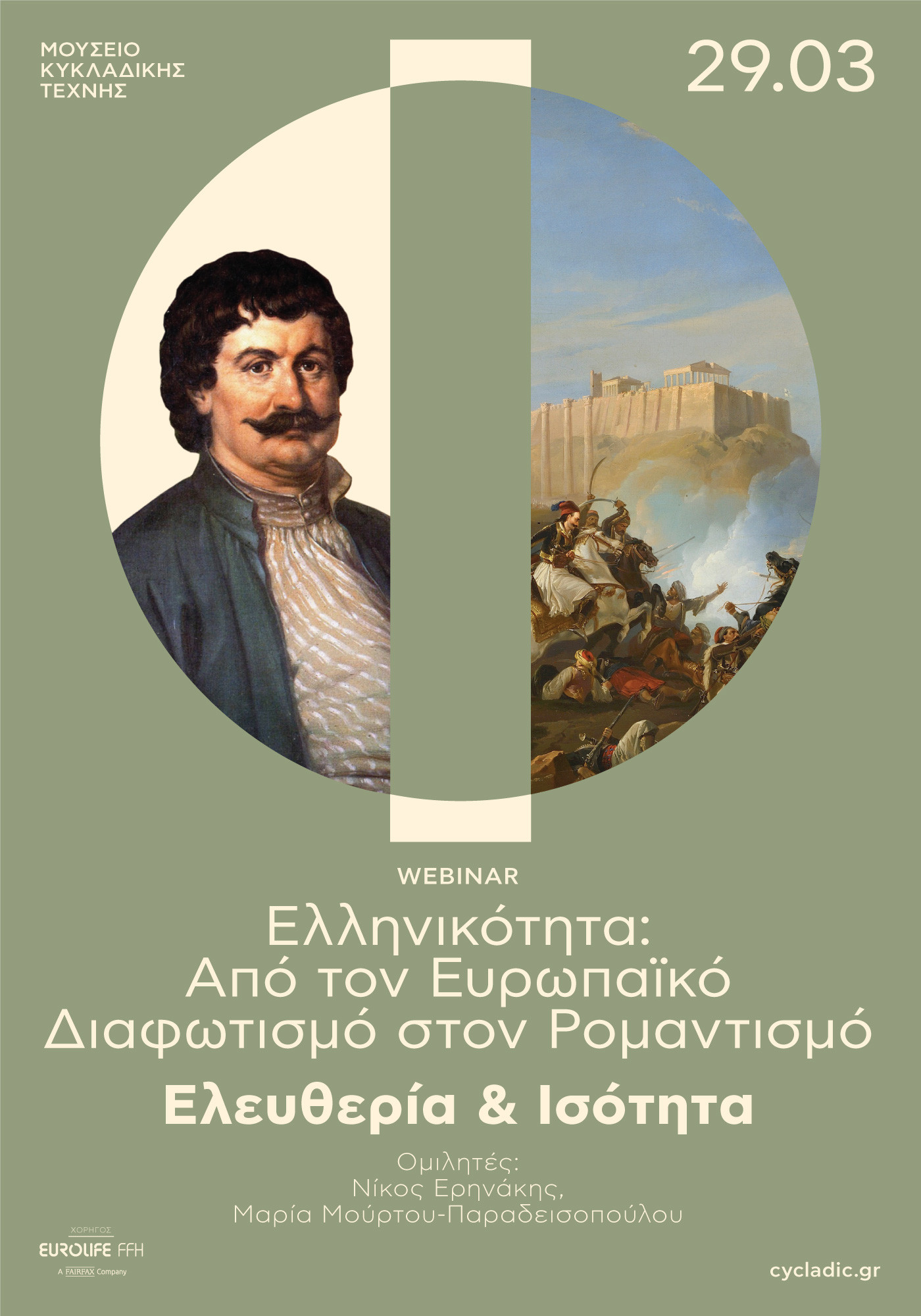 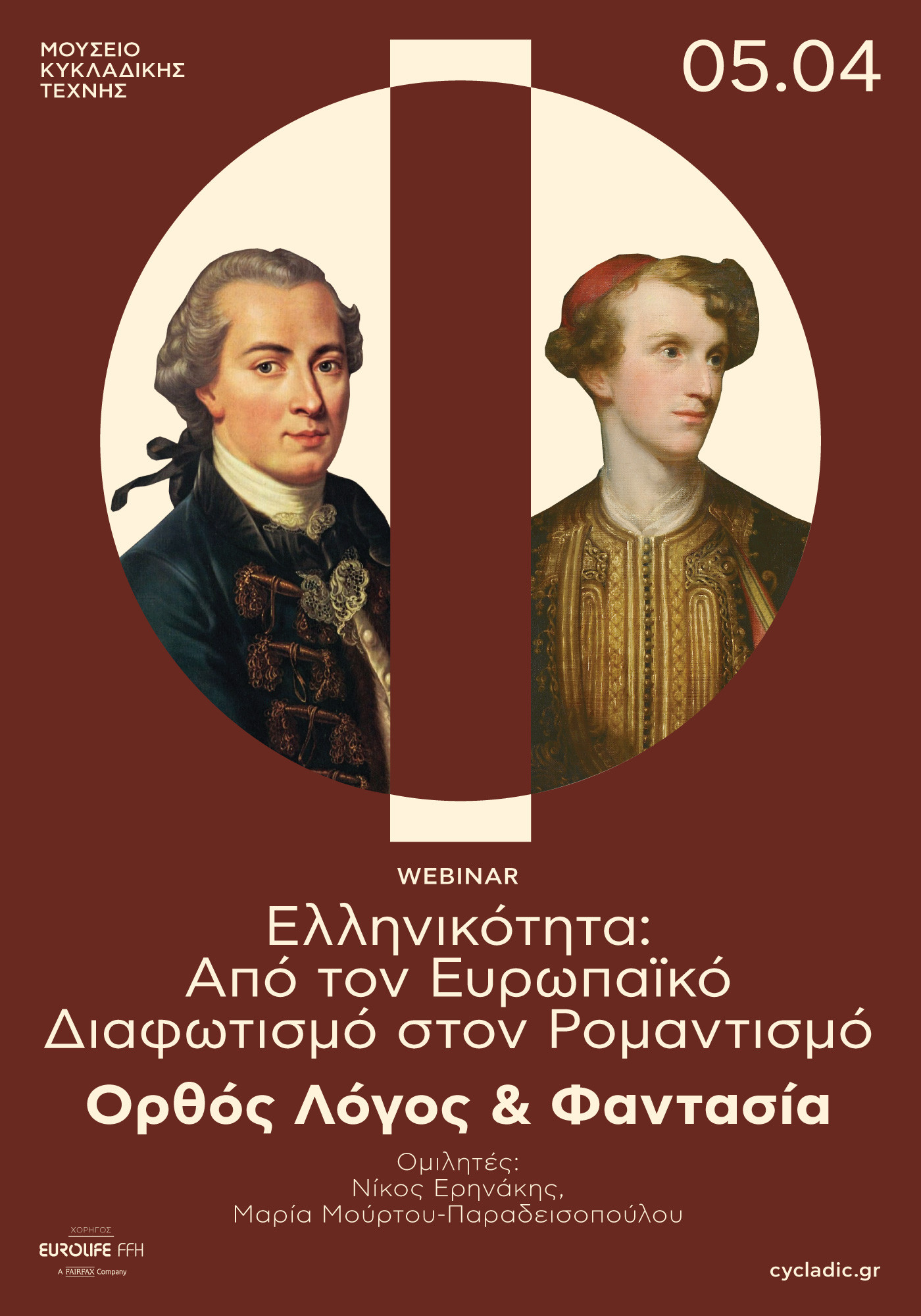 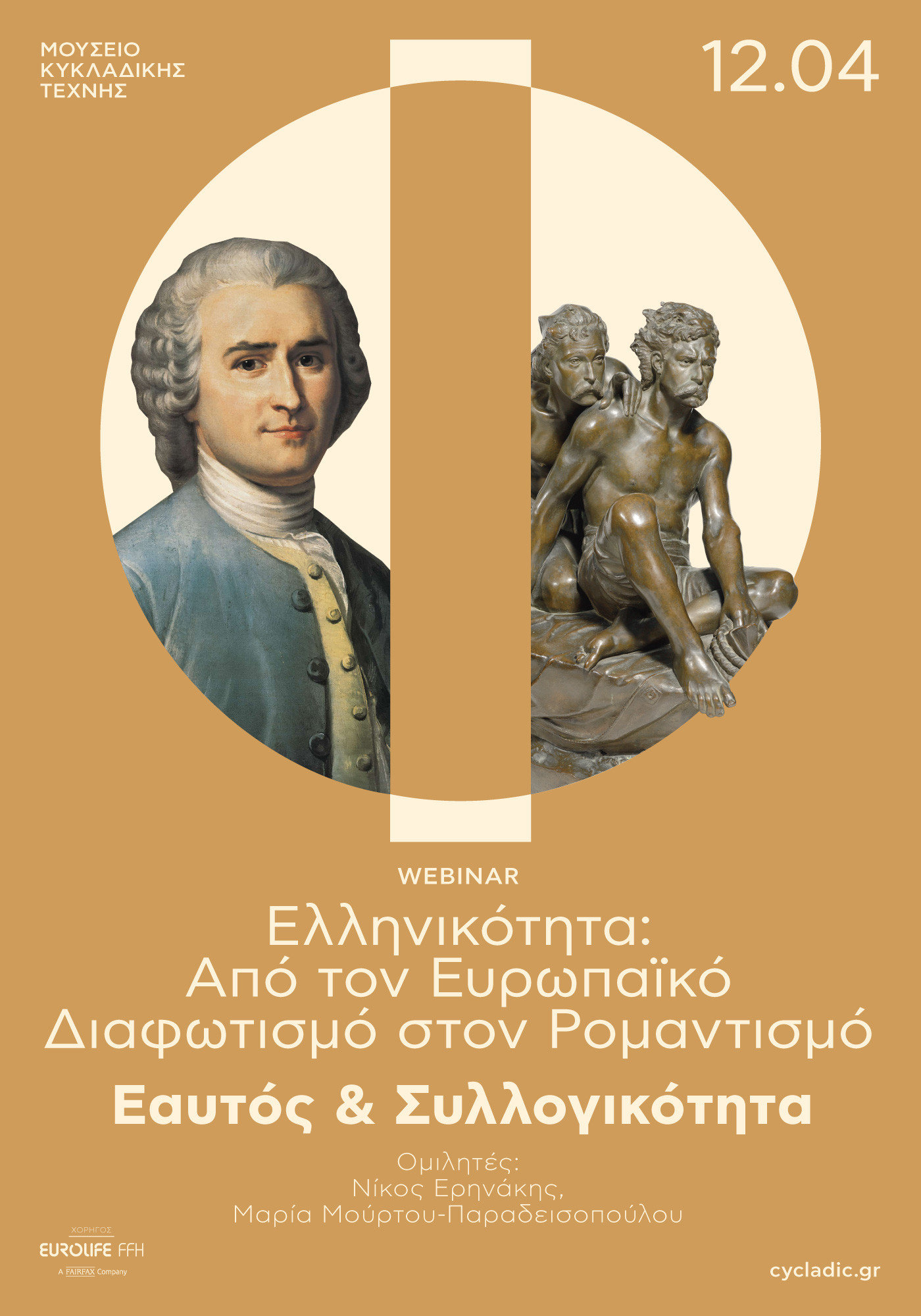 *  The webinar will take place in Greek on Zoom.
** The webinars are introductory and intended for a general audience.