The exhibition explored the fascinating story and the multifaceted character of the Arabic Peninsula from antiquity to modern times.The cultural evolution of the Arabian Peninsula from the prehistoric era until the 20th century was revealed through exhibits that are associated with early nomadic  movements, trade routes that linked the peninsula with the Mediterranean, Mesopotamia and the rest of Asia, as well as with pilgrimage roads leading to Mecca from the 7th century AD onwards. The close proximity of the Greco-Roman world to the Arabian Peninsula and the cultural pluralism developed in the regions are revealed through a series of objects, inspired by the arts of antiquity that were either transported there through the caravan routes or were produced locally. Large-scale sculpture, gold burial ornaments, tombstones  and precious offerings constituted some of the exhibition objects aiming to familiarise the Greek audience with the historical and cultural heritage of the Arabian Peninsula.

The guided tour was conducted by the chief curator Ms. Mina Moraitou. 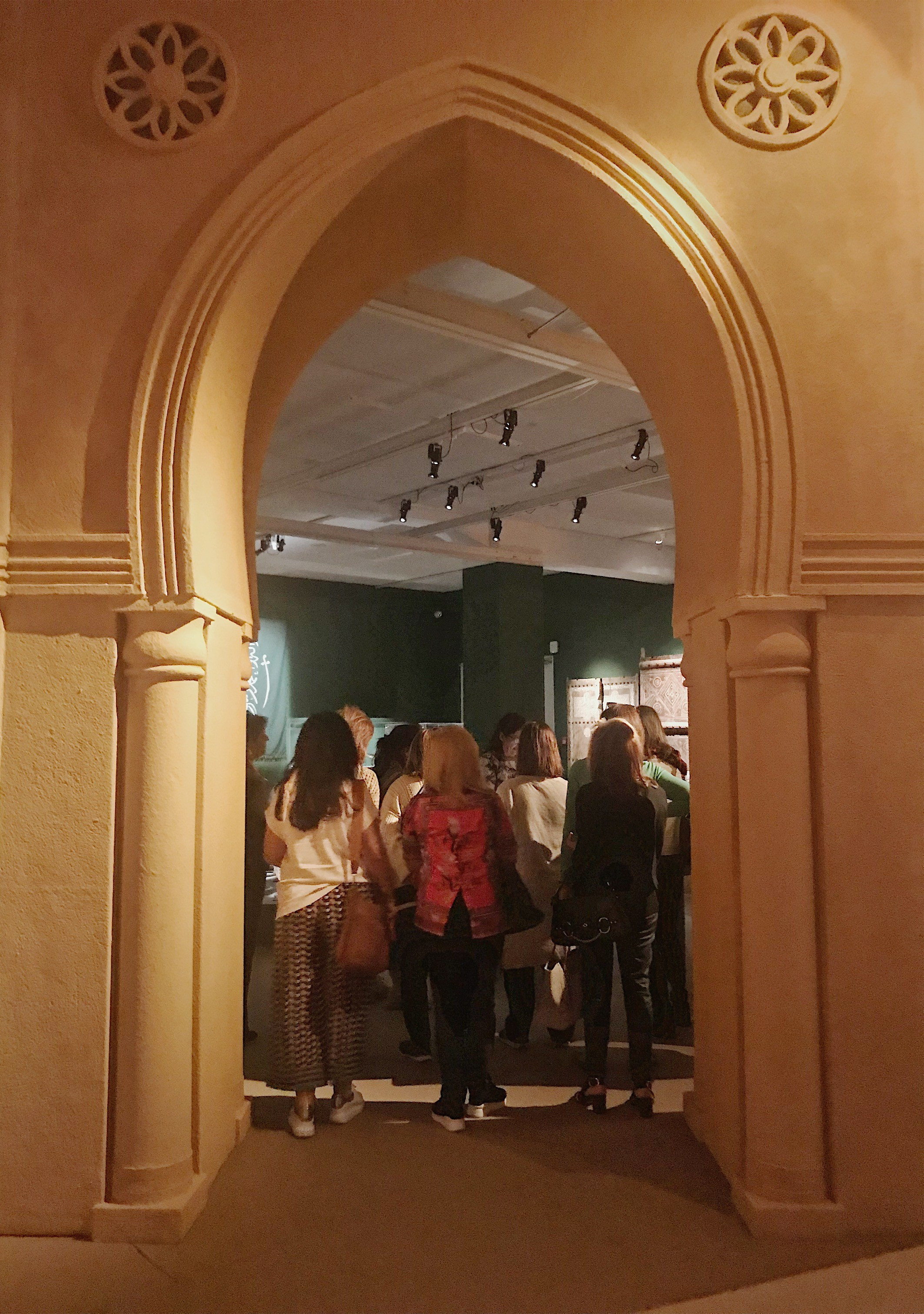 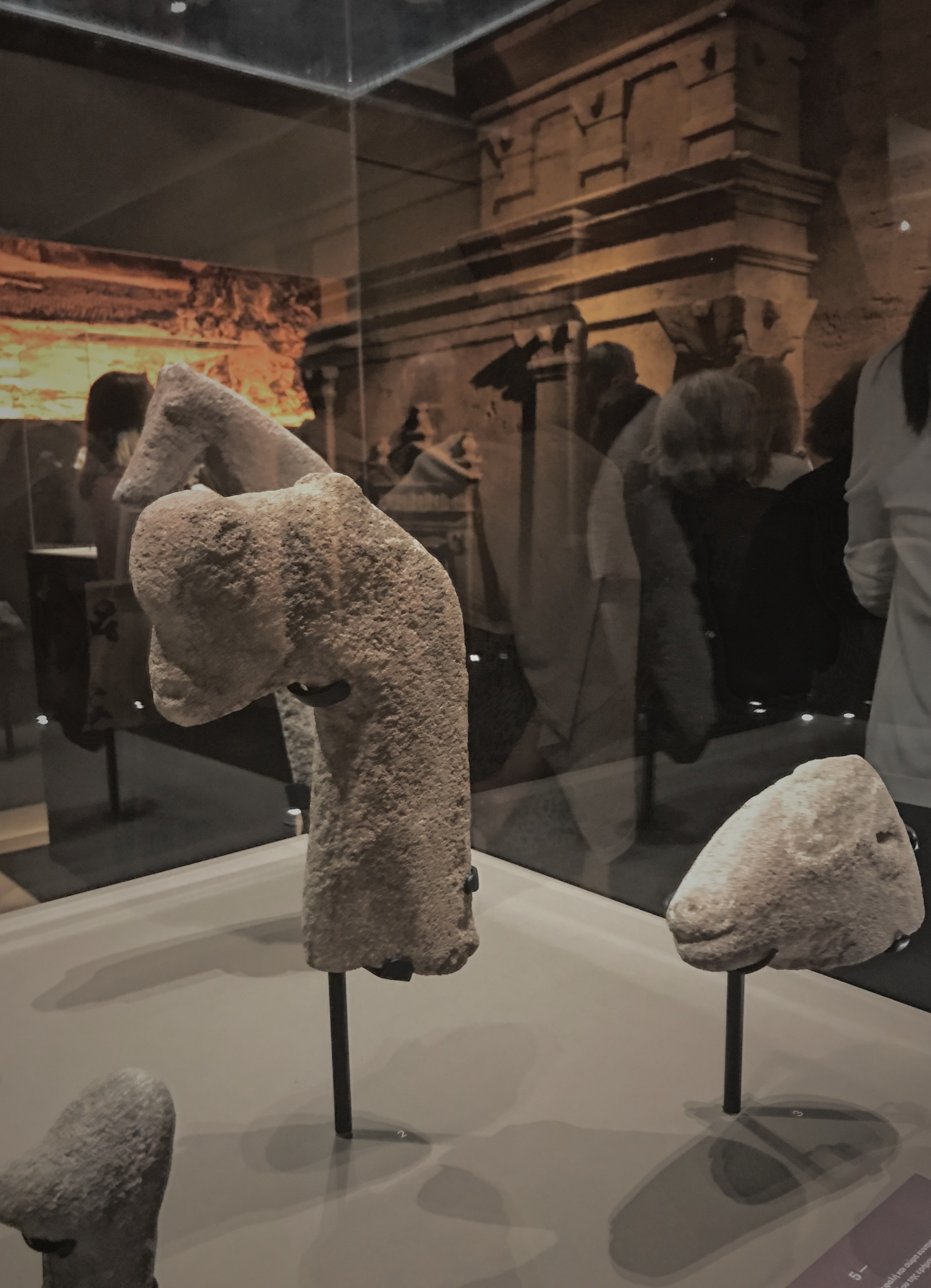 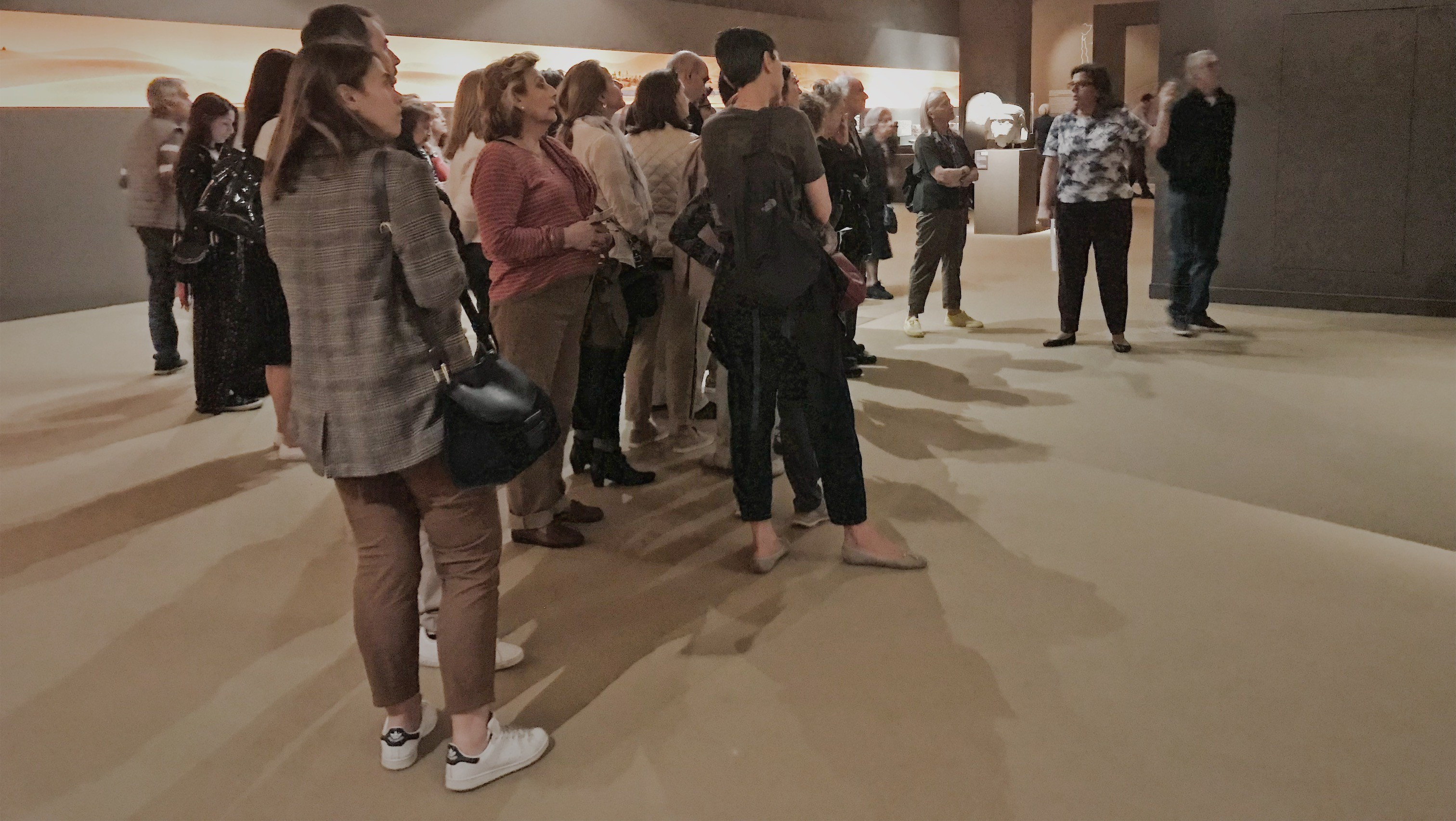 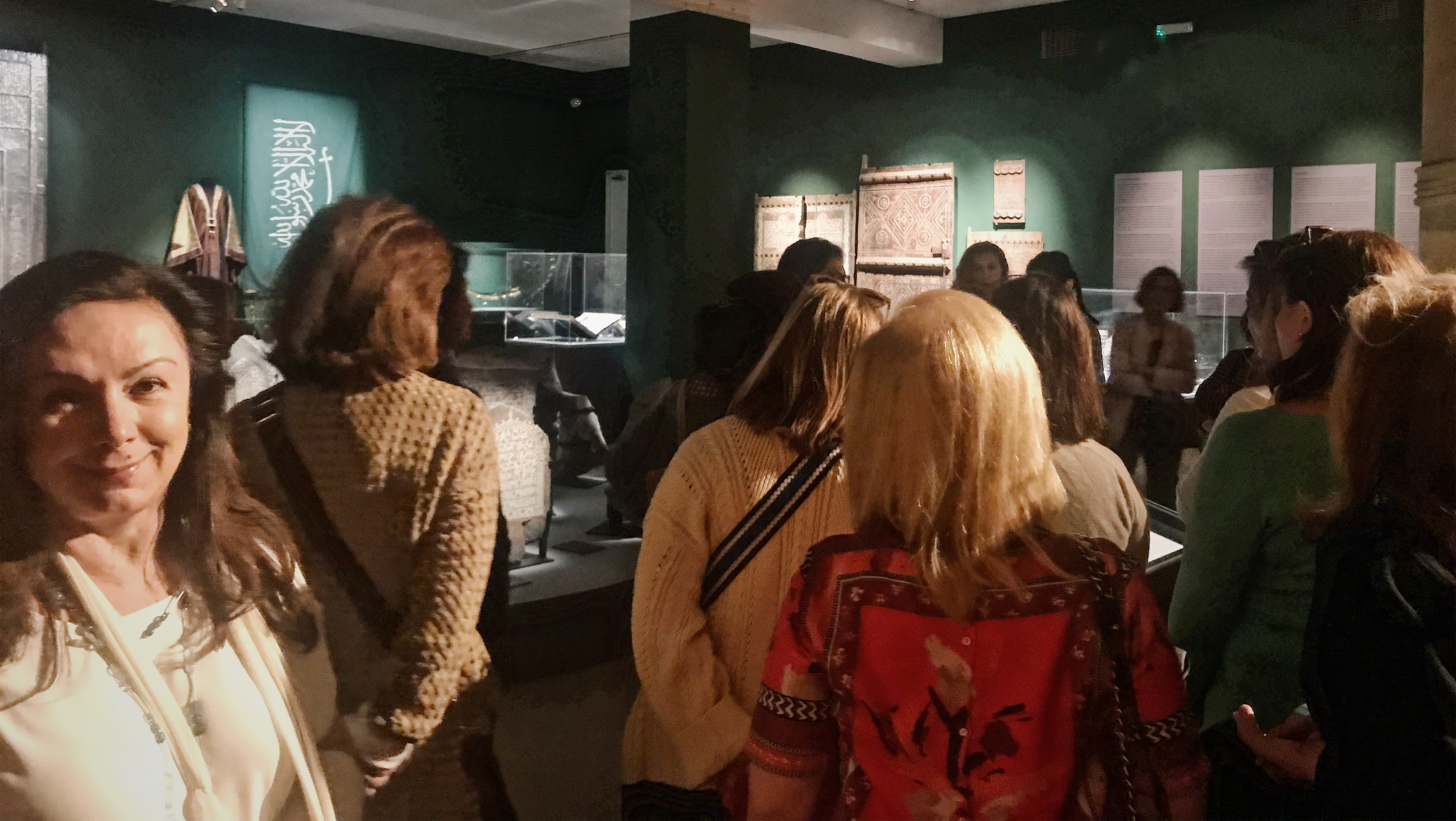 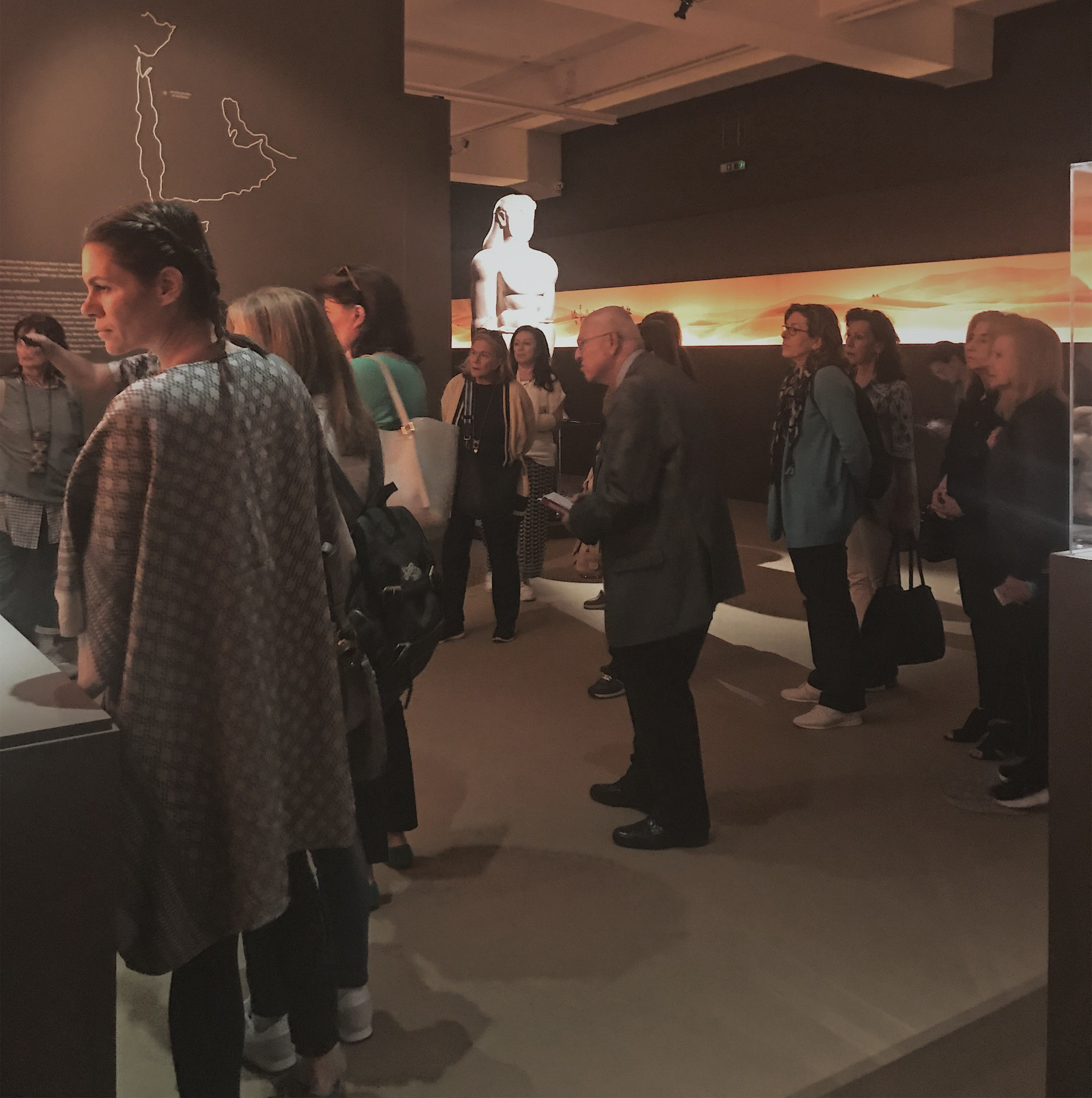 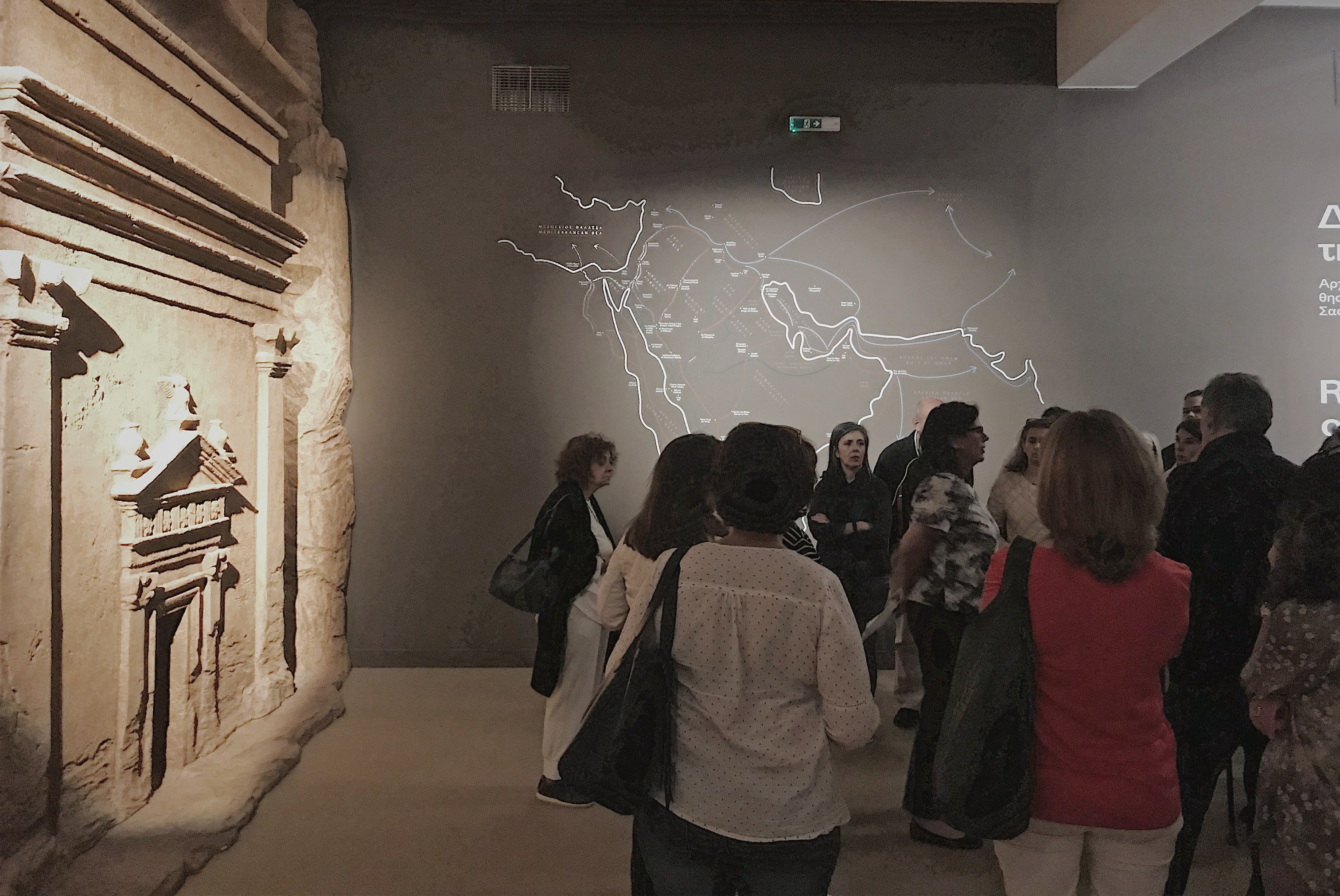 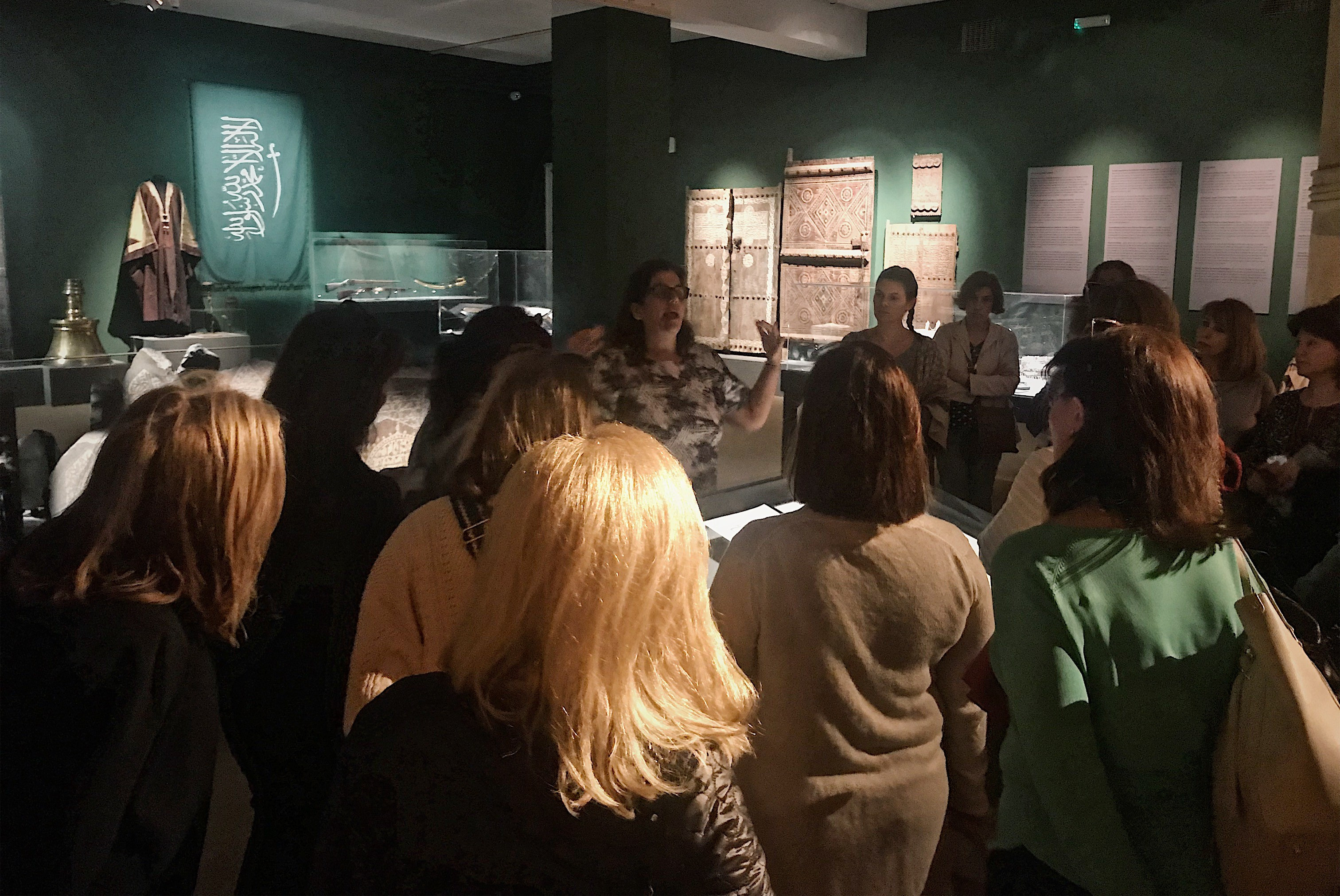