Panos Tsagaris (b. 1979, Athens, Greece) lives and works in New York. Tsagaris received his BFA from the Emily Carr Institute of Art & Design in Vancouver, Canada. He has exhibited extensively in Miami, New York, Vancouver, Athens, Berlin, Milan, Paris, Luxemburg,  Brussels and Hong Kong among others.

The artist writes about his ‘Golden Newspaper’ works: «They are based on a series of international newspaper covers that I have been collecting and which have for example as their main article the economic crisis in Greece, the refugee crisis et al. These artworks juxtapose the transformation that my home country has been going through the last few years with the symbolic transformation in the Alchemical work during which the undeveloped consciousness (lead) transforms into a fully developed consciousness (gold). Life is a “purification” process in which we, as modern alchemists, are trying daily to elevate our  “impure” self to the level where it can reunite with our “Divine” essence. The gold used in those artworks is a reminder of that process, a reminder of that ultimate goal» 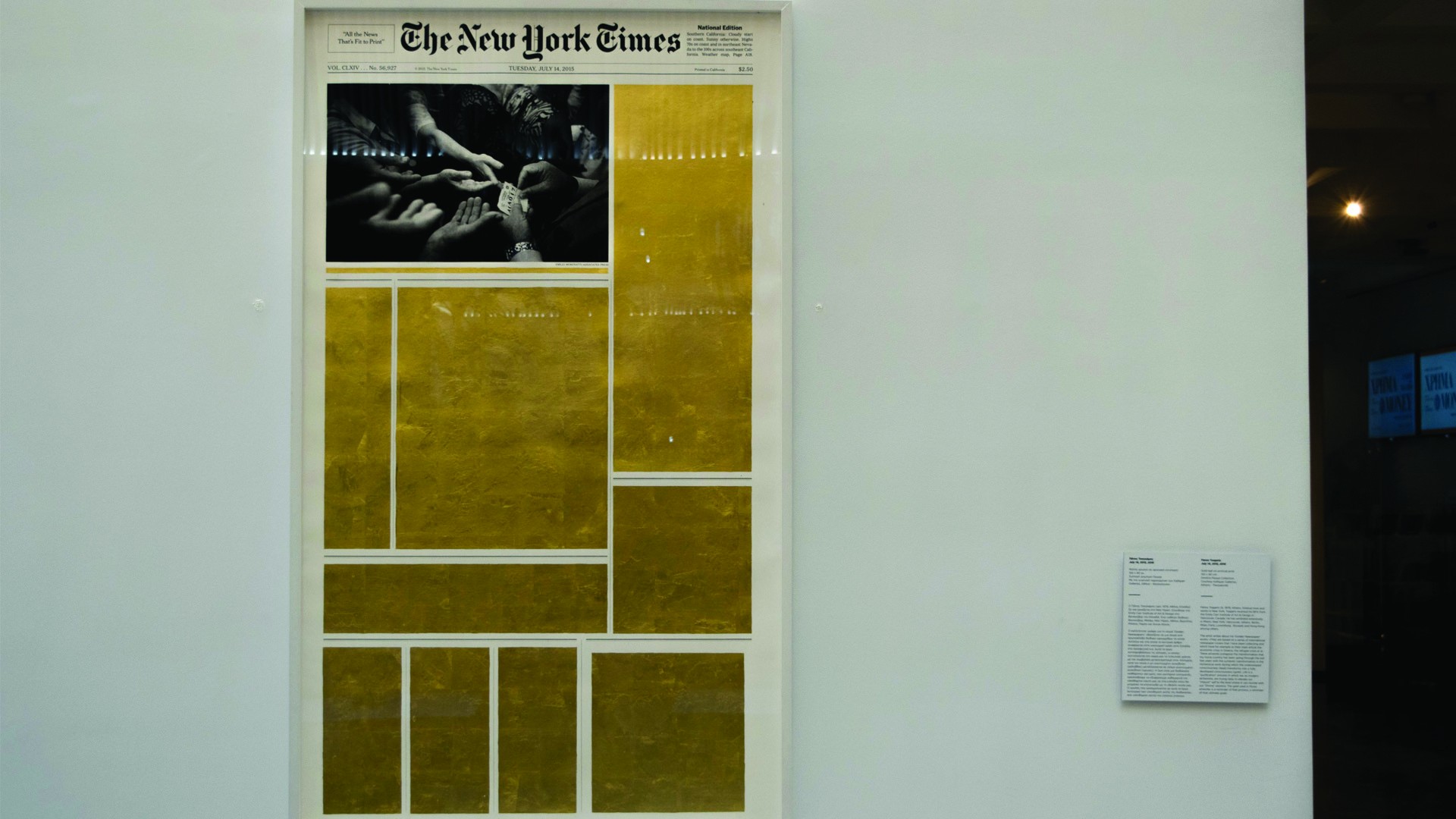 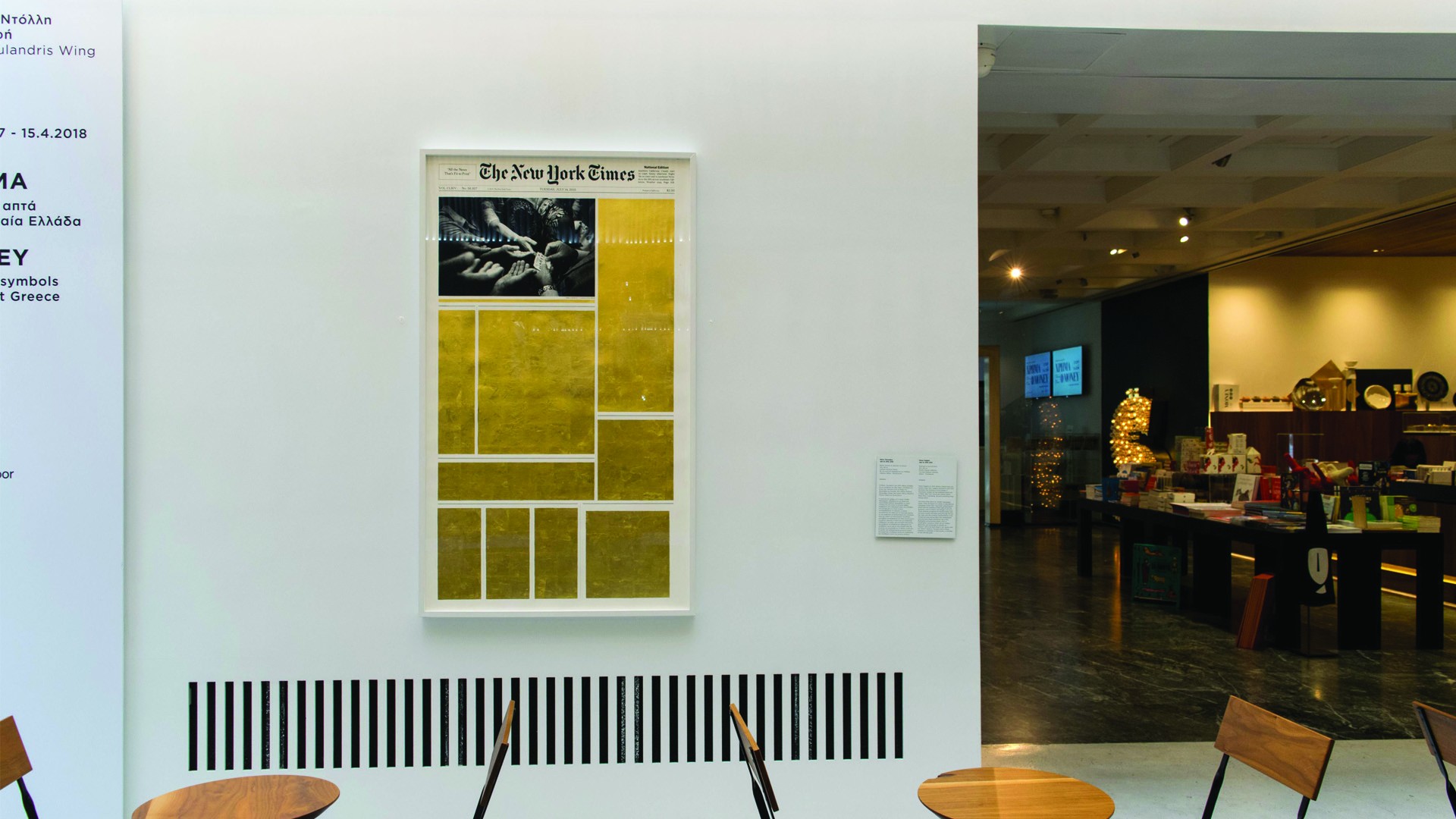