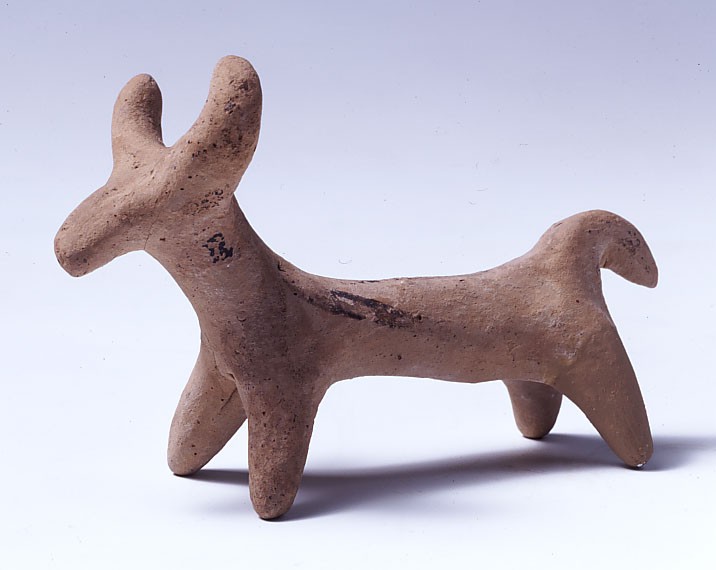 Typical animal figurine of the Late Mycenaean period (14th-13th c. BC) representing a bull or other bovine. Animal and human clay models appeared in Mycenaean Greece in the late 15th c. BC and quickly became common articles in funerary, ritual and domestic contexts. Their origin should be sought in the Minoan tradition, since figurines are totally absent from the Greek Mainland during the preceding Middle Helladic and early Late Helladic periods. However, the Mycenaean examples are quite distinct and highly uniform in style. Bovines are the commonest types of Mycenaean animal figurines and may have functioned as substitutes for actual sacrifice, perhaps in association with rituals aiming to evoke fertility. There are, however, examples of bovines drawing ox-carts, horses drawing chariots as well as driven oxen and ridden horses, whose symbolic value may have been more complex. Mycenaean figurines are frequently found in child-graves and some scholars believe that they may have been also used as toys.